The slow but steady rise of mediocrity

The slow but steady rise of mediocrity 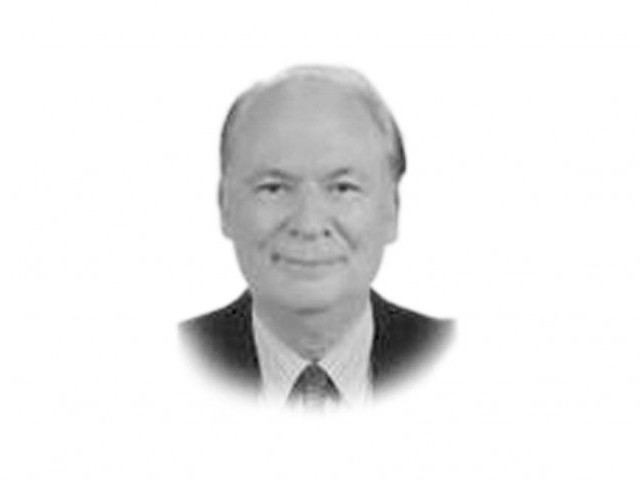 A rather droll email surfaced on my computer screen which I must share with the readers. It said that the first, second, third, fourth, fifth and sixth countries that have nuclear technology are thinking about how to advance in space and to make a permanent station on the moon. The seventh nuclear power, however, has more pressing issues to worry about.

It is debating on loadshedding, the creation of new provinces, the Ramazan moon, whether polio vaccinations are halal or haram, iodine mila namak aur Baanjh pan, whether to go in for a Nokia or an iPad, which are the cheapest telephone and SMS packages, Veena Malik, Rehman Malik and Riaz Malik, ‘Tuk Tuk’ Misbah and Zubaida Apa. There are at least 15 more burning issues. But what is the point of mentioning them in a country where a mob in Bahalwalpur can beat up a deranged man accused of committing blasphemy and set him on fire, while the police sits by whimsically as if it was watching a tableau enacting the burning of witches in medieval England?

Every analyst worth his salt would point to political instability and uncertainty, the absence of the rule of law, rampant unemployment, a high birth rate, uncontrollable inflation and corruption in the PPP leadership as the main causes of the malaise in which the country finds itself. In fact, parliament now has plans to spin off the judicial supernova and create a black hole which will suck up every legal meteor in its path, while el Supremo stands at the foot of some vertiginous summit that disappears into the clouds, as he churns out one controversial prime minister after another. Obviously, the lawyers are asleep.

However, on reflection, there is a much deeper basis for the current state of affairs — a root cause which, while it is not so obvious, nevertheless exists and has been there long before President Asif Ali Zardari ruled the roost. And this is the gradual ascent of mediocrity at all levels of Pakistani society — both in the public and private sector. There was a time when the civil service, in spite of its haughtiness, abrasiveness and inaccessibility, was the finest in the region. DCs could control a riot at the drop of a hat. They could also handle the rowdies in the political parties with their special forces hoodlums. And they knew how to impose the rule of law. We also had highly proficient engineers who could build barrages, bridges and dams and construct canal systems and section officers in ministries who could summarise a proposal reasonably well.

Pivotal positions both in the private and public sector were occupied by meritorious candidates and not because they were sycophants of people in power. There has been gradual deterioration in journalism, the legal profession, the judiciary and education. Remember the time when our universities had vice-chancellors and professors who were men of great learning, respected by both their peers and their students? Men who were specialists in their field and wrote learned tomes. Today, one can purchase a PhD from a shady British organisation without having been to a university. When we come to the political arena, the distance these Lotharios have travelled from any rational sense of reasonableness and decorum is shocking. Just listening to them spewing out their imaginary achievements, delivering lines of such vapidly portentous biliousness makes one wish they had morphed ages ago. Mediocrity has been on the rise for some time. And by the look of things, it is here to stay.