Nawaz league concer­ned about the resemb­lances to their party’s own tiger emblem.
By Zahid Gishkori
Published: April 14, 2012
Tweet Email 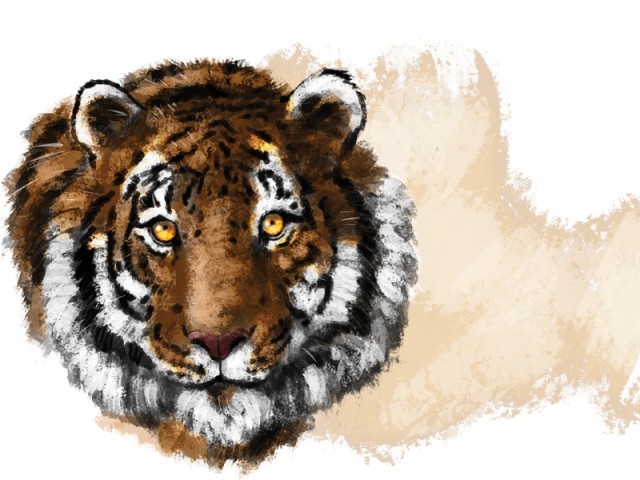 PML-N complained that thousands of its voters stamped their impressions on the ‘cat’ owing to its resemblance to the ‘tiger’ in the recent by-elections in Vehari where PPP's Natasha Daultana won.

The tigers in Pakistan, it seems, face an unusual threat – cats.

Pakistan Muslim League-Nawaz (PML-N) has requested the Election Commission of Pakistan (ECP) not to allocate the ‘cat’ as an election symbol to any political party/candidate due to its resemblance to the party’s own tiger emblem.

PML-N secretary general Iqbal Zafar Jhagra submitted an application to the ECP which says: “It is requested that any symbol that is similar to our ‘Tiger’ symbol and has the potential to confuse voters should not be allocated to any other political party/candidate.”

“In the recent polls in Vehari, where a candidate was allocated the ‘cat’ as a symbol, it resulted in the loss of thousands of our votes,” it added.

Jhagra told The Express Tribune that in order to ensure the sanctity of the polls, any animal symbol that has potential of creating confusion should be removed from the symbol list altogether.

PML-N complained that thousands of its voters stamped their impressions on the ‘cat’ owing to its resemblance to the ‘tiger’ in the recent by-elections in Vehari where Pakistan Peoples Party’s Natasha Daultana won. The ‘cat’ symbol was allocated to an independent candidate in the said constituency.

PML-N has also requested the Chief Election Commissioner of Pakistan to entertain its application to ensure the allocation of symbols to political parties/candidates is done keeping in mind the legal and socio-political issues highlighted herein. “The allocation of similar-looking election symbols to competing candidates within a constituency defies the spirit of election laws and has a detrimental effect on the overall democratic process.”

PML-N justified its concerns, saying that the national literacy rate is 55 per cent and even less among the elderly and rural population. Thus, the effect of confusing symbols is even more pronounced as a significant ratio of the voters cannot read the names of candidates on the ballot papers.

The ECP is likely to entertain the request as the very purpose of having election symbols is to facilitate voters who are unable to read.

Tractor imports: 13 years on, all except President Zardari stand acquitted