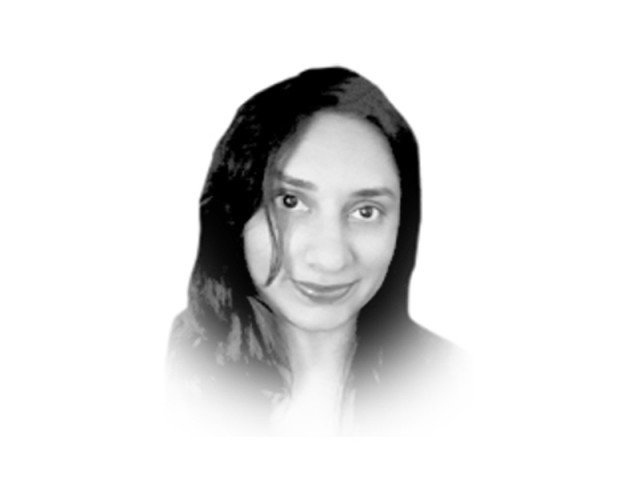 The writer is an author, most recently of Slum Child (2010). She has written for numerous publications including Dawn, The Friday Times and Chowk

The third Karachi Literature Festival is over, and by all accounts, it was an unmitigated success. Fifteen thousand people enjoyed two days of panel discussions, book launches, readings, writing workshops, theatre and musical performances; a hundred and fifty authors participated in the festival. Hanif Kureishi, Shobha De and Vikram Seth came to Karachi especially for this event — a huge honour, and thousands of Pakistanis flocked to their sessions to have books signed and photographs taken, showing that we in Pakistan really do love our books and the people who produce them.

I participated in a panel on women’s writing and moderated Mohammed Hanif’s launch of Our Lady of Alice Bhatti this year, I launched my novel Slum Child at last year’s Festival and I helped brainstorm the Festival in its first year of inception, so I feel personally invested in its success. Having witnessed the Festival grow exponentially over the last three years, I feel the Karachi Literature Festival has become the city’s premiere cultural event, offering a smorgasbord of literary-related activities easily comparable to any literature festival across the world.

Since I also run the official Karachi Literature Festival Twitter account, I’ve had the chance to encounter people’s criticisms of the event, expressed online in tweets that range from amusing to cynical to downright hostile. I had to answer practical questions, such as whether journalists needed to register for the event (they didn’t), would the event be live streamed (it was), and would the women’s bathrooms be in better shape than they were last year (that’s debatable, but I think they tried). More than one wisecrack asked if Salman Rushdie would be attending this year; I had to exercise remarkable self-restraint to not answer in my trademark sarcastic style that Salman Rushdie would probably rather be put to death than come to the Karachi Literature Festival. All of this gave me insight into what a difficult job it is for the organisers to run a festival of this scale. I believe that they surpassed everyone’s expectations both in terms of organisation and content.

There were three main concerns that people kept raising, in the month’s run-up to the Festival and the two days during the event itself. The first was the age-old question of why the Festival was run in English and why there weren’t more panels relating to Urdu literature. This speaks to our innate cultural complex and the fear that we are still subjects of the British Raj by choosing to conduct the Festival in the language of our former colonial masters. It is a valid concern, but we must realise that the Festival aims to be international in scope and attracts participants from many other countries in the region and elsewhere, so limiting it to Urdu would satisfy our need to assert our Pakistani identity, but damaging to our attempts to be part of a global literary community.

The excellent Asif Farrukhi, who has helped programme the Festival since its first year, ensured that there were many wonderful panels relating to Urdu literature: readings and conversations with Urdu fiction writers, the book launch of Shaista Ikramullah’s Koshish-e-Natamam, poetry readings with Iftikhar Arif and Kishwar Naheed and a panel titled ‘Re-birth of Ibn-e-Safi’ on the first day, plus a three-hour long Urdu mushaira session with 14 participants, all on the first day. The second day of the Festival had sessions on reading Urdu classics chaired by Intezar Hussain, an Urdu panel on Pakistani history, a panel on Urdu as a medium of instruction and a talk on Urdu literature. Mohammed Hanif even moderated a session on regional languages featuring beautiful poetry in Sindhi, Pashto and Seraiki. For a two-day Festival, that’s a lot of Urdu. And let’s not forget that it’s a mark of culture to be able to speak more than one language; it’s high time we moved beyond the assumption that speaking English is an imperialist imposition and recognise that it’s a global necessity.

Many people observed that the location of the Festival — the Carlton Hotel — was inaccessible to the average Karachi person as no public transportation includes the Marina and Creek area on its route. Why wasn’t the Festival held in a more centralised location, one that everyone could reach regardless of where they lived in the city? The Carlton has worked well in terms of both facilities and budget for the last three years. The Festival is still not large-scale and coping with thirty or forty thousand people is beyond its scope for now. Also, it’s more convenient to house out-of-town, jet lagged and disoriented authors on site, so that they can go to their rooms and rest between sessions. And the Carlton reserves right of admission to its premises in order to protect the privacy and security of all its guests, no mean feat considering 15,000 people trooping through the hotel grounds with remarkably little restriction on their movements once inside the building. Besides, the Creek behind the hotel, with its cheerful traffic of boats and the sparkling full moon reflected in its night waters provided a relaxing and charming backdrop to a Festival devoted to the most beautiful art in the world.

Finally, many people came straight out and said that the Karachi Literature Festival is an elitist event. But as Mohammed Hanif said in his launch, reading itself is an elitist activity. In fact, any art — music, painting, theatre, literature — and most intellectual pursuits can be regarded in the same light. Does that mean we shouldn’t indulge in them at all? With its mix of historical, political, journalistic and literary sessions, the Karachi Literature Festival offered something for everyone on those two days. And with a tiny population that wants to read Moby Dick and a larger population that would actually rather jump up and down on Moby Dick’s head, I do feel relieved that the Karachi Literature Festival remains an oasis for people who love reading in this surreal, violent and sometimes insane city. I’d certainly be out of a job if it didn’t exist.