Rain predicted to go on for two days

Rain predicted to go on for two days 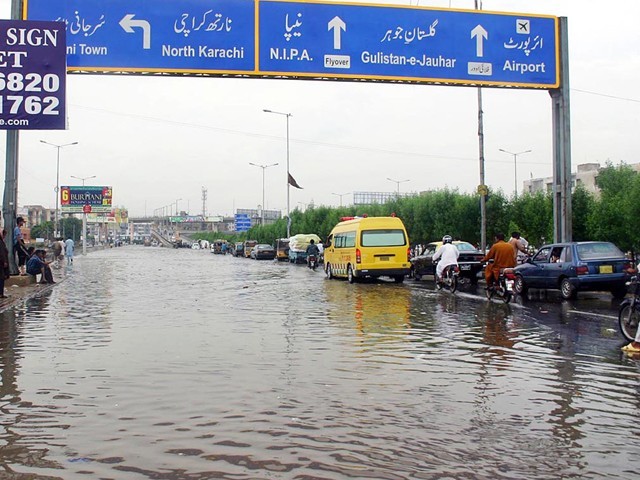 ISLAMABAD/KARACHI: Rain on Monday disrupted the flow of traffic in Nepa Chorangi, Saddar, Nazimabad and Pak Colony areas of Karachi.

Electricity supply to various areas has also been suspended, while the metrological department has predicted that the rain system will continue till Wednesday.

In addition, Pakistan Meteorological Department (PMD) forecasted scattered thunderstorm rains in Punjab and Islamabad during the next 24 to 36 hours.

According to MET analysis, a low pressure area is lying over North Bay of Bengal and under the influence of this system, strong monsoon currents are expected to penetrate into Pakistan from today.

This low pressure area is likely to approach southern parts of the country on Tuesday which will cause scattered rains during the next 24 to 48 hours.

In Khyber-Pakhtunkhwa, Kashmir and Gilgit-Baltistan, scattered thunderstorms and rain is expected during the next two days. Thundershower may also occur at scattered places in Southeastern Sindh and eastern parts of Balochistan during the next 24 hours.

According to Flood Forecasting Division’s report, River Kabulat Nowshera is in medium flood, while River Indus at Chashma, Taunsa, Guddu and River Ravi at Balloki are in low flood.