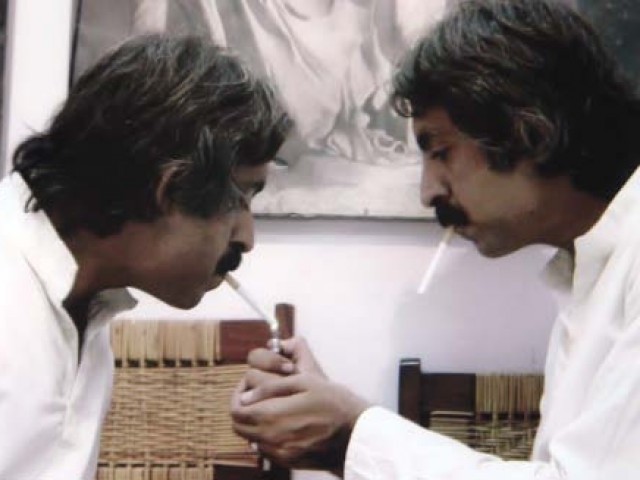 KARACHI: Of the thousands of people that you cross paths with through life, it is often just a small pool that has the largest impact on you. The artists gathered at the Canvas Gallery used this fact as a rule of thumb when it came to the people they paint.

Ahmed Ali Manganhar, Ayaz Jokhio, Amber Hammad, Haider Ali Jan, Shalalae Jamil and Mohammed Ali Talpur’s exhibition titled ‘Identity Crisis’ launched on Monday. Done in a wide range of mediums, the portraits depicted people who have influenced the artists’ lives, or those of others, in a significant way.

Art critic Zubaida Hussain explained that the artists tend to portray images of individuals that have affected a greater number of people in order to cater to their audience.

The artists’ choice of media ranged from pencil on paper, newspaper collage on wasli, graphite on paper to digital prints on paper and archival papers.

“Identity is [being formed perpetually] and as a result of the socio-cultural construction around it, it has always been of interest to me,” said National College of Arts (NCA) graduate Amber Hammad, explaining her choice. “These works belong to different times and places in my life, and they explore identity, society and culture, as it exists and transforms around me.”

Ayaz Jokhio’s depiction of the Quaid-e-Azam, a newspaper collage on walsi paper worth Rs300,000, was one of the favourites at the exhibit. The Sindhi NCA graduate’s second piece, another newspaper collage, was of Allama Iqbal titled ‘Head and Tail’. This was the most expensive portrait at Rs400,000.

But there was plenty of other more affordable work available. Prices began at Rs30,000 and proof of the popularity of the work came in the form of a large number of little red stickers next to the frames – indicating that a painting had been sold.

Mysterious attack: Man who filed FIR against Afaq shot at