With gains from jalsa, PTI set to woo ‘political orphans’

With gains from jalsa, PTI set to woo ‘political orphans’ 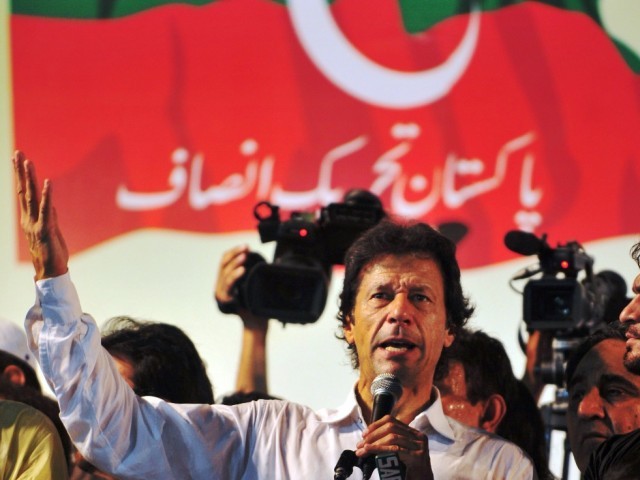 The rally was over a week ago but the dividends have only started to materialise. With manifestly popular support under its belt, the Pakistan Tehreek-i-Insaf has set out to reap the political windfall from its October 30 gathering.

A PTI delegation will visit southern Punjab after Eid and hold talks with serving national and provincial assembly members and seasoned politicians regarding their induction into the party, PTI Punjab chapter President Ahsan Rashid told The Express Tribune.

Rashid, who will lead the delegation, said he would finalise talks with MNAs from various political parties. Among those who have expressed their desire to join forces with the party, or are willing to hold talks, are PML-Q MNA Raza Hayat Hiraj, five times MNA from Bahawalpur Makhdoom Ahmad Alam Anwar and PML-Q MPA Ata Muhammad Maneka. Rashid said he would meet all three in his upcoming trip to the region and finalise negotiations.

He added that he has a hectic schedule and would be negotiating with PML legislators as well, but refused to disclose their identities.

Maneka and the unification bloc

While neither Maneka nor Hiraj responded to this correspondent’s calls, sources say Maneka’s case is sketchy.

A close friend of former governor Mian Azhar, who recently joined the PTI, Maneka was a senior leader of PML-Q’s dissident faction, the Unification Bloc, in the Punjab Assembly and openly supported the PML-N government in the province. Differences, however, developed between Chief Minister Shahbaz Sharif and Maneka over granting development funds for his constituency, sources say.

The PTI is not the only new kid on the bloc. PML-Functional MNA Jahangir Tareen’s “clean party,” announced six months ago, is also stepping up on the political front, albeit with much less fanfare than Imran Khan’s PTI.

Sources say Tareen contacted Imran on Sunday and assured his ‘full support’ to make room for both parties in the upcoming general elections.

“We will go for a joint political venture with PTI,” senior leader Ishaq Khakwani told The Express Tribune.

Stressing that clean party leaders will not “join” the PTI, Khakwani said the two parties could forge an alliance due to similarities in their objectives.

While there was no concrete decision on a formal alliance, PTI’s Information Secretary Umer Cheema said his party “welcomes all clean politicians, including Jahangir Tareen.” PTI’s spokesperson also confirmed Tareen’s links with the PTI and said he hoped to meet him during his visit to the region.

Some political analysts, however, dismiss Tareen’s initiative and say he’s an industrialist, not a politician.

An analyst from Bahawalpur said that Tareen is “the only member of his party.” Alleging that Tareen has “always won the seat with the support of his brother-in-law PML-F MPA Makhdoom Ahmad Mehmood,” the analyst said he could “only join the PTI.”

PML-N senior leadership, however, has good relations with Mehmood, and he is likely to contest his next election on their ticket, well-placed sources told The Express Tribune.

On the other hand, PML-Q’s like-minded faction, headed by Hamid Nasir Chattha and Khursheed Kasuri has expressed desire to form an alliance with the PTI.

(Read: Warning bells for the PML-N and the PPP)

With additional input by IRFAN GHAURI AND ZAHID GISHKORI in ISLAMABAD.