FM hits back at US, denies ISI involv­ement, says Pak must not be tested.
Published: September 27, 2011
Tweet Email 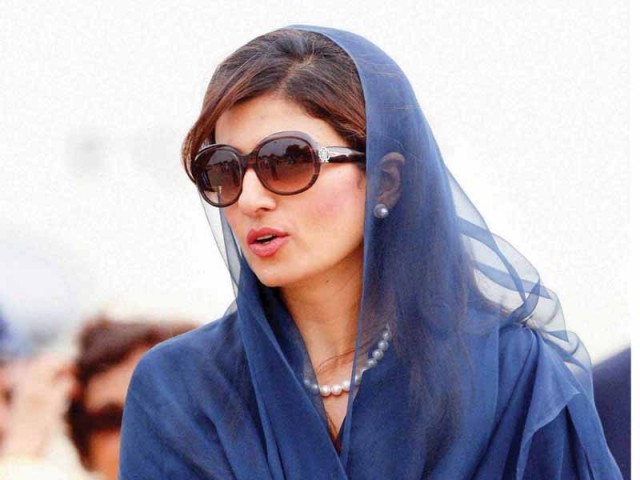 FM hits back at US, denies ISI involvement, says Pak must not be tested. PHOTO: FILE

NEW YORK: In a forceful response to US allegations, Foreign Minister Hina Rabbani Khar has said that the Haqqani network had been the Central Intelligence Agency’s “blue-eyed boy” for years.

During an interview with Al Jazeera television network, Khar rejected US allegations against the Inter-Services Intelligence agency (ISI), saying that it had no link with the Haqqanis.

“If we’re talking about links, I am sure the CIA also has links with many terrorist organisations around the world, by which we mean intelligence links,” she said. “And this particular network, which [the US] continues to talk about, is a network which was the blue-eyed boy of the CIA itself for many years.”

When asked specifically about Chairman of the US Joint Chiefs of Staff Admiral Mike Mullen’s statement that the Haqqani group “acts as a veritable arm” of the ISI, Khar said, “It is something that goes very, very unappreciated on our side. This is unsubstantiated. No evidence has been shared with us.” Partners and allies, she said, do not talk to each other through public statements.

Khar said that Pakistan had taken up the matter with the US, but the spate of hostile statements coming from senior US officials meant that Washington had taken a policy decision. If this is the case, she said, Pakistan has the right to make its own decision.

Khar emphasised that Islamabad wanted to remain an ally of Washington, but simultaneously qualified her statement. “I just hope that we’ll be given a chance to cooperate with each other and doors will remain open – because statements like these are pretty much close to shutting those doors,” she said.