The intolerable stench of betrayal

The intolerable stench of betrayal 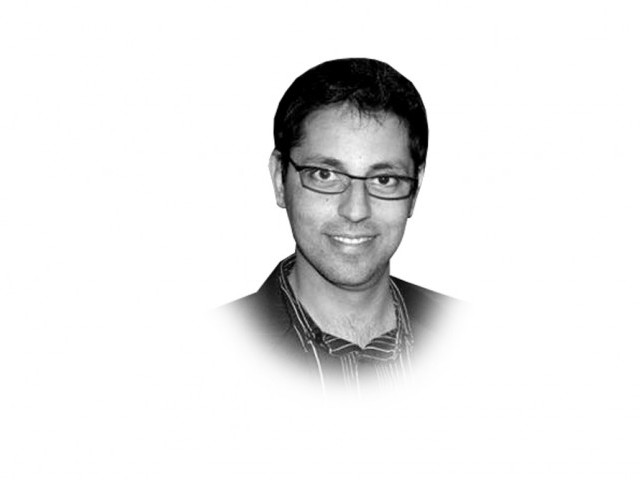 The writer is sports editor of The Express Tribune and tweets @farasG faras.ghani@tribune.com.pk

For just over 12 months, there loomed an iota of injustice, a passing thought that may deem Mohammad Amir an innocent bystander dragged into the controversy to tarnish his swift ascent to stardom.

There was a chance that maybe the innocence that used to drip off his face, surround his fragile frame and come roaring out with the repeated grins, had grounds to it. The expression, the ebullience, the sweet smell of determination and audacity that belied his age reeked of betrayal last year when the crimes were reported. It became intolerable as the details came to light, the bans came into effect and the court got involved. Now the smell is excruciating.

There were charges, denials, hearings, appeals, bans, rebuttals followed by the trio adamantly pleading innocence, sharing plans to head wherever it takes to clear their name of a crime they, supposedly, had not committed.

Invited as experts during the World Cup, representing the society on Eid and wandering about Hyde Park unperturbed, as if the nation still idolises them — and many do — Amir, Salman Butt and Mohammad Asif oozed tranquillity and an eerie sort of calmness, one that is often witnessed before the storm.

Amir’s confession — confirmed by those who told him not to do such a thing — delivered the blow.

Though the time it took him to take that step — and the conditions offered to him to own up are still at large — is beyond comprehension, it depicts the sorry state of our society and the legal advice he sought. The power of denial in front of fans, family and supporters, betraying the trust of a nation, was at its best display. The admission of guilt shunned shamelessly, and with utmost ease, until the end neared and the repercussions loomed glaringly in the line of vision.

Perhaps the admission came with leniency in mind. Maybe it was forced upon by a conscience that drove him to yearn an honest living in his early days. It could be the result of a change in lawyers. He is believed to have said that he was coerced into over-stepping and did not commit to the stretch out of greed. He has also believed to have, following the bans, acted out of expert advice given to him: to deny the truth.

Amir is a smart cricketer, perhaps too smart for his age. For a teenager who would over-rule his captain even with field placements, watching a career get ruined by the ‘advice’ forced upon him — by Butt or his lawyers — is stupid. Coming off the blocks was a career that threatened records, awards and the deity that is Wasim Akram, the sprint, catapulted by a winner’s medal in his maiden appearance for Pakistan — the 2009 World Twenty20 — faced a premature end, forced out of steam by his ‘well-wishers’.

How this affects the remaining duo will be made clear shortly. The investigations are still ongoing. The verdict, however, has been long delivered.

On the eve of the Pakistan-India duel in the 2009 Champions Trophy, beaming as it was chaand raat in the lobby of a Johannesburg hotel, Amir promised honesty, integrity and plans to get hitched early to avoid controversies. Of course, everyone makes mistakes, even gifted individuals. The key is to be able to start afresh.