PCB says it did everyt­hing it could to defend the player­s, includ­ing hiring top Britis­h lawyer­s.
By AFP
Published: September 6, 2011
Tweet Email 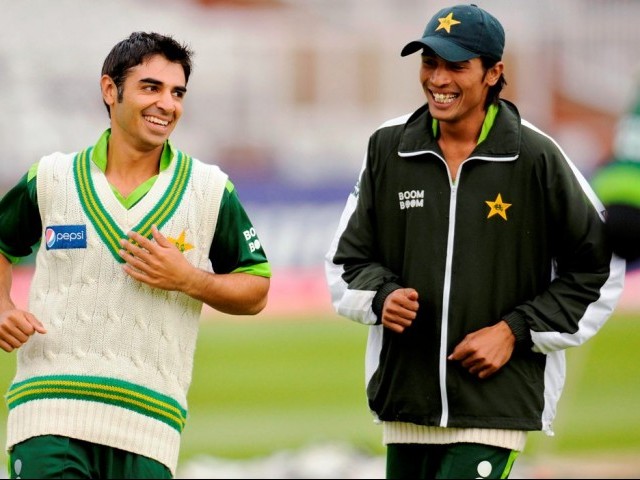 PCB says it did everything it could to defend the players, including hiring top British lawyers. PHOTO: REUTERS/FILE

KARACHI: Pakistan’s cricket authorities on Monday defended their handling of the spot-fixing scandal last year which led to three Test players being given lengthy bans from the game.

In August 2010, Britain’s now-defunct News of the World tabloid alleged captain Salman Butt and fast bowlers Mohammad Aamer and Mohammad Asif had arranged deliberate no-balls for money from an agent during the Lord’s Test against England.

The case rocked Pakistan cricket and led to Butt being banned for 10 years, with five suspended, Asif for seven with two suspended and Aamer for five. The trio also faced criminal proceedings in London.

The Pakistan Cricket Board (PCB) on Monday rejected allegations from Asif that it had failed to handle the case properly.

“PCB notes with deep regret that an attempt is being made through the media that PCB failed in its duty to protect the three cricketers who were accused of spot-fixing,” said a release, referring to claims Asif made in a television interview last week.

The PCB said it did everything it could to defend the players, hiring top British lawyers and sending a legal adviser to accompany them to the police station.

“Therefore the bald allegation by Mohammad Asif of falsely accusing PCB of dereliction of duty is incorrect and an afterthought,” the release said.

Since the spot-fixing case, the ICC has forced Pakistan to take stern measures to stamp out graft, including anti-corruption clauses in players’ contracts and checking players’ assets at regular intervals.