The suspects were arrested in multiple raids across the city. Weapons were recovered as well. Earlier in the day the police had arrested a suspected target killer called Shehroze, whose details they said they would reveal to the media later in the day.

He was arrested from Lines Area and had confessed to have killed five people including a police informer Iftikhar whose body was recovered from New Karachi on Shehroze's indication. A TT pistol and dagger were also recovered from Shehroze which he claimed to have used to slit Iftikhar’s throat.

The second suspect, Muhammed Ali alias ‘Kuppi’ was arrested from New Karachi. A pistol was recovered from him.

A third suspected target killer called Majid alias ‘Kaalu’  was arrested from Pak Colony. According to police officials, he was involved in the killing of two people and was also running an extortion ring from Lyari Bakra Peeri area.

In another raid conducted by Rangers in Lyari on a gambling den, Abdul Majeed alias ‘Bubble’ was arrested along with five other.

Earlier the police had arrested an alleged target killer during an ongoing operation in Karachi meant to curb the rising violence in the city, reported Express 24/7 on Sunday.

A rifle and a pistol were also seized from him.

Express 24/7 correspondent Ahmed Jung said that the police has disclosed all information about the suspect including who he worked for and in which areas. The suspect will also be exposed on the media, where he will confess about his activities.

Later, a body was recovered from North Karachi Sector B-5 area on the basis of information received from the suspect.

Separately, police arrested another suspect from the New Karachi area and seized three Kalashnikov rifles and ammunition from him.

Earlier, Interior Minister Rehman Malik announced that several target killers were arrested by law enforcement agencies in the city and promised to expose them on the media.

“We have shown the video of detained target killers to traders and very soon it will be released on TV channels,” he said.

He was talking to a delegation of real estate developers at State Guest House in Karachi on Sunday.

The interior minister asked the delegates to identify the land grabbers and all those who are threatening the builders.

He said that all those whose land has been taken by the land mafia can submit an application for recovery of their land.

Malik also announced a cash prize of Rs50,000 for Police Officer Munir who earlier arrested a target killer in Karachi.


About a dozen suspects, including four alleged target killers, and an alleged extortionist were caught during raids conducted by the police and Rangers in different parts of the city.

Nine people were arrested during a search operation by the Rangers in Bakra Piri, Lyari, and Jahanabad area of Pak Colony, SITE.

Two alleged target killers, Shakeel and Asif, were arrested from a house in Gulistan-e-Jauhar in a separate raid.

The Special Investigation Unit also claimed to have arrested an alleged target killer identified as Shehroz Yousuf, from a house in Lines Area.

They claimed he confessed to slaughtering five people with a blade. A rifle and a pistol were seized from Yousuf’s possession. According to SIU SI Munir, Yousuf told them about the location of a body which was found from North Karachi’s Sector B-5.

Rashid Baloch was arrested near the Shipowner’s College in Nazimabad. Shahrah-e-Noorjahan police said that had been involved in the kidnapping and murder of Riaz Baloch.

The Anti-Violent Crime Cell also arrested an alleged extortionist, Shahid, from New Town. Three Kalashnikovs, two rifles, and around 1,000 bullets were found on him.

The men were taken to an undisclosed location for questioning. The police did not mention their political, ethnic or criminal affiliations, if any.

A spokesman for the Pakistan Rangers in Sindh said that the details were being put together and the media would be informed about any developments.

Karachi’s victims of violence: A mother remembers her first born

Karachi tour: Malik says target killers are on the run

Army voices its concerns over Karachi

In a city where 300000 licenses were issued just in last 3 years by former provincial interior mnister and there has been any number of unlicensesd weapons including Kalashnikovs, finding 4 people who have one pistol/rifle each does not reassure that the true target killers have been picked up. Nor does it justify a statement that weapons were caught. Had they find 2 dozen Kalashnikovs, hundred pistols and thousands of round of magazines, I would have more faith that the true lynch pins are being arrested.

It is appropriate that these people's faces are hidden because they are innocen until proven guilty/ More so because government is under pressure to deliver results and may simply have picked up some minor thugs rather than true target killers. If these are not true target killers and their faces are shown, in a city like Karachi where vigilante justice is widely prevalent, their family members may come to harm even though these people are not even the real target killers.

VIEW MORE COMMENTS
Dr. Adnan | 9 years ago | Reply One thing I don't understand and would like ET to cover it as well in their news / article or anything that WHY THE FACES OF THESE RUTHLESS PEOPLE ARE COVERED. SHOW THEIR DIRTY FACE TO THE PEOPLE OF PAKISTAN THAT THESE ARE THE REAL CULPRITS BEHIND THIS HEINOUS CRIME So much hate comes out from me whenever I see these criminals covered in this "chaddar" to safeguard their identities.
Ahmed | 9 years ago | Reply

criminals are arrested and always released, few years down the road. their sponsors feed their families and provide them all they need. What else to these criminals need. They dont have to work to make living, just kill, abduct, extort a few people. then get caught, go to jail. and then all financial woes are taken care of

CJP, hang them.....everyday in public... this may put a stop..because what does not kill you makes you stronger....all you anti capital punishment activists... please stay quite... a few hundred hangings... will put a stop to thousands of murders every year...

Lets not try to save the government(s), lets save the country

If governance is good, government will come back

It is a drama. They are released as quick as they are caught. There is no end to this tragedy.

And Zaid hamid in the latest episode of Brasstacks has identified the target killers as "Amar Singh, Heera Laal, Panna Laal, Phetu Laal and Chotu Laal".

Why are the faces of the arrested killers/criminals kept covered by the police/ rangers and not shown to the media and the general public? This practice must stop! The people must see and recognise the faces of those who are playing havoc with innocent lives not only in karachi but all of Pakistan. Showing the faces of these criminals will (1) reduces the chances of the police/rangers producing innocent people and claiming false successes (2)  that by showing the faces of the alleged criminals they will have little chance in duping the people and the media (3) they i.e police/rangers will think twice before releasing these criminals under political or other pressure as they will be easily exposed (4) will give the general public a chance to participate by coming forward with evidence or information to help the police (5) this practise will bring some semblance of transparency. The media has the duty of doggedly pursing these high profile cases and seeing that the police, government & the courts ensure that these criminals are speedily punished for their henious crimes. The media should and must abstain from sensationalism at all costs! The media and civil society must exert maximum pressure on the police/rangers/government to rid the police of this practise no matter what reason they trot out to justify it.

what a nick names they got kaalu, bubble, chacha, kabooter, kawa, nana, hahahahahahaha

I hope and pray that since there association with crime is registered and they have confessed about their crime, they should be hanged as soon as possible. If they are not hanged as has been done in the past, then believe they were the actors and not the real terrorist.

Why do they cover there faces up?? why dont they let the world see who they are

The heirs of slain people would like to the see the faces of those target killers who killed their loved ones and in many cases the only bread earner of many families.

The day for the judgment of target killers is very close. This time they will not be bailed out and set free to kill more innocent people.

I'll be quite surprised and contented if these people are actually shown on TV regardless of their ethnicity/Political Association...

Rest assured, such people exist in all factions. 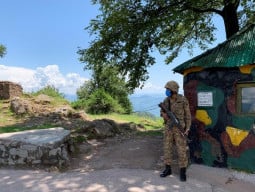 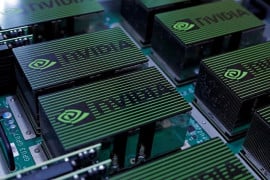 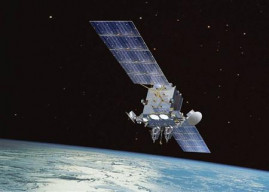