Battered Liverpool have to 'reinvent' themselves, says Klopp

'A matter of honour': Women forced to stay in flooded village

We are Baloch and Baloch don't allow their women to go out, says a resident of village Basti Ahmad Din

The elders of one village refused to allow the women to evacuate to higher ground because it would mean them having to mix with men they weren't related to. PHOTO: AFP

The 400 residents of Basti Ahmad Din, a tiny Pakistani village left surrounded by floodwater after torrential monsoon rains, are facing starvation and disease.

But they have refused pleas to evacuate.

Leaving for a relief camp would mean the women of the village mingling with men outside their families, residents told AFP, and that would violate their "honour".

The women of Basti Ahmad Din do not get a say. 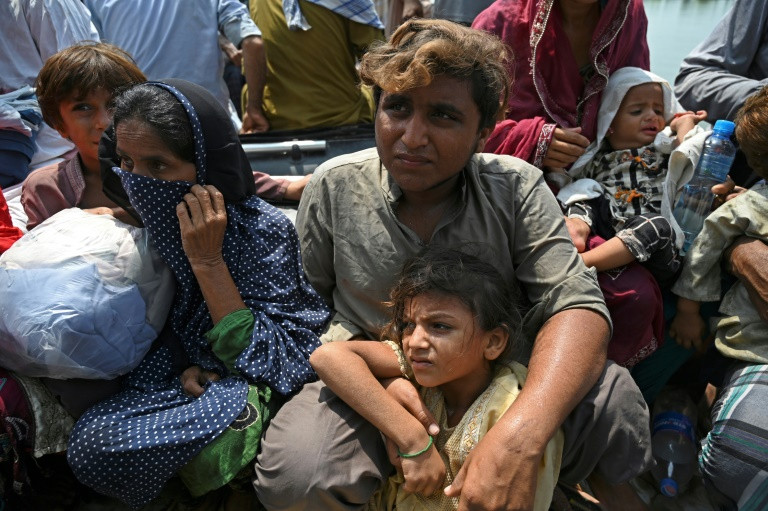 "It is up to the village elders to decide," said Shireen Bibi, 17, when asked if she would prefer to go to the safety of a camp on dry land.

Read more: Shame, misery as floods leave many without toilets

Catastrophic monsoon rains blamed on climate change have left vast swathes of Pakistan under water this summer, with villagers such as those in Basti Ahmad Din grappling with the destruction of their homes and livelihoods.

More than half of the 90 homes in Basti Ahmad Din, located in the Rojhan area of Punjab province, have been destroyed.

The cotton crops that surrounded the village when the rains started in June are now rotting in flooded fields, and the dirt road that once connected to the nearest city is under three metres (10 feet) of water.

Rickety wooden rowboats are the only way for villagers to head out to purchase food and supplies.

They are also expensive, with their operators charging fares far higher than normal. 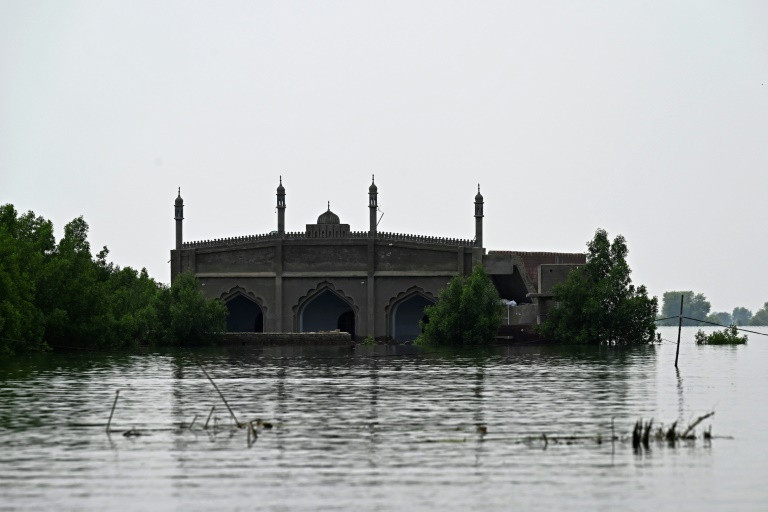 Basti Ahmad Din's families have worryingly low amounts of food left, and they have decided to pool and ration whatever wheat and grain they managed to salvage after the rains.

Numerous volunteers who come to the village to drop off aid packages have pleaded with the residents to leave for safety, to no avail.

"We are Baloch. Baloch don't allow their women to go out," said Basti Ahmad Din resident Muhammad Amir, referring to the dominant ethnic group in the village.

"The Baloch would rather starve and make do than let their families go out."

In many parts of conservative, deeply patriarchal Pakistan, women live under a strict system of so-called honour.

It severely limits their freedom of movement and how they interact -- if at all -- with men outside their families.

Women can even be killed for bringing "shame" by interacting with men or marrying someone they, rather than their families, choose.

And in a disaster situation such as the floods in Pakistan, this code can completely cut off women and girls from basic needs such as food and medical care.

Instead of taking their families there, the men of Basti Ahmad Din make the expensive boat trip to the nearest relief camp for aid and supplies once a week.

The village elders -- all men -- say it is only acceptable for women to leave in "emergency" situations such as ill health.

Natural disasters do not count, and one elder named Mureed Hussain said they did not evacuate during the last catastrophic floods in 2010.

"We didn't leave our village then," he told AFP.

"We don't allow our women to go out. They can't stay in those camps. It's a matter of honour."