Police say accident occurred near Pindigheb due to over speeding

Two men in the van were burnt to death when their vehicle caught up fire after colliding with a double cabin vehicle. PHOTO: EXPRESS
RAWALPINDI:

Two men were burnt alive when a van caught fire near Locus 86 on the CPEC route near Pindigheb on Monday.

According to Motorway Police, the accident occurred as the van collided with the official government vehicle belonging to Chief Engineer WAPDA, Mianwali. Two men in the van were burnt to death when their vehicle caught up fire after colliding with a double cabin vehicle, they said, adding that both the vehicles involved in the accident were taken into custody by the motorway authorities and handed over to the local police. 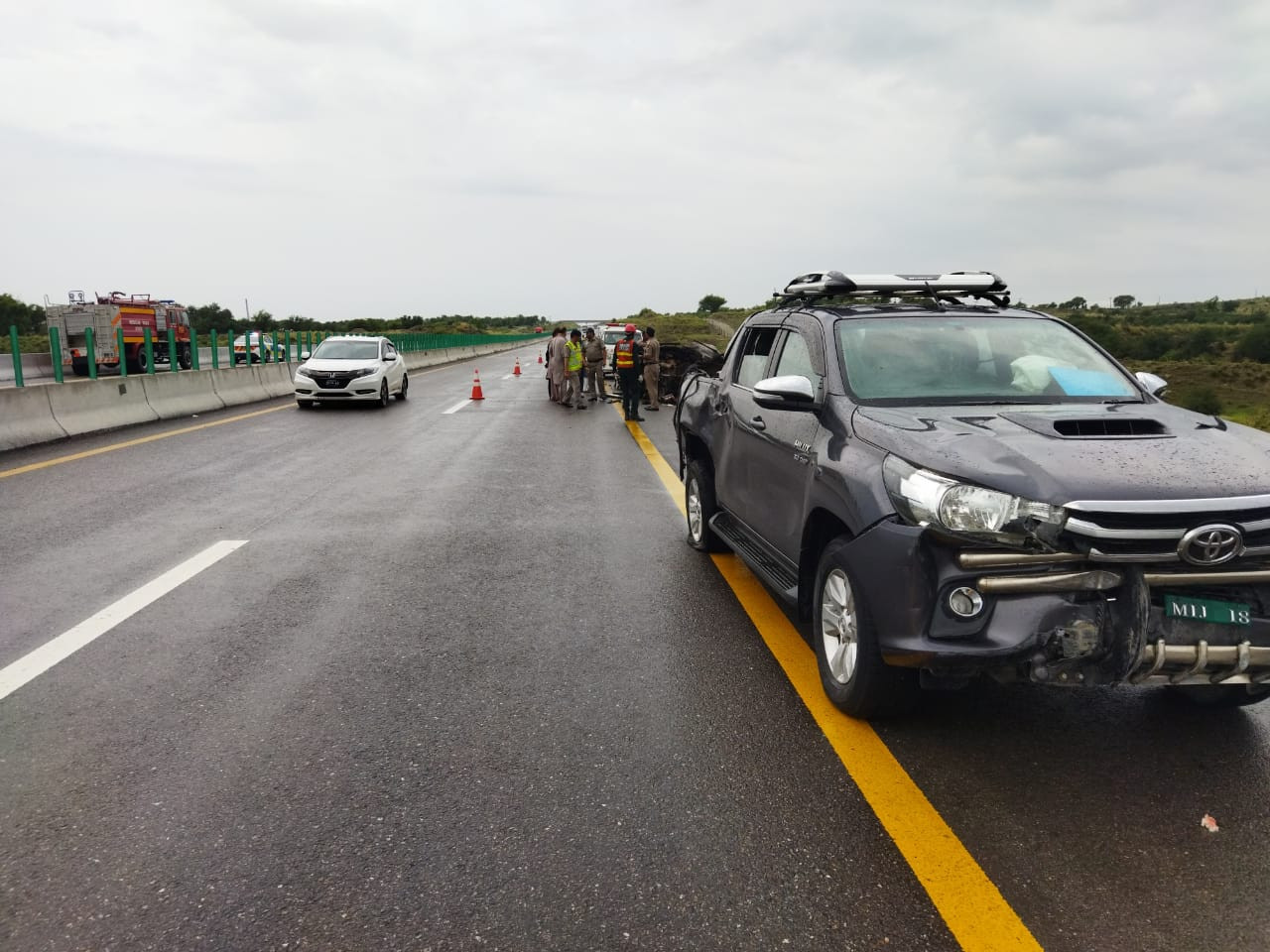 Police said that the bodies are completely burnt and unrecognizable, however, efforts are underway to identify them from the registration number of the van. They added that if no evidence is found, DNA test will also be administered and matched with Nadra records.

The police station concerned has registered a case of the incident. According to preliminary investigation, the accident occurred due to over speeding. The official vehicle has not sustained any major damage but the carry van is completely destroyed. Both the vehicles that were involved in the accident were going from Mianwali to Islamabad.

Two die in accidents in Thikriwala

US designates Pakistan, Iran, China among others as countries of concern over religious freedom