'Inevitable break up': Twitter can't get over Leonardo, 47, splitting from girlfriend Camila, 25

Based on three friends navigating through love and life, the Marina Khan directorial Mushkil has been a household favourite for various reasons with the top one being the heartthrobs Saboor Aly and Khushhal Khan’s chemistry.

While the show is currently going through an intense round of emotions, an acting slip made it very “mushkil” for all of us to not laugh — and it all started with Aly’s infectious smile.

Eagle-eyed social media users paused and screen-recorded a scene where Faraz (Khushhal ) is seen boiling with anger during a fight while for a brief second, Sameen (Saboor) is seen laughing in the background, completely out of character. She snaps back to the character immediately but even the editing department couldn’t cut out the switch and for that, fans are glad.

The clip went viral immediately and then started a plethora of memes on the micro-blogging site. Exposing Saboor’s hilarious acting slip, a fan wrote that it was easily their “favourite” bit from the show. “My favourite bit from the entire show is these guys fighting for life and then the camera pans to Saboor and the girl is out of her character, laughing.”

my favourite bit from the entire show is these guys fighting for life and then the camera pans to saboor and the girl is out of her character, laughing.😭🤣 #mushkil pic.twitter.com/NzKnitB8ud

Another user blamed the editing team for not being “paid enough” to see the slip-up.

“Even the editing team can't see Saboor laughing in such an intense scene. This is what happens when they’re not paid enough.”

And the rest made edits from the recorded viral video to create memes and gifs from the oops-im-on-camera moment.

The actor herself couldn't help herself from laughing at the identified slip-up. Posting fan edits and memes as stories, she sarcastically paid a salute to her editing team on her Instagram stories. 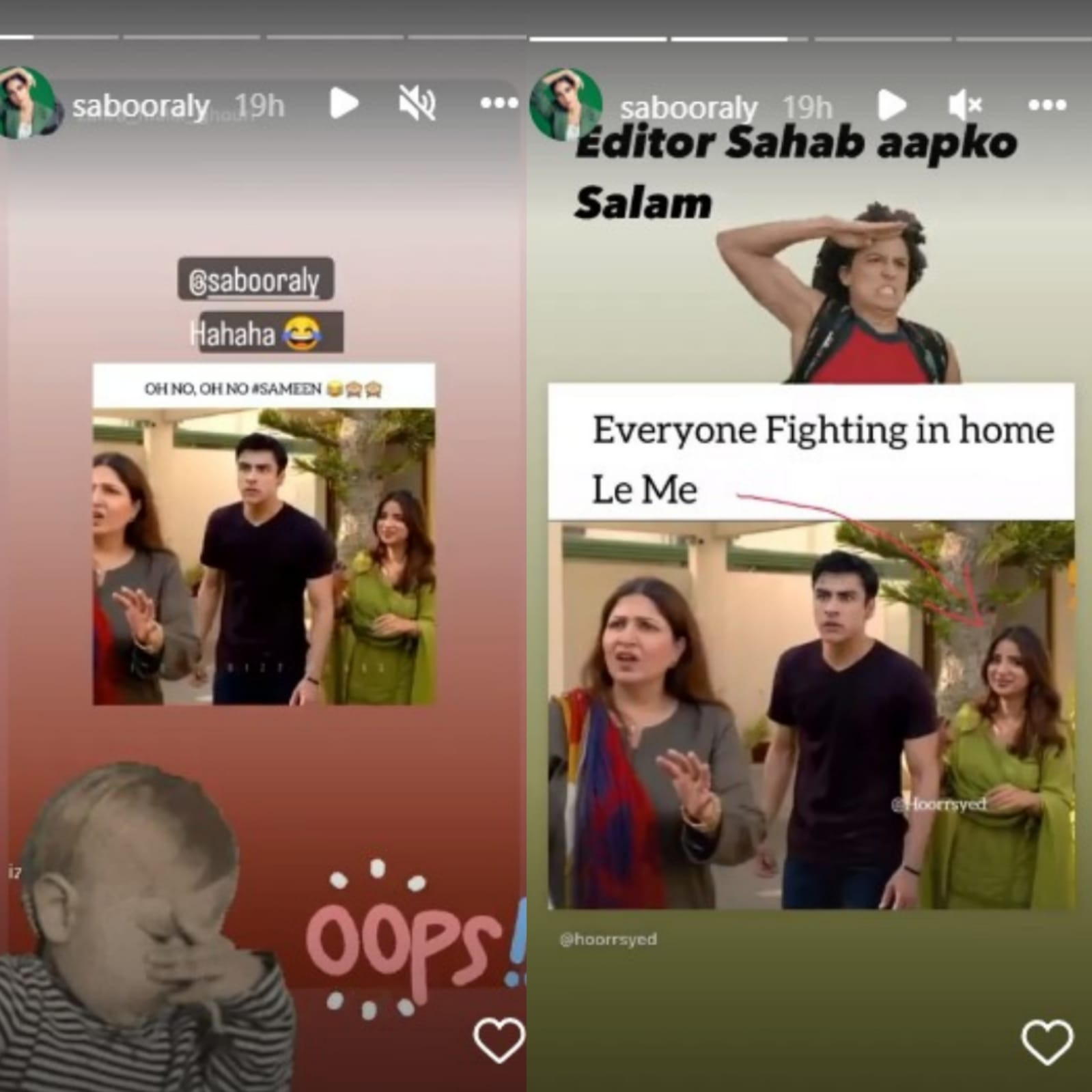 Former president says numbers are complete; says he can also work some magic

Relief comes on account of monthly fuel and quarterly adjustments

US designates Pakistan, Iran, China among others as countries of concern over religious freedom

‘Mastermind behind Sidhu Moose Wala’s murder detained in US’

Woman accused of cooking husband in pot free after 11 years