Thousands turn out in traditional attire, dance to the tune of folk songs

The rapturous crowds of people put on the colours of Sindh’s culture, manifested through the traditional attires, embellishment, and folk music, to celebrate the annual Sindhi Cultural Day across the province on Sunday.

The rallies roamed around the urban towns and rural areas with the participants dancing to the tunes of folk music. Even the vehicles, roads and bridges were decorated with the traditional Sindhi chuddar, ajrak and caps. The main event was a march in front of the Karachi Press Club where people from various segment of society including political parties, and Sindh cabinet members joined the huge crowd. 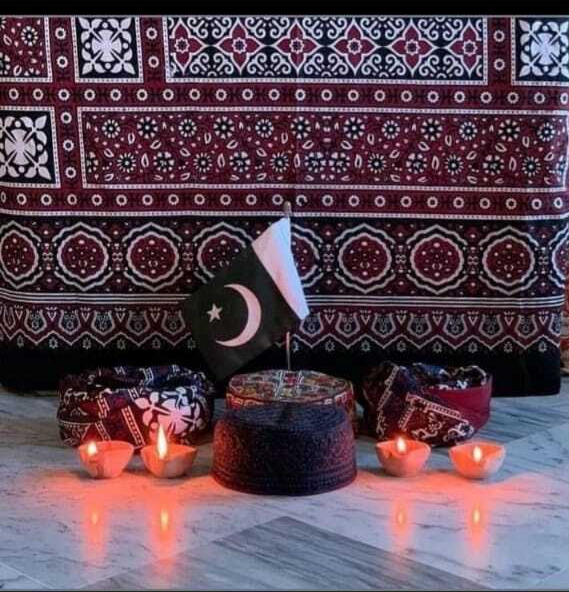 People danced to the traditional folk songs performed live by singers at the rally. Rehman Mughal, Shehla Gul, Taj Mastani and other folk singers entertained the people with traditional songs. “We never miss this event. This is my fourth time that I along with entire family take part in cultural activities, which are not less than Eid for us,” said Dr Shaista Abro, who lives in Karachi.

“I have come from Kaka Pir area of Karachi. Since it was our cultural day, so we decorated the camel carts with traditional Sindhi rilli, a bedsheets and ajrak,” said a man clad in turban with ajrak warped on his shoulder. Prominent among political personalities, Ayaz Latif Palijo of Qaumi Awami Tehreek, Haleem Adil Shaikh of PTI, Murtaza Wahab and Saeed Ghani of Pakistan People Party attended the Sindh Cultural Day event. “Sindh is the land of peace and love. 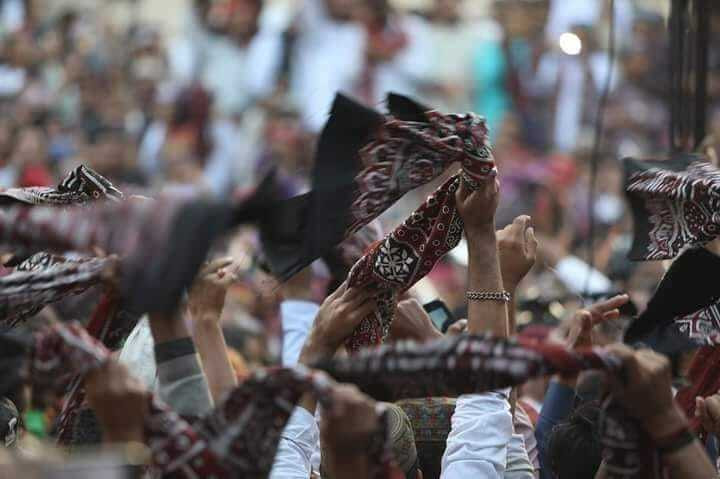 People of Sindh, the pioneers of Indus Civilization and Mohan jo Daro believe in peace, equality, democracy, tolerance and justice,” Ayaz Latif Palijo said. Sindh Information Minister Saeed Ghani said that people living in Sindh are inclusive and tolerant and this nature makes them unique in the region. Leader of Opposition in Sindh Assembly Haleem Adil Sheikh lauding the efforts of event organisers said that the thousand years old culture must be celebrated every year.

“The jubilation of culture day will help promote the value of our cultural heritage among new generations,” he said. On the other hand, many people on social media including Twitter, Facebook and Instagram shared their posts changing profile photos wearing traditional dresses with the message, “Happy Sindhi Cultural Day.” Celebrations across Sindh People came out in numbers to display the colours of Sindh’s culture across every town of the province.

The Sindhi television channels decide the day for the celebration which usually falls on the first Sunday in early December every year. In Hyderabad the central event was organized outside the Hyderabad Press Club. Dozens of big and small rallies moved around the city from early morning till late night. Sindh’s slogan is getting rid of the feudal system, read a banner at one of the rallies outside the club. Let us unite for education, peace, development and prosperity in Sindh, the way we became united for our culture, read another banner at a rally. 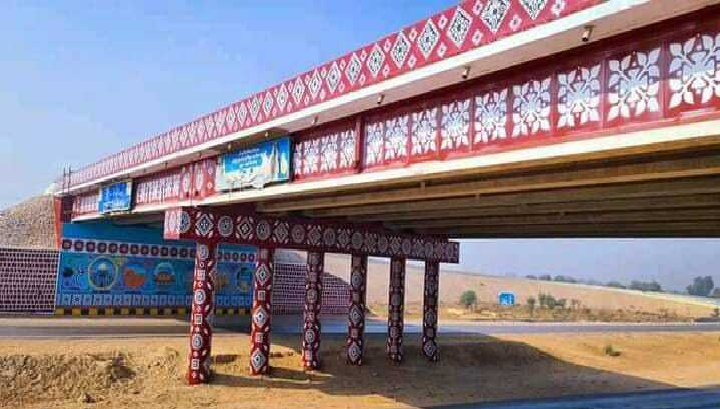 The universities, colleges, schools and even the government and private offices also celebrated the day in different ways. A celebratory event also took place at the Diocese of Hyderabad, church of Pakistan where the participants, young and old, danced to the music of dhol. “We feel proud of our millennia old civilization and the culture which has existed and evolved through the centuries,” said Beenish Sammo, a joyous participant at a musical event.

Dozens of rallies were taken out in Mirpurkhas district where the main event was organized at the local press club. PPP MPA Hari Ram Kishori Lal and other local leaders congratulated Sindh’s people on celebrating their cultural Eid. Speaking at another event, a local political figure Aashiq Ali Panhwar said Sindh’s culture has taught people to coexist in harmony with the people of different religions and ethnicities.