Rizvi's counsel seeks adjournment of release plea after accord

As deforestation and climate change ravage India's UNESCO heritage-listed Western Ghats mountain range, an all-female rainforest force is battling to protect one of the area's last enclaves of biodiversity.

The region is home to at least 325 globally threatened flora, fauna, bird, amphibian, reptile and fish species but the International Union for the Conservation of Nature has ranked its outlook as a "significant concern".

But at Gurukula Botanical Sanctuary a group of 27 women act as guardians of the rare ferns, tree-hugging mosses and thousands of other plants that may otherwise be lost forever.

"We are trying to salvage what is possible. It is like a refugee camp," said Suprabha Seshan, one of the curators at the reserve.

"The intensive care unit is in the pots and then when you take them out that's like the general ward where they get other forms of primary health care," Seshan added.

She estimated that more than 90 percent of the forests once graced the area have disappeared, a situation she describes as an ecological "holocaust".

Gurukula was created as a haven for the native flora struggling for survival because of global warming and human encroachment, in the hope of slowly repopulating the region with indigenous plants.

India's Western Ghats are home to at least 325 globally threatened flora, fauna, bird, amphibian, reptile and fish species but the International Union for the Conservation of Nature has ranked it's outlook as a significant concern. Manjunath Kiran AFP

Gurukula, which means a 'retreat with a guru', was set up 50 years ago by German conservationist Wolfgang Theuerkauf.

Theuerkauf, who became an Indian citizen in 1978 and died seven years ago, started with seven acres (three hectares) of forest, today it is ten times that size.

'This forest is our guru'

"Wolfgang said 'this forest is our guru'," Seshan explained.

Three generations of "rainforest gardeners" -- women from local villages in the hot and humid Kerala state -- have worked with botanists to build up the sanctuary.

Dressed in big boots -- to protect against cobras and the pitiless insects -- and brightly coloured tunics, their hair tied under scarves, the women put in long days in the forests, the sanctuary's greenhouses and its nursery. 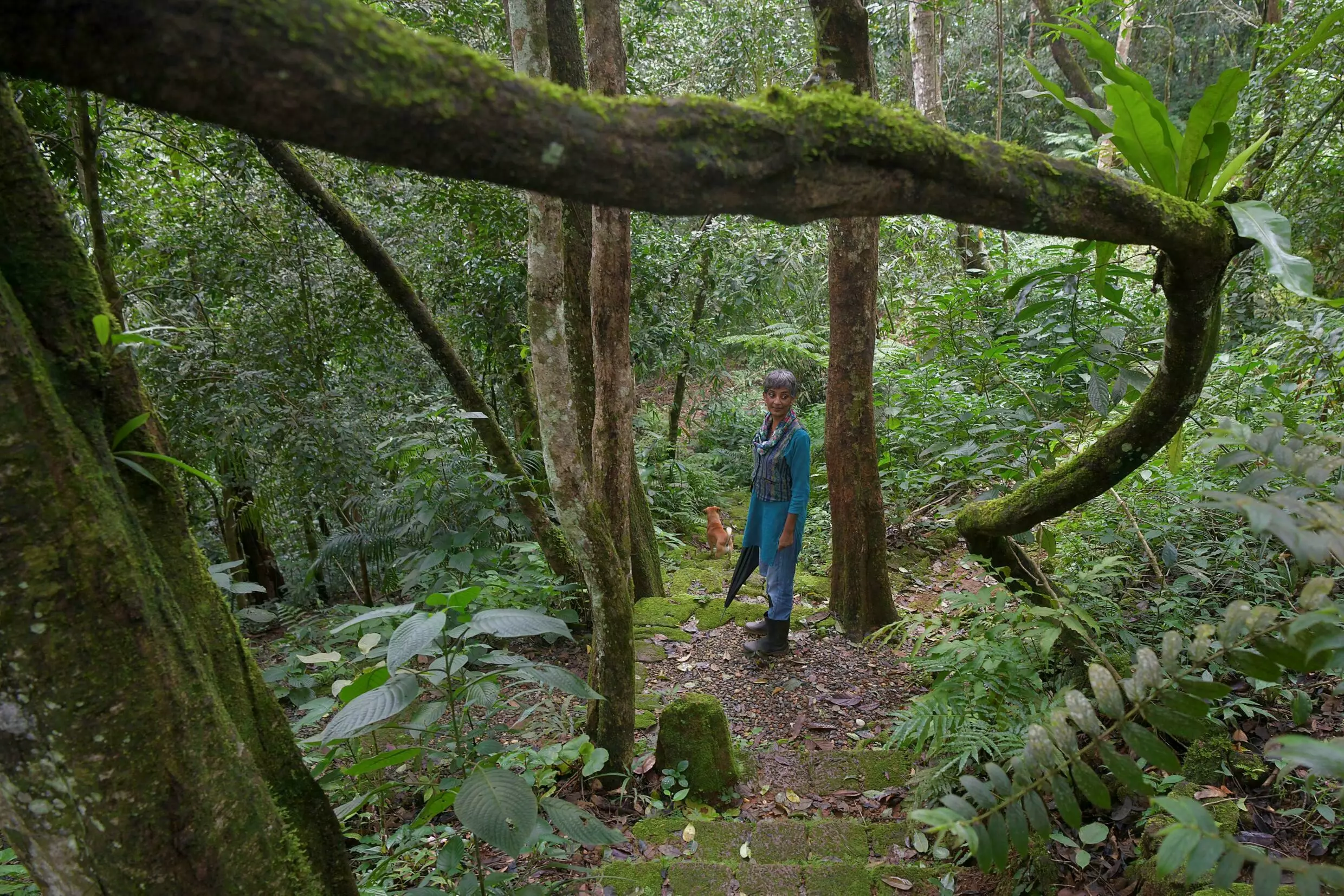 They replant the suffering flora, sift compost and seeds and make a malodorous natural pesticide from cow urine.

"We have between 30 and 40 percent of the Western Ghats flora under conservation here," added Seshan.

The work is becoming increasingly crucial.

The region won its UNESCO listing in 2012 in part because it is one of the world's biodiversity hotspots, but in its 2020 World Heritage Outlook report, the IUCN warned of the threat of encroaching human activity and habitat loss. 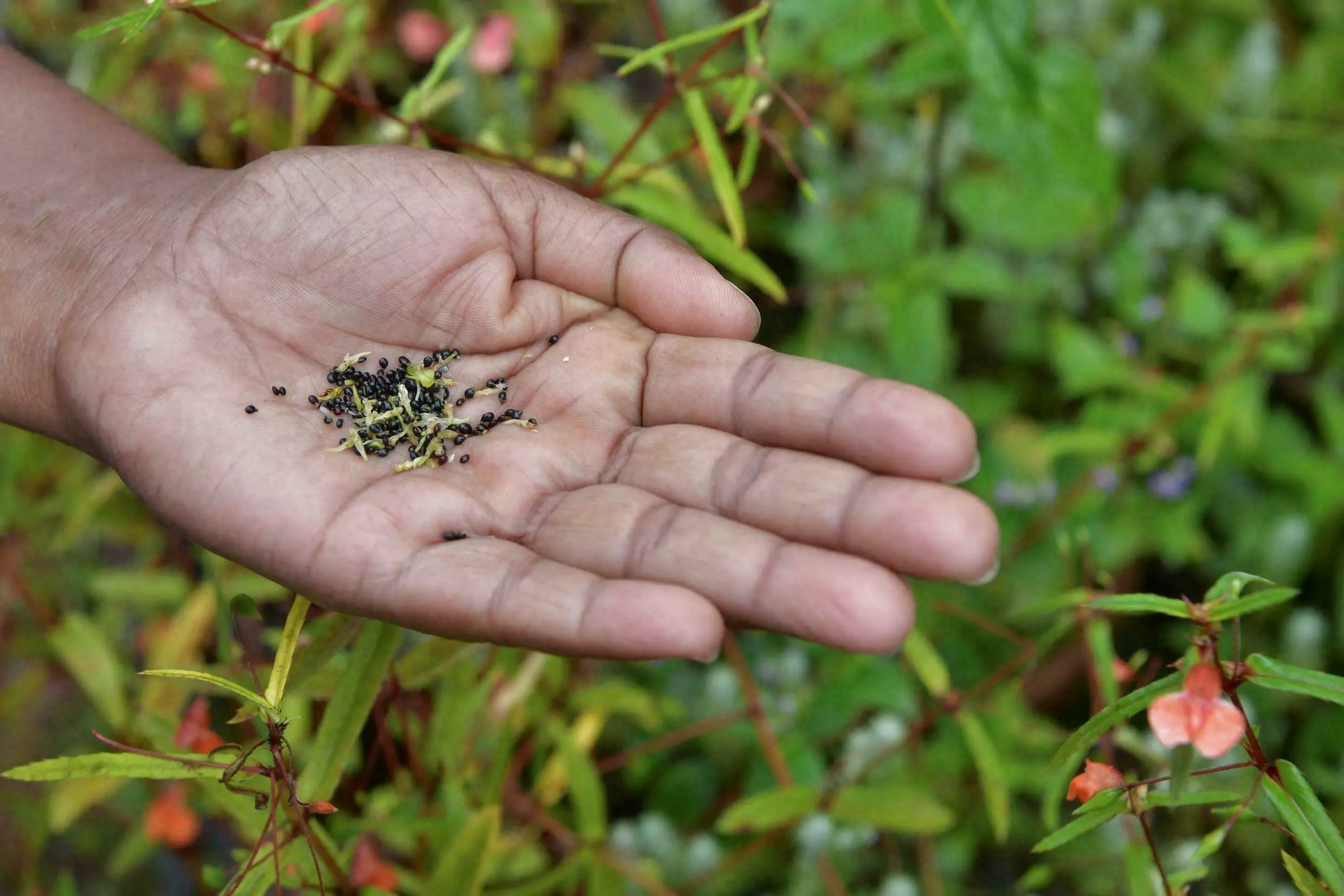 India's Gurukula Botanical Sanctuary was created as a haven for the native flora struggling for survival because of global warming and human encroachment, in the hope of slowly repopulating the region with indigenous plants. Manjunath Kiran AFP

It said: "50 million people are estimated to live in the Western Ghats region, resulting in pressures that are orders of magnitude greater than many protected areas around the world."

Seshan, who has worked at the sanctuary for 28 years, has seen things deteriorate first hand.

She recalled: "When I came here plastic was still not a part of our culture. I remember when Wolfgang found the first plastic bag in the river, he said: 'civilization has arrived'."

Fighting off bloodsucking leeches that thrive in the humidity, the rainforest gardeners tend to a multitude of endangered ferns, flowers and herbs that grow around the rocks and in the shade of tropical trees.

The small plants of the Western Ghats are vulnerable to rising temperatures, rainfall fluctuations and the loss of habitat, said Seshan.

"The more the climate changes, the more their reproductive life strategies have to change to adapt." 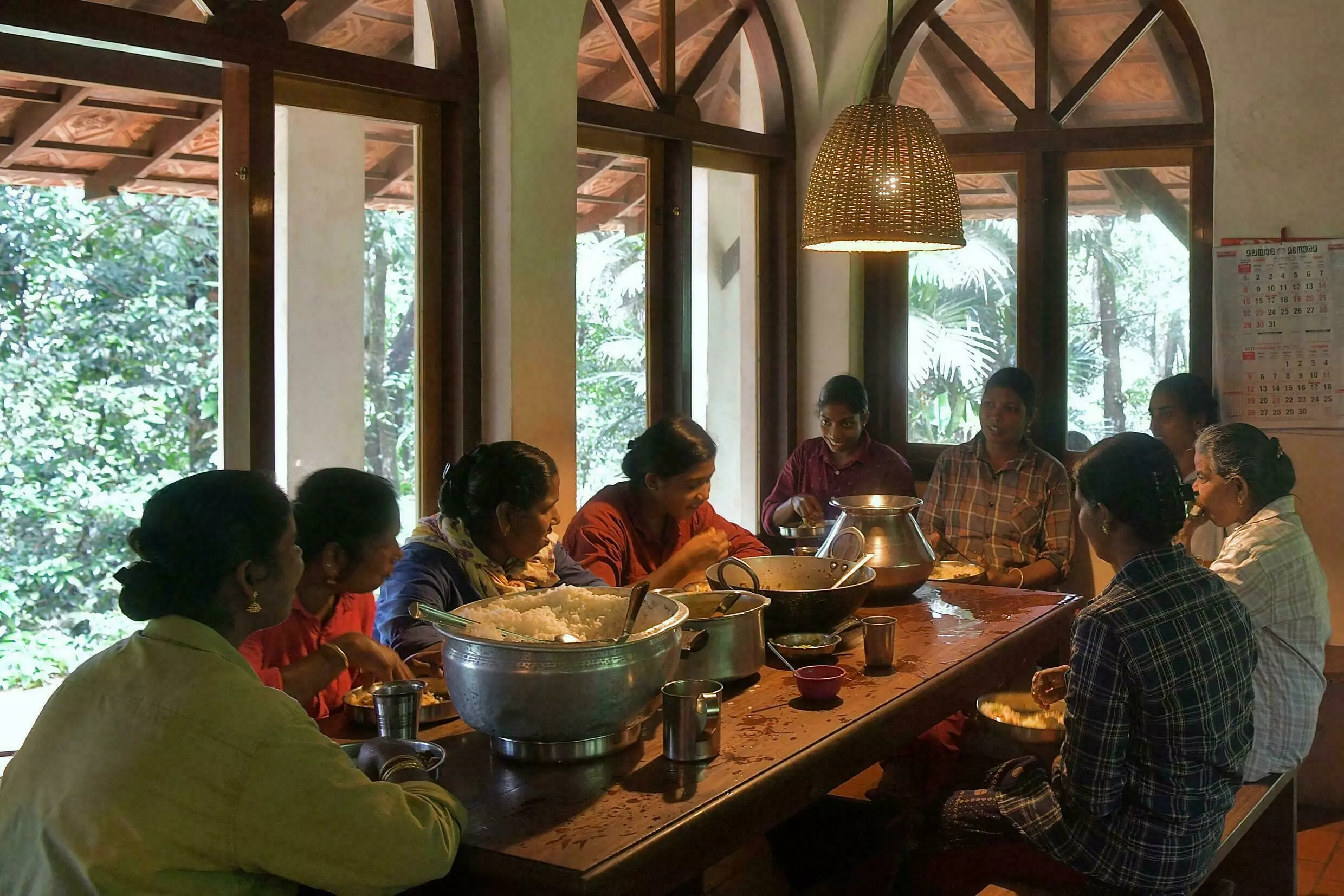 At India's Gurukula Botanical Sanctuary a group of 27 women act as guardians of the rare ferns, tree-hugging mosses and thousands of other plants that may otherwise be lost forever. Manjunath Kiran AFP

Laly Joseph, another of the senior gardeners, scours the mountains for species that need to be moved to Gurukula for intensive care.

She tries to find simple ways to reproduce the natural conditions for each species being cared for. It is also carefully listed in an inventory.

Joseph showed off an Impatiens jerdoniae with red and yellow flowers that had been struggling before being nurtured and transplanted on to a tree. Three years on it is thriving.

Joseph, who has worked at the sanctuary for 25 years, says saving a rare species and seeing it live again in a forest is incredibly satisfying.

"They’re happy here, I am happy when they’re happy," Joseph said of the plant.

Conservationist Laly Joseph, who has worked at the Gurukula Botanical Sanctuary (GBS) for 25 years, worries about the threat climate change brings to the Western Ghat mountains in India. AFP

But she fears the increasingly unpredictable climate may destroy their work.

The Western Ghats normally get up to 500 centimetres (200 inches) of rain a year, but the monsoon is increasingly erratic.

The plants are struggling to cope, Joseph said.

"They wilt, they can’t pollinate, they don’t get seeds. That is the way you lose species," she added.

"I suffer when a tree has fallen, when the rainforest dies."