Health minister Sindh issues notification in this regard

Taking notice of Soomro's health issues, the minister took action and issued a notice Aga Khan University Hospital, Karachi in this regard.

In 2018, Soomro was admitted to the intensive care unit (ICU) at the Darul Sehat Hospital in Gulistan-e-Jauhar.

The native of Sindh's Shikarpur was put on a ventilator after facing some breathing issues.

A year earlier, Soomro became the subject of a death hoax with several Facebook posts, shared tens of thousands of times, claiming that he had passed.

However, he confirmed to AFP in June 2019 that he was alive and said he didn't understand why people were spreading such false news.

Soomro is seven foot nine inches according to a report published by The Express Tribune on December 20, 2018.

Zia Rashid, a 23-year-old from Multan, is now Pakistan's tallest man at eight-foot, according to another news agency. 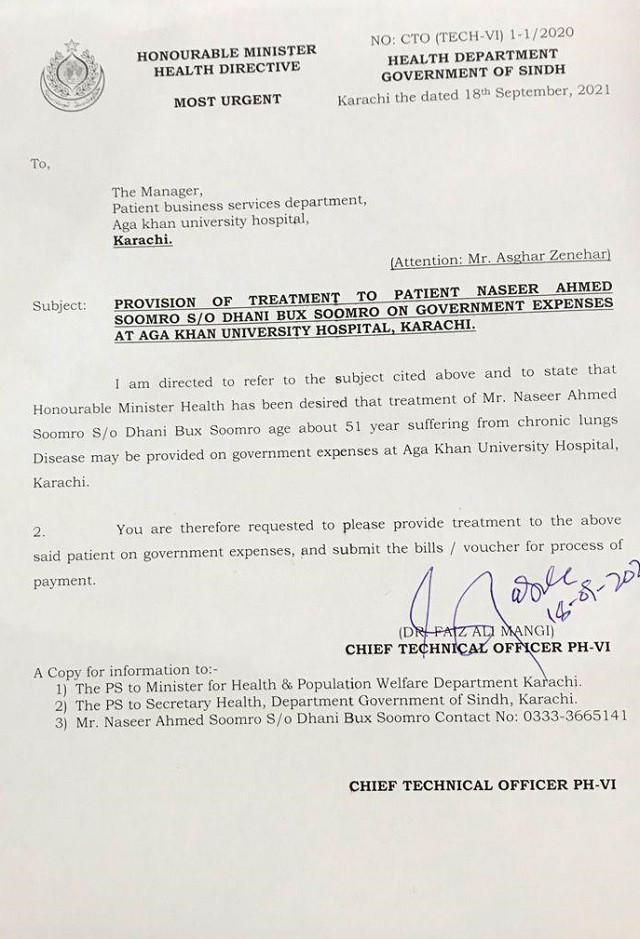