The opening ceremony of the Pakistan-Kazakhstan Joint Military Exercise 'Dostarym III' was held at National Counter-Terrorism Center in Pabbi on Wednesday.

According to Inter-Services Public Relations (ISPR), the exercise is aimed at developing and bolstering coordination between the two armies in the counter-terrorism domain.

The ISPR added that the exercise would focus on integrated synergy, interoperability, quick decision making and swift actions at a tactical level.

The joint exercise is being held as part of a biennial exercise mechanism between the two armies.

The first joint exercise was held in 2017 in Pakistan and the second in 2019 in Kazakhstan. 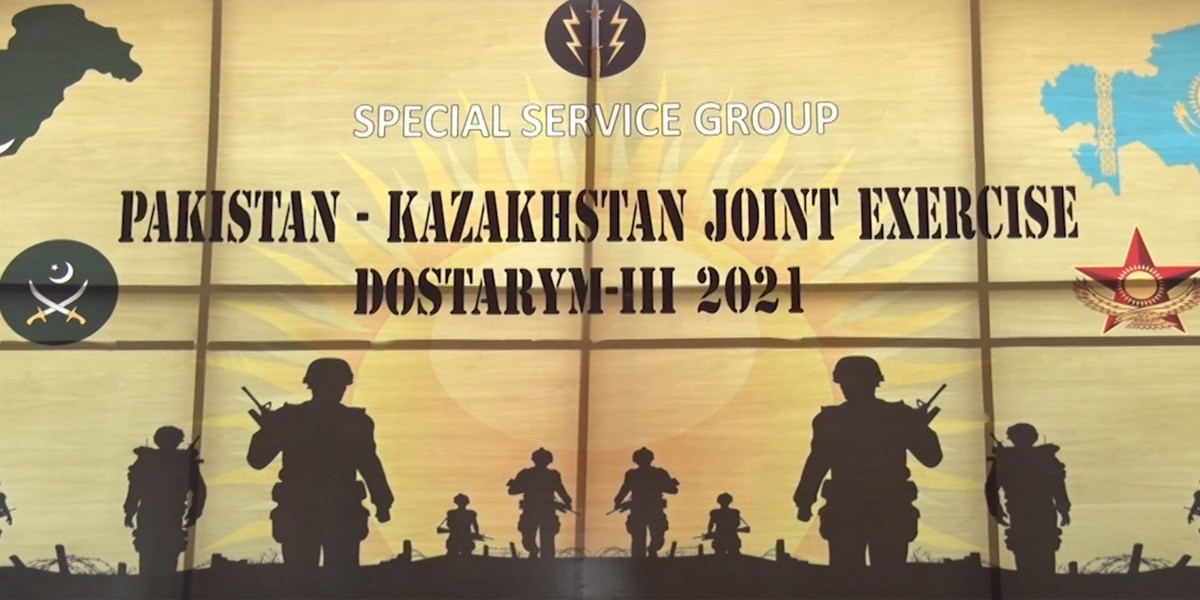 Earlier in May, the opening ceremony of the first-ever Pakistan-Egypt joint air defence exercise "Sky Guard-1" 2021 was held in Egypt's capital Cairo, according to ISPR.

The military's media had wing said that the two-week-long joint exercise is aimed to bolster the military cooperation between two countries in face of existing and emerging threats in the air defence domain.