Hekmatyar tells India not to meddle in Afghan internal affairs

National Resistance Front's main goal is to avoid bloodshed and press for a new system of govt, says spokesperson

New recruits to the resistance movement take part in training in the Panjshir valley. PHOTO: AFP

Former Afghan government forces forming a resistance movement in a fortified valley are preparing for "long-term conflict", but are also seeking to negotiate with the Taliban, their spokesman told AFP in an interview.

Since the Taliban took control of the country following a lightning charge into the capital Kabul, thousands of people have made their way to Panjshir to both join the fight and find a safe haven to continue their lives, Ali Maisam Nazary said.

There, Ahmad Massoud, the son of legendary Mujahideen commander Ahmad Shah Massoud who was assassinated by Al-Qaeda two days before the September 11, 2001 attacks, has assembled a fighting force of around 9,000 people, Nazary added.

Pictures taken by AFP during training exercises show dozens of recruits performing fitness routines, and a handful of armoured humvees driving across the valley northeast of Kabul.

The National Resistance Front's main goal is to avoid further bloodshed in Afghanistan and press for a new system of government. 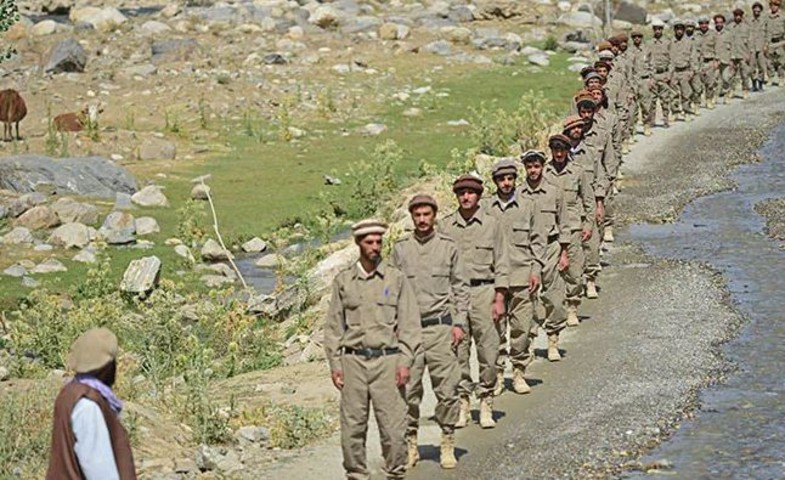 But Nazary said the group is also prepared for conflict, and if the Taliban do not negotiate they will face resistance across the country.

"The conditions for a peace deal with the Taliban is decentralisation -- a system that ensures social justice, equality, rights, and freedom for all," said Nazary, the NRF's head of foreign relations, adding if the Taliban do not agree there will be "long-term conflict".

Talks between local leaders from Afghanistan's north and authorities in Pakistan were taking place until just days ago, he added.

While the Taliban control the vast majority of Afghanistan, Nazary optimistically highlighted reports that local militias in some districts have already begun resisting their hardline rule and have formed links with Massoud's NRF.

"Massoud did not give the order for these things to happen but they are all associated with us," Nazary said.

"The Taliban are overstretched. They cannot be everywhere at the same time. Their resources are limited. They do not have support amongst the majority."

He said, however, that Masood had different views to Amrullah Saleh, latterly the country's vice president who is also holed out in the valley and last week vowed to lead an uprising.

Must read: Pakistan in 'close contact' with regional powers over Afghanistan: Fawad

"Mr Saleh is in Panjshir. He opted to stay in the country and not flee," Nazary said, noting Saleh's strong anti-Pakistan stance was at odds with Massoud who wanted good relations with Afghanistan's neighbour.

"Mr Saleh is anti-Taliban and anti-Pakistani. That does not mean he is a part of this movement. He is in Panjshir and he is respected."

The aim right now is to defend Panjshir and its people, Nazary said.

"If there is any aggression because our fight is only for defence; if anyone attacks us we will defend ourselves."

Alongside Massoud's fighting force, Panjshir now hosts more than 1,000 displaced people from across Afghanistan who have poured into the valley looking for sanctuary, Nazary said.

"We are seeing Panjshir become a safe zone for all those groups who feel threatened in other provinces."

He added the province has seen an influx of intellectuals, women's and human rights activists, and politicians "who feel threatened by the Taliban".

Massoud appealed for weapons from the United States in an op-ed published in the Washington Post on Thursday. Nazary told AFP that they also require humanitarian assistance to feed and take care of the newly arrived.

Massoud is determined to stand by the people of the valley and take up his father's mantle, Nazary added, stressing Afghanistan needs a federated system of government to close its endless cycle of war.

"War is just a byproduct of conflict in Afghanistan. What has caused the conflict is that Afghanistan is a country made up of ethnic minorities ... (and) in a multi-ethnic country you cannot have one ethnic group dominate politics and others having a presence in the margins."

Nazary says Massoud's resistance, and others across Afghanistan, are vital in making this change happen.

"Panjshir has always been a beacon of hope."

Taliban fire in the air to control crowd at Kabul airport

Who's who in the Taliban leadership

Are Pakistanis really happy about the Taliban takeover?