Arshad did what I couldn’t, says coach

Taliban fighters captured the city of Ghazni on Thursday, the ninth provincial capital they have seized in a week, as US intelligence said Afghanistan’s capital, Kabul, a few hours drive away, could fall to the insurgents within 90 days.

The speed of the Taliban advance here has sparked widespread recriminations over US President Joe Biden's decision to withdraw US troops and leave the Afghan government to fight alone.

With the last of the US-led international forces set to leave by the end of August, the Taliban has taken control of about two-thirds of Afghanistan having mounted an offensive on multiple fronts

Finding rural districts too hard to defend, government forces have withdrawn to protect Kabul and other cities, prompting thousands of families to flee the provinces in hope of finding safety there.

A senior security official said the Taliban had captured Ghazni, 150 km (93 miles) southwest of Kabul on the highway between the capital and the second city of Kandahar. The militants had occupied Ghazni’s government agency headquarters after heavy clashes, he said.

“All local government officials, including the provincial governor, have been evacuated towards Kabul,” said the official who declined to be identified.

Fighting has also been intense in the southern city of Kandahar. The city hospital had received scores of bodies of members of the armed forces and some wounded Taliban, a doctor said late on Wednesday.

The Taliban said they had captured Kandahar’s provincial prison.

“Fighting did not stop until 4 am and then after the first prayers it started up again,” said an aid worker in Kandahar.

The Taliban said they had seized airports outside the cities of Kunduz and Sheberghan in the north and Farah in the west, making it even more difficult to supply beleaguered government forces.

The Taliban said they had also captured the provincial headquarters in Lashkar Gah, the embattled capital of the southern province of Helmand, a hotbed of militant activity.

Government officials there were not immediately available for comment. Fighting had also flared in the northwestern province of Badghis, its governor said.

Bordering Pakistan, Kandahar and other southern and eastern provinces have long been Taliban heartlands but it has been in the north where they have made their biggest gains in recent weeks.

Even when the Taliban ruled the country they never controlled all of the north. This time, they appear to be determined to secure it fully before turning their attention to Kabul.

Desperate to stem the Taliban onslaught, President Ashraf Ghani flew to Mazar-i-Sharif on Wednesday to rally old warlords he had previously tried to sideline, now needing their support to defend the biggest city in the north as the enemy closed in. 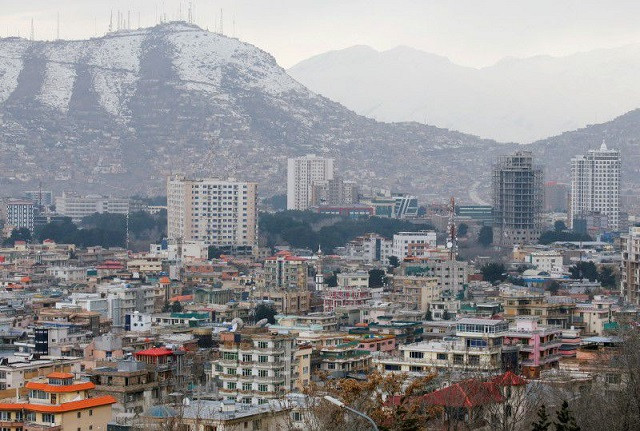 Under a deal struck between the United States and the Taliban last year, the insurgents agreed not to attack US-led foreign forces as they withdraw by the end of this month, in exchange for a vow not to let Afghanistan be used for international terrorism.

The Taliban also made a commitment to discuss peace but intermittent talks with representatives of the US-backed government have made no progress, with the insurgents apparently intent on a military victory despite warnings it could be costly.

“Attempts to monopolise power through violence, fear, and war will only lead to international isolation,” the charge d’affaires at the US embassy, Ross Wilson, said on Twitter.

Germany would not provide financial support to Afghanistan if the Taliban take over and introduce sharia religious law, its foreign minister said.

The violence has also raised fears in Europe of more refugees arriving there. German, the Netherlands and Switzerland have said they would not, for now, deport Afghans seeking asylum.

Here’s a list of provincial capitals in Afghanistan that have fallen to or are being contested by the Taliban https://t.co/4mpWYXJLEP

In Washington, a US defence official on Wednesday cited US intelligence as saying the Taliban could isolate Kabul in 30 days and possibly take it over within 90, following their recent rapid gains.

“But this is not a foregone conclusion,” the official said, speaking to Reuters on condition of anonymity, adding that the Afghan security forces could reverse the momentum by putting up more resistance.

Biden said on Tuesday he did not regret his decision to withdraw and urged Afghan leaders to fight for their homeland.

The Taliban, who controlled most of Afghanistan from 1996 to 2001, when they were ousted for harbouring al Qaeda chief Osama bin Laden after Sept 11, wants to defeat the U.S-backed government and reimpose strict Islamic law.

A new generation of Afghans, who have come of age since 2001, is worried that the progress made in areas such as women’s rights and media freedom will be lost.

The United Nations said more than 1,000 civilians had been killed in the past month, and the International Committee of the Red Cross said that since Aug. 1 some 4,042 wounded people had been treated at 15 health facilities.

The Taliban denied here targeting or killing civilians and called for an investigation.