PTI bagged 25 seats with the PPP coming in second with nine seats, according to unofficial results

Prime Minister Imran Khan’s Pakistan Tehreek-e-Insaf (PTI) emerged as the single-largest party after clinching at least 25 out of 45 seats in Azad Jammu and Kashmir (AJK) elections, according to unofficial results on Monday.

According to the unofficial results, the turnout was recorded at around 62pc. More than 700 candidates from 32 political and religious parties contested for the 45 general seats.

Out of the eight reserved seats, five are for women and three seats, one each for religious scholars, technocrats, and overseas Kashmiris. The members for these seats are nominated after the elections.

Of the 45 general seats, 12 seats were reserved for Kashmiri refugees who had migrated from the Indian Illegally Occupied Jammu and Kashmir (IIOJK) in 1947 and 1965 and settled in various parts of Pakistan.

Therefore, in the 10 districts of AJK, elections took place on 33 seats only.

According to reports, the polling process which began at 8am had to be stopped at several polling stations after activists belonging to rival parties got into violent brawls during election day. 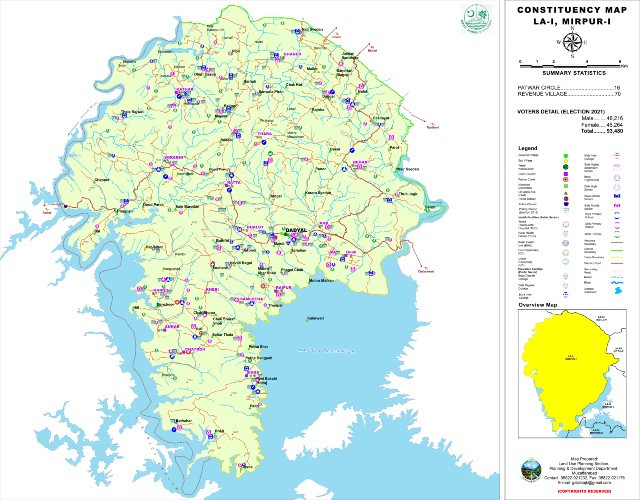 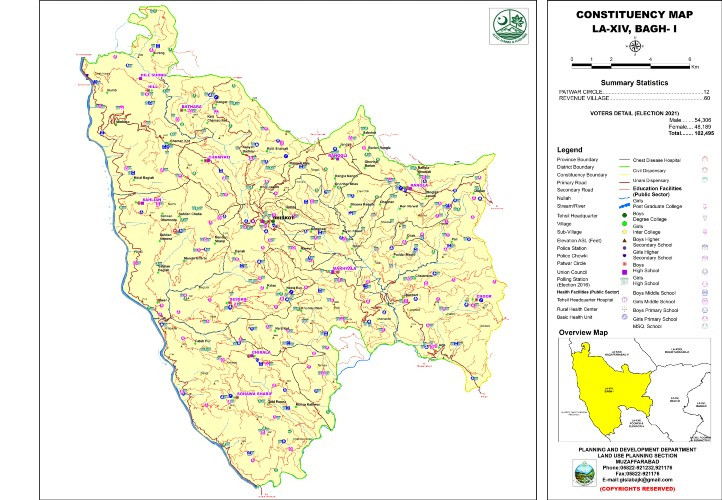 PML-N's Nasir Dar secured 3,545 votes and got the second spot.

His rival PML's Mohammad Ishaq got 20,467 votes and secured the second spot.

His rival PML-N candidate Nasir Hussain Dar could only manage 145 votes and got the second position.

According to unofficial results, PML-N candidate Ikram Butt could only secure 741 votes at second position.

According to unofficial results, Pakistan Tehreek-e-Insaf's (PTI) Saleem Butt could only manage the second position after getting 875 votes. 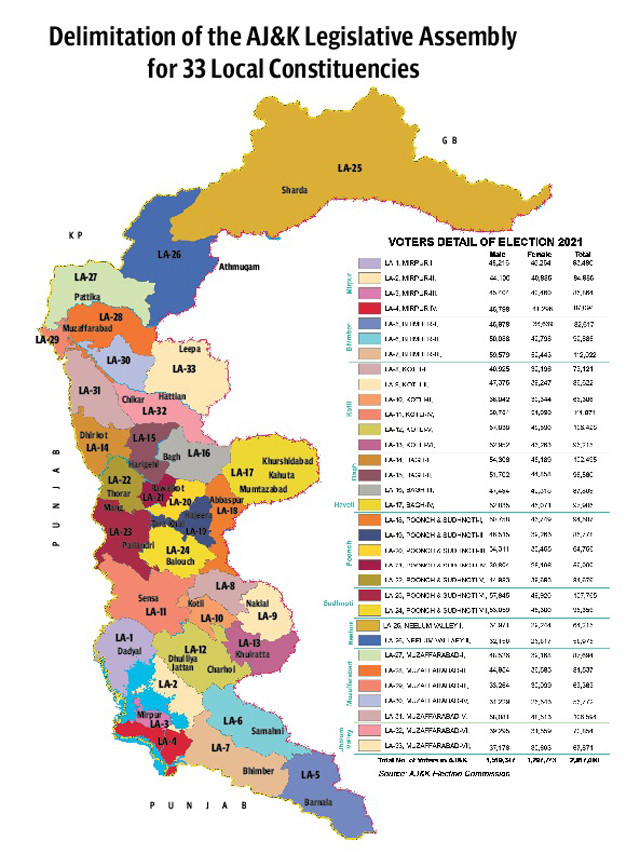 According to Express News, at least two activists of Pakistan Tehreek-e-Insaf (PTI) were reported to have been killed in clashes between political workers.

A verbal clash reportedly broke out between the workers of PTI and the Pakistan Peoples Party (PPP) at the polling station of Kotli’s LA-12 constituency.

During the brawl, one of the workers opened fire that resulted in the death of two activists. The clashes were reported to have taken place at polling stations of the region.

The workers of Pakistan Muslim League-Nawaz (PML-N) and PPP also came face-to-face at the Jaskol polling station of Hatiyan Bala. Activists of one of the political parties attempted to shut down the polling process.

The police subsequently arrested two workers of the PTI and six other workers of an independent candidate; polling resumed after peace was restored at the polling station. 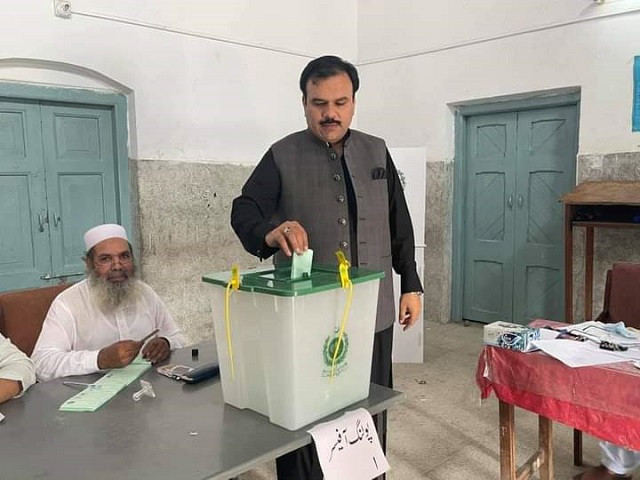 Meanwhile, at least four soldiers embraced martyrdom when an army quick response team (QRF) vehicle, patrolling in order to maintain law and order during Azad Jammu and Kashmir (AJK) elections, toppled while taking a steep turn in Laswa area and fell into a ravine, according to Inter Services Public Relations (ISPR).

The military's media wing said that three other soldiers and a civil driver sustained injuries in the unfortunate incident.

The statement further said that the injured have been evacuated to a nearby medical facility for necessary medical care.

"The turnout in the elections suggests that the common man has taken a keen interest in it and has expressed full confidence in the electoral process," Fawad wrote on his official Twitter handle.

He said that Prime Minister Imran Khan's government in AJK will give strength to the people of Indian Illegally Occupied Jammu and Kashmir (IIOJK).

Soon after the news of clashes broke out, Pakistan Muslim League-Nawaz spokesperson Marriyum Aurganzeb took to Twitter to express reservations against the 'transparency' of the polling process.

The PML-N leader stated that, "Transparency and impartiality becoming increasingly questionable in the AJK elections. Stopping our polling agents from entering the polling stations a violation of election laws."

She further condemned the "transportation of polling materials in Pakistan Tehreek-e-Insaf's vehicles", as well as incidents of firing and interruption in the polling process.

Meanwhile, former prime minister Raja Pervez Ashraf accused the federal government of turning the AJK election into a "violent one".

Addressing the media at the Pakistan Peoples Secretariat on Sunday afternoon, he accused the government of “using every tactic up its sleeve to disturb the electoral process”. Farhatullah Babar and other senior leaders of the PPP also accompanied him during the presser.

Ashraf claimed that an assassination attempt was made on PPP’s Chaudhry Yasin after his car was fired upon.

The former prime minister also accused some officers of the AJK administration of interfering in the electoral process. “The administration is attempting to help the PTI candidates in emerging victorious,” he stated, adding that he had contacted the chief secretary and IG AJK over the phone.

“The PPP’s electoral camps set up in Rawalpindi were uprooted,” the former premier complained. Continuing to rain down on the federal government, he accused the AJK administration of using the PTI’s vehicles.

“The candidates of PPP were beaten up in Rawalpindi and Jhang,” he said, adding that the people of AJK have now seen the "true face" of the PTI.

Ashraf termed the transparency and independence in AJK elections as being integral to the success of the larger Kashmir cause. “The government is playing with fire in AJK,” he remarked.

He further accused the PTI’s Ali Muhammad Khan and Kamran Bangash of pressurising the polling staff in Peshawar, while accusing the deputy speaker National Assembly of making visits to Quetta’s polling stations.

"One day, people in all of Kashmir will be able to express their right to vote with such freedom and form a government based on their representatives," the minister stated.

Federal Minister for Planning and Development Asad Umar was also hopeful of his party now forming a government in AJK.

In a tweet, the federal minister mentioned the years and kinds of governments the PTI successively formed in Pakistan since 2018, stating that 2021 was the year of it forming a government in AJK.

Satisfied with the electoral process: CEC

Speaking to the media in Mirpur’s LA-3 constituency on Sunday, Chief Election Commissioner Abdul Rashid Sulehria said he was “satisfied” with the electoral process. The commissioner had toured the Kotli district of Mirpur among other areas.

“People should come out and go to polling stations”, Sulehria said, adding that he hoped the voter turnout from Azad Kashmir would be at least 56 per cent.

He underlined that several violations of the Electoral Code of Conduct were committed, which were subsequently being dealt with in accordance with the law.

According to the commissioner, political parties and candidates have lodged several complaints. He clarified that voting would continue, uninterrupted, till 5 pm, after which no extra time will be given to any polling station.

The heated canvassing in the closely watched AJK election campaign wrapped up on Friday.

Deemed as the consequential moment for the state, the polling is taking place amid ramped-up security.

In view of the apprehensions expressed by political parties, the polling process is taking place amid strict security measures.

This will be updated...

Electioneering picks up in Azad Jammu and Kashmir

‘90% of population does not visit psychiatrists’