Market watch: Stocks close in red in absence of triggers

The president appointed PTI's Syed Zahoor Ahmed Agha as the new Balochistan governor, according to a statement issued by Awan-e-Sadr.

The president made the appointment after accepting the resignation of Yasinzai.

“I, Amanullah Khan, do hereby tender my resignation as Governor Balochistan today ie 7-7-2021,” he wrote in his brief handwritten resignation letter. He was appointed the governor in October 2018. 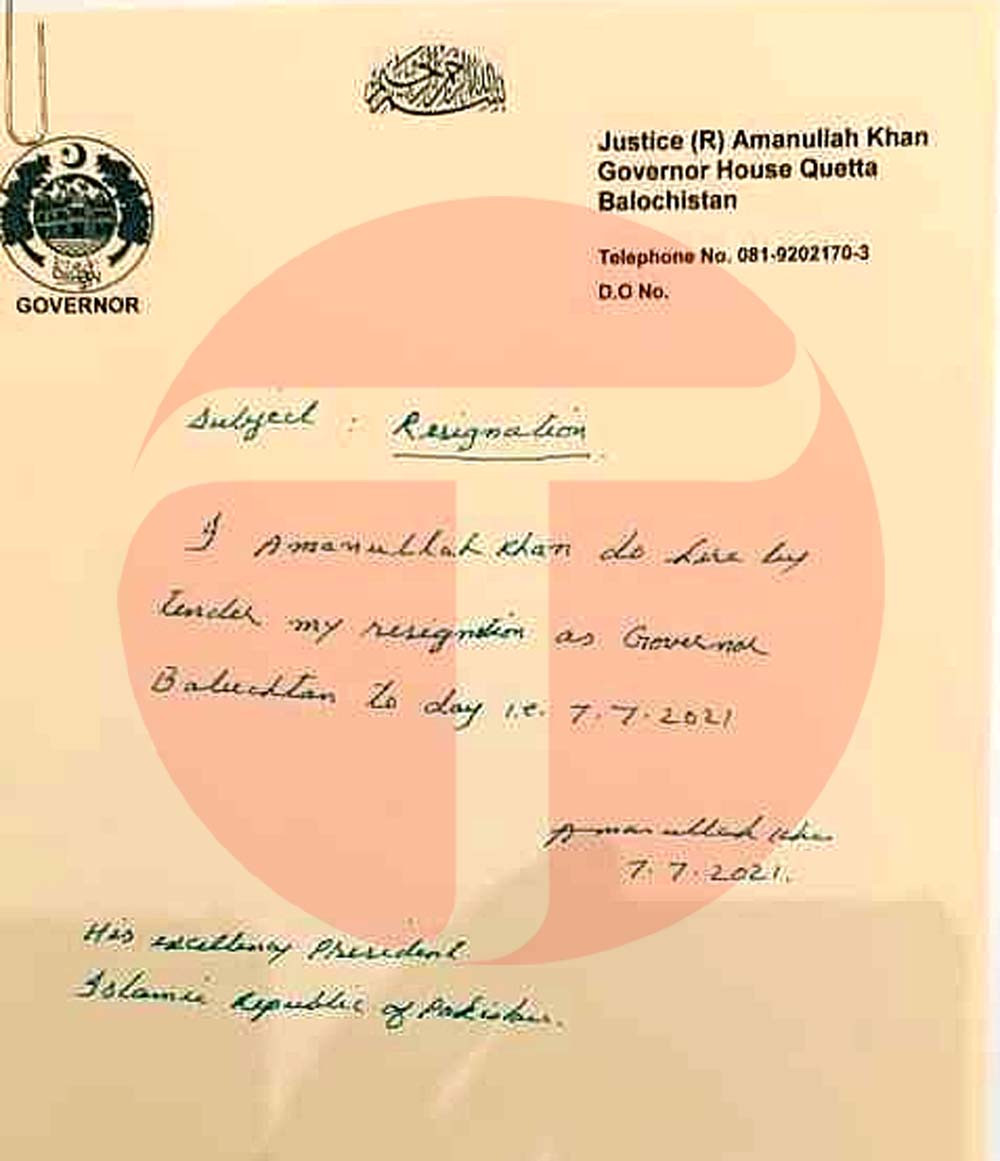 In April, Prime Minister Imran Khan had asked Yasinzai to step down, stating that he intended to appoint a new governor to the province in view of the transformed political challenges facing the country.

"It has been a pleasure to have worked with you, striving for creation of a welfare state and especially looking after the problems of people of the province of Balochistan.

"However, given the current political situation, dexterity and deftness is needed at this juncture for a delicate balancing act to simultaneously ensure political inclusion and fulfilment of our commitment towards the people of Pakistan.

"I [therefore] intend to appoint a new governor in Balochistan and would, therefore, request you to resign," the premier had said in a letter addressed to the governor.

However, Yasinzai had not handed in his resignation as the ruling PTI and its key ally in Balochistan – the BAP – had failed to iron out their differences over appointing the new governor.

Balochistan governor stresses use of technology in education system