Forced child labour: China holds up mirror to US

Shazia Qureshi has voiced her concern over the degradation she sees around her in Karachi. The filth of garbage, the increasing self-centeredness of people, speak to her of desolate alienation in society.

Her solo show at Chawkandi Gallery in the metropolis is titled ‘Allegories of Alienation’. 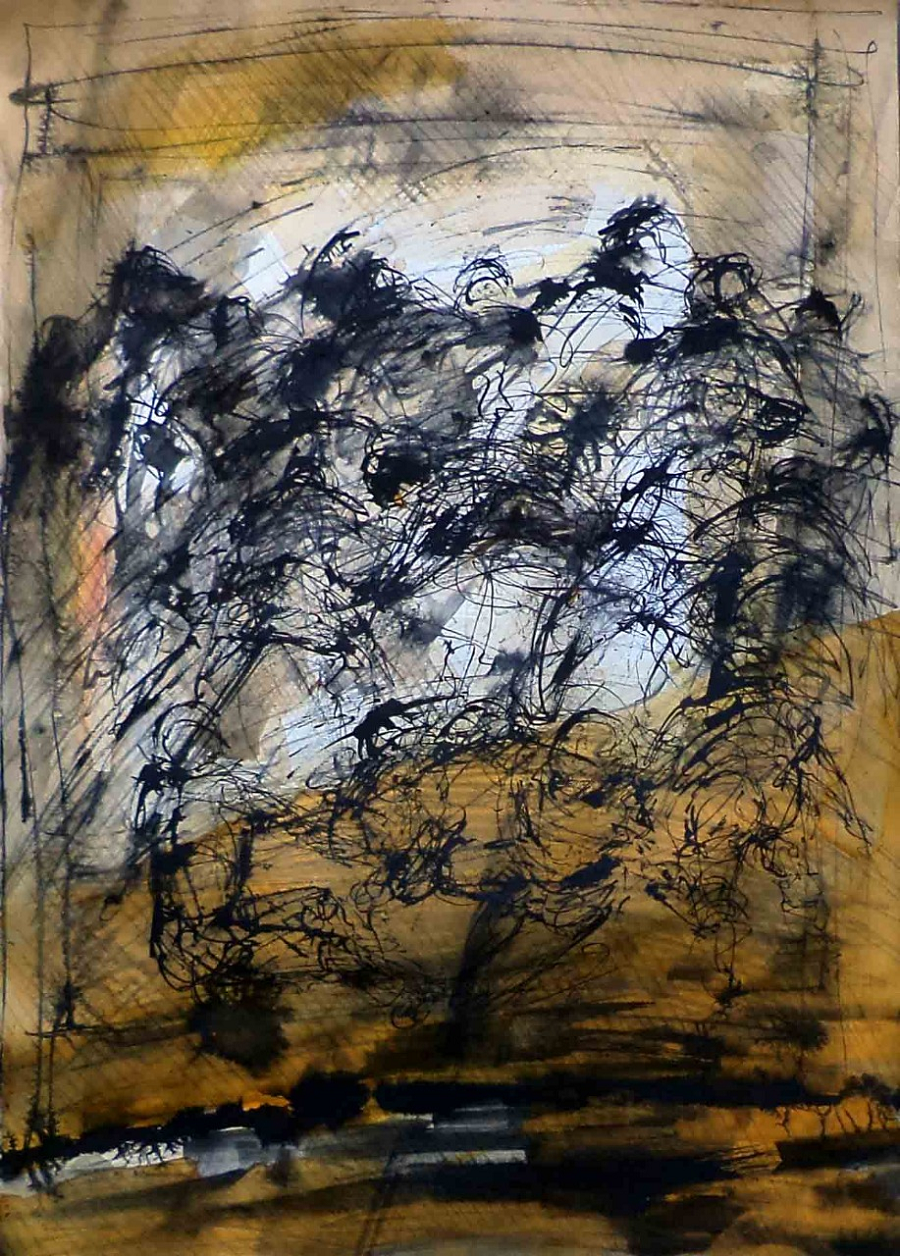 Clearly, philosophy plays a profoundly important part in Shazia’s thoughts. After studying art, she completed her masters’ degree in Philosophy from University of Karachi and has been teaching arts there for several years. 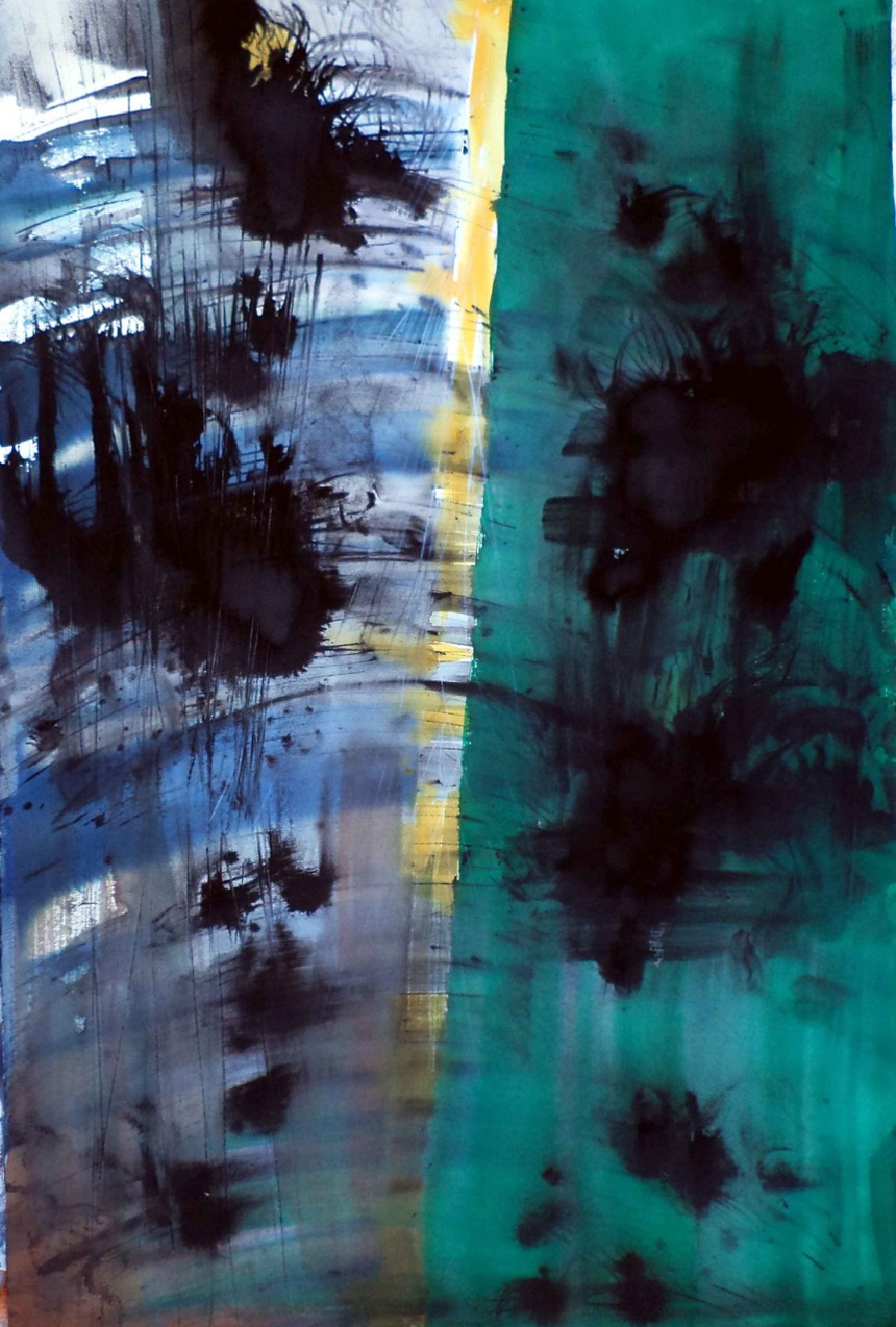 Her philosophical outlook is deeply embedded in her artist’s statement in which she makes a plea to “strengthen our philosophical reasoning and locate and re-establish the vertical axis of enlightenment”.

It is interesting to see how the philosophical concept of alienation is translated into visual art by Shazia in Allegories of Alienation. She uses gestural mark-making with line and colour to create expressionist works with coloured inks on paper.

The work titled Beyond Intellect-1 is bisected vertically in half by a streak of yellow ink. There are black splotches of ink on the blue and green halves. The work is abstract and at the same time, it suggests a binary of intellect and emotion that springs from the binary hemispheres of the brain. 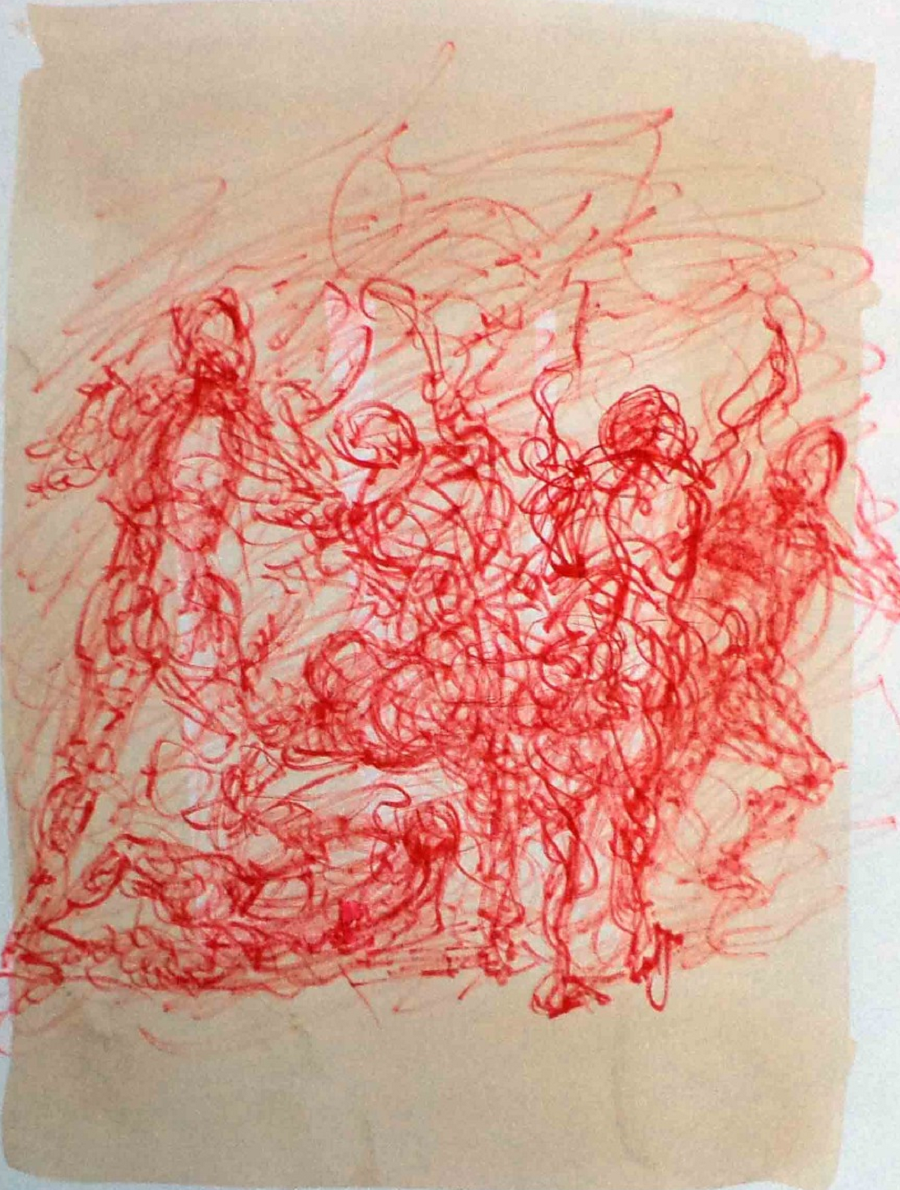 There are three other series on paper in the show: Enslaved Freedom I-IV; Defying Gravity I-III, and Conflicting Drive I-IV.

Shazia uses fine black lines to suggest shape and form. These lines provoke the viewer’s imagination to ‘read’ images into them. They seem to represent a mid-way space between becoming and being.

The four paintings in the Conflicting Drive series show a more formal expression of line as overlapping human figures can be seen clearly. The line has developed from abstract to figurative form. 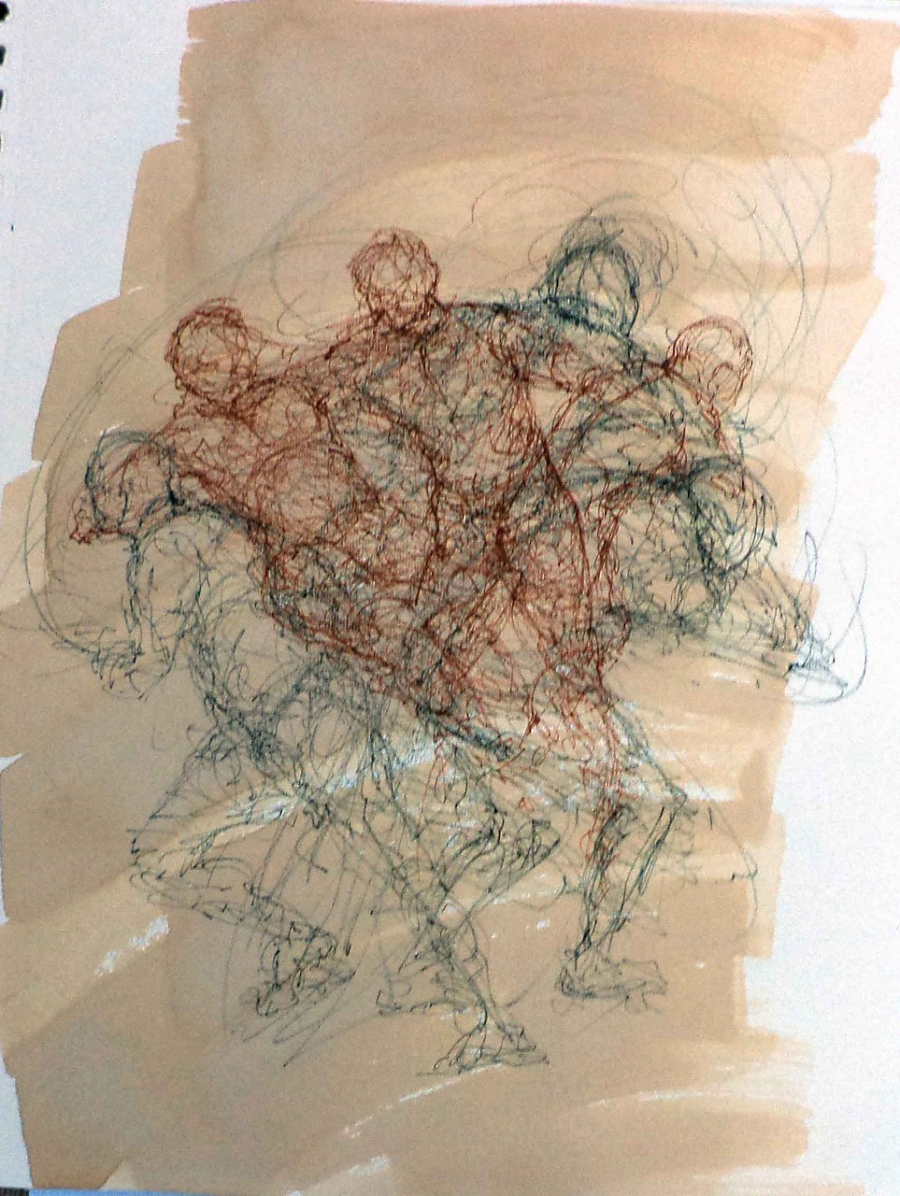 In addition to the works on paper, the show includes an installation of transparent acrylic cubes that are screen-printed with black and white squiggly lines. This series of 13 boxes, called Colliding Realities, is suspended from the ceiling at varying heights.

The cubes cast shadows on the wall, creating a magical display that is not without philosophical content. The objects and their reflections immediately evoke the time-honoured dialogue between reality and illusion.

One cannot help but leave the gallery after viewing the show with the conviction that art is a wonderful antidote to degradation.

In new policy, market forces will determine margins of OMCs and refineries

Imran to announce counter-strategy to 'fascism' on Aug 13