A veteran journalist and member of Punjab Assembly, Syeda Maimanat Mohsin, popularly known as Jugnu Mohsin, was allegedly attacked while she was returning home after addressing a public rally in Okara’s Hujra Shah Muqeem area. She remained unhurt in the incident.

Mohsin, wife of senior journalist Najam Sethi, was allegedly intercepted on Hujra Road by a person identified as Muhammad Hussain and some other unidentified gunmen, who were riding on motorcycles.

The men allegedly hurled threats at those accompanying Mohsin before fleeing the scene.

According to the FIR, one of the main suspects, Muhammad Yaseen, had threatened the veteran journalist on social media two days ago. Complainant Hafiz Irfan Hussain stated that Yaseen had written “if the rally of Jugnu Mohsin reached Jhajh Kalan, no one would be spared” on his post.

A complaint had been filed before FIA in this regard and the matter was under investigation, Irfan added. 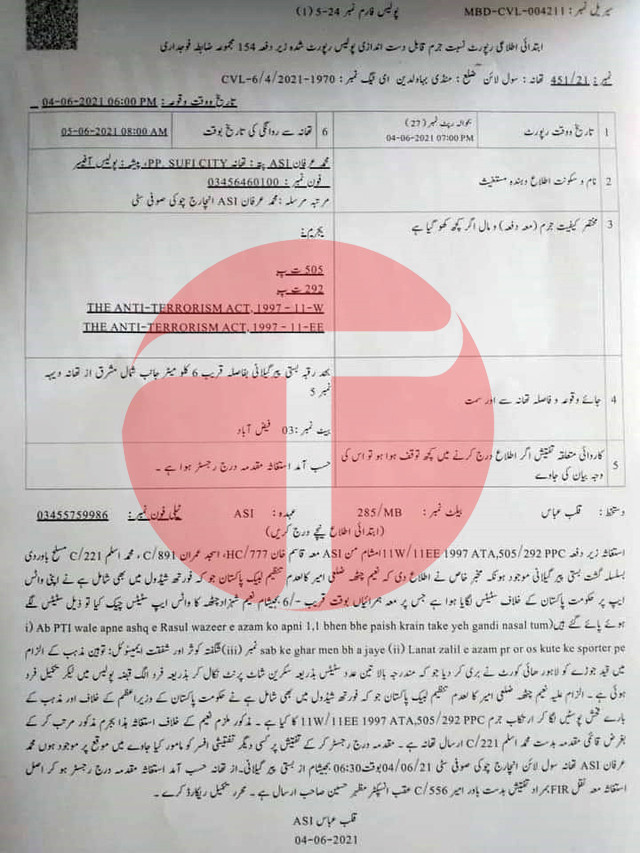 Last month, Islamabad-based Youtuber Asad Ali Toor was reportedly attacked in the federal capital. Unidentified assailants broke into his house and thrashed him.

Soon after the incident, Islamabad IG Qazi Jameel-ur-Rehman formed an investigation team under the supervision of DIG Operations Afzaal Ahmed Kauser to look into all aspects of the case.

In April, senior journalist and former chairman of the Pakistan Electronic Media Authority (Pemra) Absar Alam was shot near his residence in Islamabad.

In a video statement, the journalist while apparently being driven to hospital can be heard saying that he was attacked while walking outside his home. Absar said he suffered injuries to his ribs.

"Shocking and condemnable," wrote Shireen Mazari, the federal minister for human rights, on her official Twitter handle about today’s incident. "Culprits must be caught and dealt with strictly under the law. Absolutely unacceptable. This is terrorism."

Shocking and condemnable. Culprits must be caught and dealt with strictly under the law. Absolutely unacceptable. This is terrorism. https://t.co/mXqpj1U3sz

The Human Right Commission of Pakistan, in a tweet, condemned the attack. "We are relieved that she is safe. The perpetrators must be brought to book immediately," it added.

HRCP strongly condemns the attack on journalist and writer Jugnu Mohsin. We are relieved that she is safe. The perpetrators must be brought to book immediately.

Amnesty International also denounced the incident, saying that it is a glaring reminder of the need for authorities to act on threats made against women online.

"A swift, impartial and independent investigation must be immediately conducted to bring those responsible to justice," it added.

PAKISTAN: The attack on parliamentarian Jugnu Mohsin is a glaring reminder of the need for authorities to act on threats made against women online. A swift, impartial and independent investigation must be immediately conducted to bring those responsible to justice.