It's difficult to do justice to the kalaams I sing but I try: Abida Parveen

Foreign Minister Shah Mahmood Qureshi told European Union lawmakers on Wednesday that no armed pressure group was being allowed to challenge the writ of the state or dictate government policies.

Qureshi went on to express disappointment at the adoption of a resolution by the European Parliament on blasphemy laws in Pakistan.

The foreign minister stated that the resolution, “Reflected a lack of understanding of blasphemy laws and associated religious sensitivities in Pakistan and in the wider Muslim world.”

He further stressed that: “We need to appreciate the religious sentiments attached to the personality of the Holy Prophet (PBUH) and other religious symbols.” 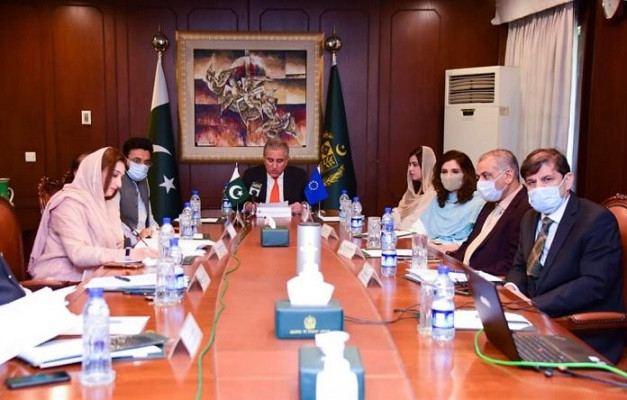 The foreign minister said that Pakistan believed in the policy of restraint and peaceful coexistence and was well poised to assume an even greater role as a responsible and responsive member in the comity of nations.

Read Govt not to compromise on blasphemy law

“We want to anchor our international engagement in economic cooperation and the inextricable link between peace and development. Our focus is shifting from geo-politics to geo-economics,” he said.

Regarding the Afghan peace process, the FM said that peace and stability in Afghanistan were paramount in realising the government’s vision of regional economic integration and trans-regional connectivity.

“Pakistan had long maintained that there was “no military solution” in Afghanistan. We remain committed to an “Afghan-owned and Afghan-led” peace process, he added.

He further added that Pakistan had consistently supported the peace process and the facilitation culminated in the US-Taliban Peace Agreement and subsequent commencement of Intra-Afghan negotiations.

Qureshi further warned that continued violence following the withdrawal of the US and NATO forces could potentially lead to rise in drugs production and an exodus of Afghans from their country.

Pakistan stands as a gatekeeper in stemming the flow of illegal migrants and narcotics from Afghanistan, he said.

On relations with neighbours, Qureshi said that Pakistan remained firmly committed to improving relations with all its neighbours, including India. However, he regretted that the overtures for peace were not reciprocated by India.

“Instead, it unilaterally and illegally moved to change the status of Jammu and Kashmir – a UN-recognised disputed territory - and vitiated the environment for dialogue. The onus is now on India to create an enabling environment, he said.

The foreign minister stated that Indian Illegally Occupied Jammu and Kashmir (IIOJK) dispute was indeed the single biggest obstacle in the way of building a durable and lasting peace in South Asia.

“A solution in accordance with the relevant UNSC resolutions and the wishes of the Kashmiri people is indispensable, he added. “Region’s strategic stability was threatened by the growing conventional asymmetry between Pakistan and India.”

He recalled that the EU Disinfo Lab unearthed India’s nefarious activities and urged the EU authorities to take notice of this massive misinformation campaign against Pakistan and not let third countries misuse the name of EU institutions.

As an emerging market of 220 million people, 60 per cent of whom are below the age of 30 years, Pakistan offers a multitude of opportunities for trade and investment, the FM further told the EU lawmakers.

Pakistan was ready to play its part for a positive and productive partnership with the European Union as enormous potential existed in areas of trade, climate change and digitisation, he said.

“Pak-EU Strategic Engagement Plan signed in June 2019 had ushered in a new phase in a relationship,” Qureshi added.

He mentioned that the Pak-EU relationship had provided a solid foundation and framework for cooperation in multiple domains, including political and defence, trade and investment, promotion of democracy, rule of law, good governance and human rights, migration and mobility, sustainable development, education and culture and science and technology

Qureshi expressed satisfaction over the Pak-EU relationship moving steadily in a positive direction in all spheres of cooperation, and expressed commitment to “remain engaged to further expand our multidimensional partnership”.

“EU was a traditional friend and a major economic partner of Pakistan with their cooperation based on shared values of democracy, pluralism, mutual understanding and respect,” the foreign minister stated.

As an emerging market of 220 million people, 60 percent of whom are below the age of 30 years, Pakistan offers a multitude of opportunities for trade and investment, he added.

He further said that anchored in economic security, Pakistan was focused on connectivity by promoting trade, transit and energy flows among Central and South Asia and Middle-East, providing economic bases as a development strategy and peace within our borders and beyond.

Qureshi said trade was an important aspect of the Pakistan-EU multi-faceted relationship. 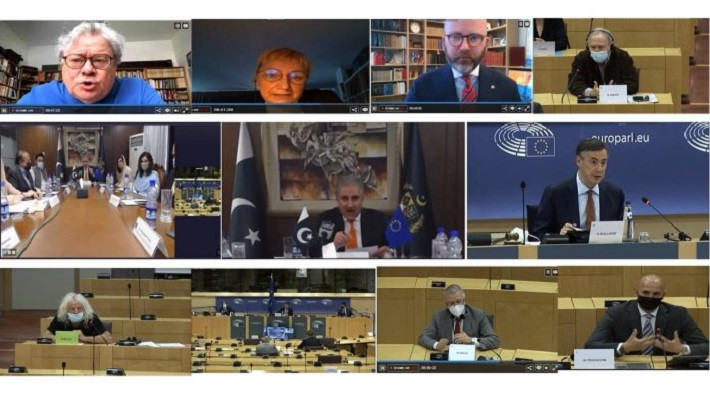 "While the GSP Plus has supported our exports, we have introduced reforms to attract foreign direct investment to maximally utilise this facility," he added.

“Pakistan offered an open and deregulated market with 100 per cent equity ownership and repatriation of capital and dividends,” he said. “Over the last five years, Pakistan’s IT exports had increased by 151 per cent and offered the EU to benefit from the country’s human resource in the IT sector to realise its digitisation goals.”

Regarding the Covid-19 pandemic, FM Qureshi lauded the EU’s efforts and contributions in fighting the deadly disease.

Book Review: The Liar’s Truth In The Age Of Misinformation