Failure of the power sector after 1970s

With immense hydroelectric potential. the country has been relying only on thermal sources instead 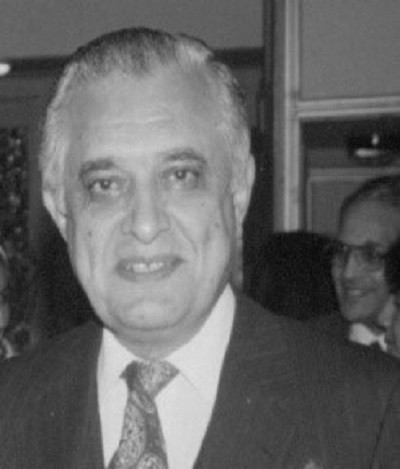 The policies followed by governments in the power sector after 1977 have greatly damaged the country’s economy. Shortage of electricity and high cost affected all sectors. Our country – having a hydroelectric potential of 100,000MW, and 87 known projects capable of producing 65,000MW of cheap and non-polluting energy – has been relying only on thermal sources, largely imported.

Pakistan’s installed power capacity is 38,719MW, with only 27% hydel. But since the previous government did not focus on building the required transmission and distribution infrastructure at the required time, even the maximum demand of 23,000MW is not met. What was their justification for the extra 16,000MW thermal power that added billions to Pakistan’s circular debt?

To understand this, we have to look at the power sector’s history. The Water and Power Development Authority (Wapda) was established to develop waterpower resources. Under Ghulam Faruque’s leadership, an integrated power grid system was planned in 1958 in the Power Development Section of Pakistan Industrial Development Corporation by a team of engineers, of which I had the privilege of being one.

It was an exciting period. We engineers were excited to build our beloved country. Transmission lines and grid stations were built between Warsak and Karachi, with a state-of-the-art telecommunication and control system. Some thermal power stations were constructed, but the stress was on hydroelectric. The major ones included Warsak, Mangla and Tarbela. By 1969, Pakistan’s installed power capacity was higher than South Korea’s. The hydel-to-thermal ratio was about 70:30. From 1958 to 1976, Wapda completed $3.5 billion worth of projects (without corruption), its achievements contributing to Pakistan being rated as the first Asian Tiger-to-be.

But then came 1977 and the story of Pakistan’s decline began. Wapda’s new chairman, a retired general, ruined the organisation by making it corrupt. Although there were many hydroelectric projects identified, just to get kickbacks on thermal projects he made the excuse that since three provinces had rejected Kalabagh, only thermal projects could be built. He was followed by two more retired generals. So for those 15 years their personal fortunes developed but there was no hydroelectric development. Mega-corruption had started in Pakistan and it was encouraged by Ziaul Haq. The Kalabagh lobby also strongly opposed any hydroelectric project.

This trend continued for 45 years when no hydroelectric dams were built. The hydel-thermal ratio changed to 27:73. I realised this policy was not in Pakistan’s interest and made hydroelectric development my mission.

In 1975, we had arranged a high-level conference on the “Role of Hydroelectric Resources in the Development of Pakistan”. In my keynote paper I had suggested that since Tarbela was nearing completion, we should embark upon two major dams on the River Indus, and get a ranking study of the available sites by a reputable foreign organisation. This was approved, but because of the 1977 coup, it was delayed to 1981-84, whereby Basha was ranked first and Dasu second.

A disastrous step was the 1994 IPP policy. I strongly opposed it because of its extremely unfavourable terms for Pakistan. But the policy of expensive deals for thermal IPP’s continues, adding to the circular debt.

As member of the Planning Commission's Energy Working Group in 1990-91, I presented a programme on hydroelectric projects, which was taken into Wapda’s Vision 2025. Basha’s revised feasibility, engineering and tender documents were ready by the end of 2005, but no action was taken. Despite my efforts, the final push happened with my presentation in the Supreme Court in 2018, when then chief justice Saqib Nisar agreed to my plea to construct Diamir-Basha and Mohmand dams. Construction of these and of Dasu has now started with the backing of PM Imran Khan, who also stopped building any more coal power stations. Several other hydroelectric projects have also started. Hopefully the decline of the power sector will end.