We will not allow scourge of terrorism to rise again: PM Imran 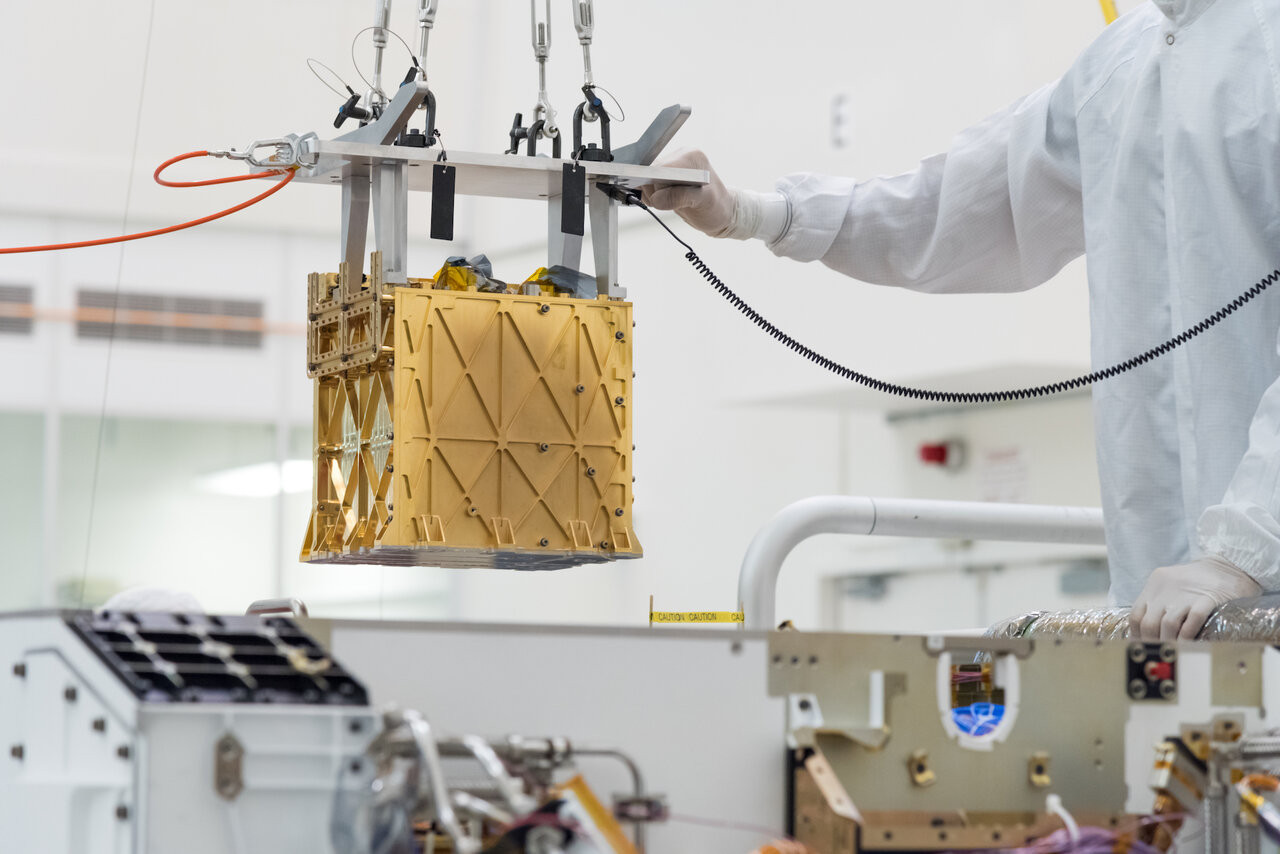 The six-wheeled robot has converted some carbon dioxide from the Martian atmosphere into oxygen, the first time this has happened on another planet, the space agency said Wednesday.

The technology demonstration took place on April 20, and it's hoped future versions of the experimental instrument that was used could pave the way for future human exploration.

Not only can the process produce oxygen for future astronauts to breathe, but it could make hauling vast amounts of oxygen over from Earth to use as rocket propellant for the return journey unnecessary.

The Mars Oxygen In-Situ Resource Utilization Experiment -- or MOXIE -- is a golden box the size of a car battery, and is located inside the front right side of the rover.

Dubbed a "mechanical tree," it uses electricity and chemistry to split carbon dioxide molecules, which are made up of one carbon atom and two oxygen atoms.

It also produces carbon monoxide as a byproduct.

In its first run, MOXIE produced 5 grams of oxygen, equivalent to about 10 minutes of breathable oxygen for an astronaut carrying out normal activity.

MOXIE's engineers will now run more tests and try to step up its output. It is designed to be able to generate up to 10 grams of oxygen per hour.

Designed at the Massachusetts Institute of Technology, MOXIE was built with heat-resistant materials like nickel alloy and designed to tolerate the searing temperatures of 1,470 degrees Fahrenheit (800 Celsius) required for it to run.

A thin gold coating ensures it doesn't radiate its heat and harm the rover.

MIT engineer Michael Hecht said a one-ton version of MOXIE could produce the approximately 55,000 pounds (25 tons) of oxygen needed for a rocket to blast off from Mars.

Producing oxygen from Mars' 96 per cent carbon dioxide atmosphere might be a more feasible option than extracting ice from under its surface then electrolyzing it to make oxygen.

Perseverance landed on the Red Planet on February 18 on a mission to search for signs of microbial life.

Its mini helicopter Ingenuity made history this week by achieving the first powered flight on another planet.

The rover itself has also directly recorded the sounds of Mars for the first time. NASA's Ingenuity helicopter dropped on Mars' surface ahead of flight