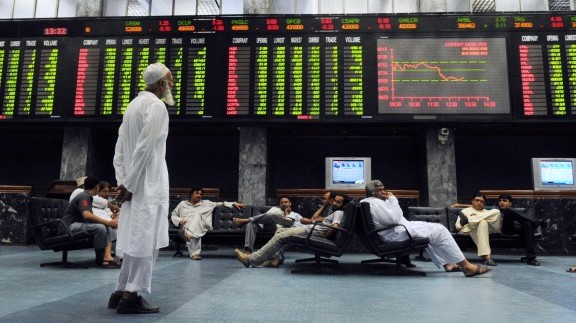 Bulls made a comeback to the Pakistan Stock Exchange on Tuesday as the benchmark KSE-100 index climbed 486 points owing to the much-awaited resolution of political dispute and negotiations between the government and protesters.

A host of encouraging financial results, announced during the session, helped the market sustain the buying momentum.

A marginal drop in Covid-19 cases on Monday sparked some optimism about the economy and enticed investors to take fresh positions.

Earlier, trading began with a spike as investors poured money into attractive stocks. The index crossed the 45,500-point mark multiple times, however, selling pressure towards the end of the session restrained the market from closing above that threshold.

Arif Habib Limited, in its report, stated that market went up by 645 points during the session and closed up by 486 points on account of a host of corporate result announcements scheduled for Tuesday.

Although the results of key companies showed healthy growth, the pertinent stocks did not respond in the same fashion.

Among the key results announced at the bourse were of HBL, International Steels, Aisha Steel Mills and Meezan Bank, however, their price performance remained muted.

Technology stocks, particularly Telecard and TRG Pakistan, helped change the tide early on, when TRG released material information regarding one of its subsidiaries. It resulted in bids for the stock at the upper circuit in the pre-open session, the report added.

Some stimulus was provided by news of extension given by the UAE to Pakistan in loan repayment. Furthermore, negotiations between the government and the TLP resumed to break the political deadlock.

Daily traded value stood at $93 million while volumes came in at 343 million shares.

TRG Pakistan was in the limelight throughout the day on material information pertaining to its associate company.

“We expect volatility to prevail due to political tension in the country and we recommend investors to book profits on the higher side and wait for any sharp dips to accumulate value stocks in cement, refinery and steel sectors,” the analyst said.

Overall trading volumes declined to 343.3 million shares compared with Monday’s tally of 363.1 million. The value of shares traded during the day was Rs14.2 billion.

Shares of 401 companies were traded. At the end of the day, 280 stocks closed higher, 102 declined and 19 remained unchanged.

Foreign institutional investors were net buyers of Rs119.8 million worth of shares during the trading session, according to data compiled by the National Clearing Company of Pakistan. 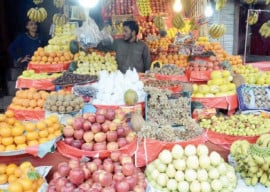