Development has blown air of skepticism on matter, claims about various consequences of the new headman’s authority 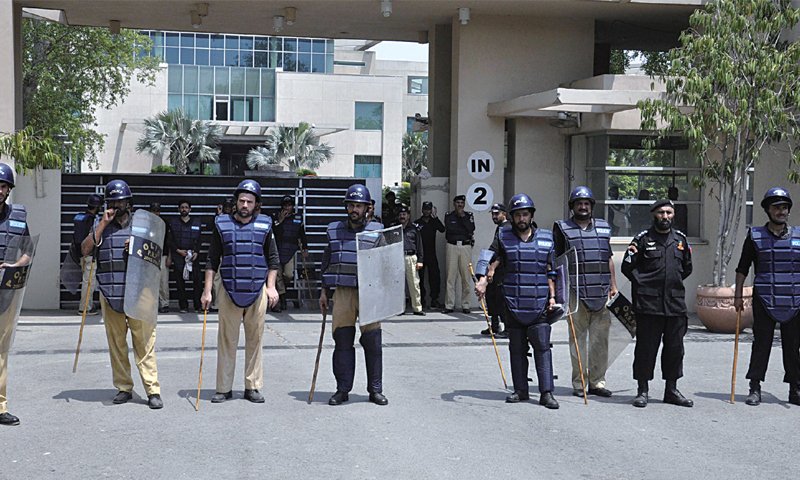 The Royal Palm Golf and Country Club, which is the only profit-making entity owned by Pakistan Railways, appears to have run into an administrative tussle.

The resulting issues, if not assuaged in due time, are projected to lead the so far successful venture to a road to ruin.

What sits at the helm of the Royal Palm’s administrative squabble, is the appointment of Shahrukh Khan, a US-returned associate of Minister for Railways and Azam Khan Swati, as the new railway adviser and headman of the railway-owned club.

Although Khan’s appointment, alleged to be rooted in nepotism, has only been conveyed orally, the new hierarch has been quick to impose his authority through what’s being seen as an iron-fisted rule.

The development has since blown air of skepticism on the matter, with claims about various consequences of the new headman’s authority, making it to the fore every day.

The ire of the club’s senior management stems from a slew of administrative decisions, which are said to be in direct violation of the Supreme Court’s order. Per said ruling, the adviser has neither the authority to hire, fire or transfer any employee of the Royal Palm Golf and Country Club, nor infringe on the rights of its members in any way or form.

However, claims still suggest various dubious activities at the club, such as forced extraction of resignation from the club’s chief financial officer and the barring of several officials, including the general manager, vice president operations and food and beverages director, from entering club premises.

In addition to that, there have also been reports of alleged misappropriation of several possessions of the club, including an official vehicle, dead-stock items and squads of railway police and guards deputed at the facility.

“The club management had been directed by the orally-appointed chief to start selling various items of scrap and dead-stock belonging to the club. However, since no written order could be furnished in this regard, the club, complying with its rules, denied selling any items. Yet however, there are reports of at least two 55-inch LED screens, which belonged to the club, being smuggled out of the Royal Palm, using the railway minister’s name on the gate pass,” a senior management source elaborated while addressing the alleged misappropriations.

According to the Royal Palm Golf Course Manager Roshan, who has also been subject to the unauthorised administrator’s lambasting, the new headman came to the club last Sunday, with two vehicles in tow, carrying armed guards and railway police.

“In his first address, he grandly promised to weed out all corrupt officials from the club during his charge. But oddly enough, there is no paperwork to support or even legitimise that charge. He has not furnished any written orders for his post as the club’s administrator and has been managing the facility’s affairs on verbal instructions, including abrupt inter-departmental postings and transfers and unwarranted promotions,” the manager corroborated.

The employees of the club are intimidated by the situation and the club members are also worried,” he added.

When The Express Tribune contacted Railways Minister Azam Khan Swati for his comments on the matter, Khan categorically denied all claims of nepotism or close associations with the new adviser. “Shahrukh is not my friend. He is a Pakistani, like anyone else. The railways and Royal Palm are in good hands and since the Supreme Court is supervising the case, no mafia or media can blackmail us into doing anything.

Royal Palm is our national asset, I rather we let it be so,” he asserted