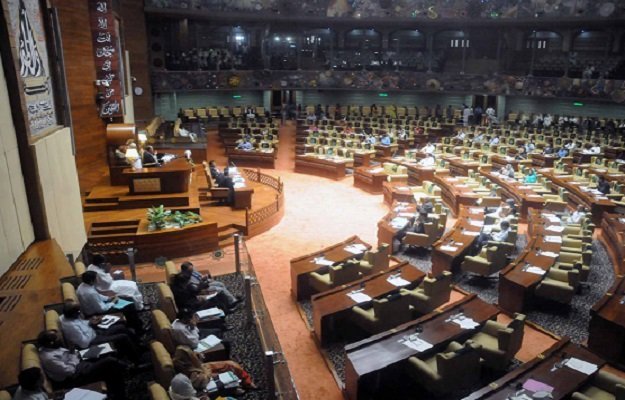 The opposition members in Sindh Assembly claimed on Thursday that the Pakistan Peoples Party-led Sindh government was avoiding holding a pre-budget session of the provincial assembly to hide its own short comings.

Bilal Ghaffar said that under Rule No143 of the assembly, it is clear that there must be a pre-budget sessionin the house. This session would have to be held between January to March in which all the provincial members inform the incumbent government about the budget proposals, schemes, and problems of their constituencies.

At least five sessions are held for the pre-budget discussions, however, March has ended but the Sindh government did not summon the session. "We demand that the pre-budget session is summoned," said Ghaffar.

Slating the ruling party in the province, he said there is dictatorial rule in Sindh. They did not even share the Auditor General of Pakistan Revenue report with the MPAs. Does the Sindh government want to hide its misdoings in the past two years, Ghaffar said.

He said according to the World Bank report released on March 31, Karachi is one of the 10 least developed cities in the world. The report states that the city needs $10 billion to make it liveable, he said referring to 'Fact Sheet: World Bank Engagement in Karachi'.

According to Ghaffar, among other things, the WB's report states that 50 per cent of the metropolis' population does not have access to potable water, half of the people are living in slums, and 60 per cent solid waste is left on the streets and roads.

Karachi currently ranks among the bottom 10 cities in the world in terms of livability, according to the 2019 Global Livability Index. Metro Karachi performs poorly on all indicators of municipal services and on all dimensions of livability, health, environment, safety, and education.

It has stated: "water and sewage networks, meet only roughly half of the city's needs. As a result, water is available for only a few hours per day. Most sewage is discharged into the ocean untreated."

The public places have disappeared and the city is unable face any natural calamity, Ghaffar said quoting the report.

He said the report is an independent analysis of 13-year rule of PPP in the city and the province. WB says it has provided more than Rs150 billion for various projects in Karachi since 2017, but there is no progress on the ground.

Meanwhile, Pakistan Tehreek-e-Insaf (PTI) vice president and Opposition Leader in Sindh Assembly Haleem Adil Sheikh in a video statement on Thursday said the opposition in the Centre was making big claims to overthrow the government but had fallen on its own.

Today PDM leaders were at each other's throats, he said. He said that 2021 was proving to be the year of development of the country. Today, Pakistan's exports had increased, and the stock market was at its highest level.

"Inflation has come down compared to last year and the rupee has also strengthened against the dollar," he said highlighting the achievements of the PTI government.

The consumer sentiment is improving as is visible from the highest number of vehicles sold in March 2021. The Federal Board of Revenue has met the tax targets due to the policies of the government which shows improved taxpayer confidence, he said, adding that the business community is paying taxes, whereas in the past, they did not pay taxes because they thought that the thieves will eat all the money.

Haleem further said that PPP government in Sindh had taken away basic facilities from the people. "There is an urgent need to invent vaccines even for the corrupt rulers of Sindh."

Opposition in Senate is a house divided 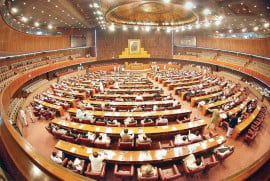 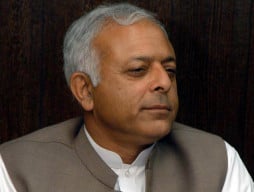 Opposition resorting to attacks instead of answering the law: says Shibli

Senate opposition leader will be from PML-N, insists Maryam