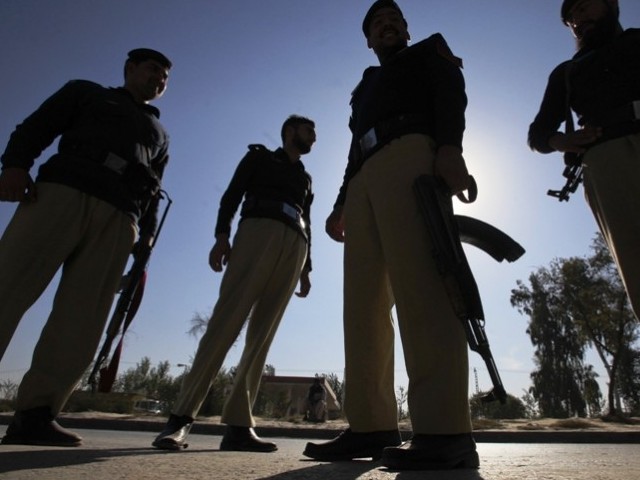 Police are on the lookout for a man reportedly involved in impersonating the Lahore CCPO on phone for exerting influence in various matters, a week after apprehending a suspect who triggered an hours-long search operation around Data Darbar by a hoax phone call.

CCPO Ghulam Mehmood Dogar told The Express Tribune on Wednesday that he had come to know that someone had contacted various police stations in the city while posing as him and issued instructions for favours on various issues.

He said a report had been filed against the suspect and his location had been traced in Karachi, but he had now switched off his phone. The CCPO said he had ordered all the SHOs and other officers to only follow the instruction issued from his landline and mobile phone numbers and his telephone operator's official number.

The officials have been asked to report any suspicious phone call. He said a proposal was also being prepared for imposing strict punishment on misusing police uniform, impersonating an official or spreading panic through hoax phone calls.

The police also arrested a man fleecing traders by claiming to be a magistrate and a group of people involved in submitting fake surety bonds in courts during the past week.

Police have arrested a man whose false tip about a terrorist attack resulted in an extensive search operation in the city on Saturday. The suspect reportedly made the call to avenge the removal of his pushcart near Data Darbar by the police. He reportedly called the police emergency phone number 15 on Saturday evening and said that a plot had been hatched for a bomb explosion at the shrine.

The caller said that two persons had left a hotel in front of Data Darbar with suspicious bags that might contain explosives. The phone call alarmed Lahore police and visitors were barred from entering Data Darbar.

A heavy contingent of police and a team of the Bomb Disposal Squad reached the spot and launched a search and sweep operation. The police apparently took the information seriously because Data Darbar had been targeted by terrorists twice in the past. The caller remained in contact with the police throughout the operation, while SP City Zohaib Ranjha kept updating DIG Operations Sajid Kayani about the situation.

According to police officials, the DIG monitored the location with the cameras of the Safe Cities Authority and also watched the earlier footage. After keeping the police on the toes for two hours, the caller made a new claim that the two suspects had gone to Karbala Gamay Shah, another prominent place of worship, with their bags.

SP Zohaib Ranjha then reached Karbala Gamay Shah with his teams, closed it for visitors and started a search operation. Meanwhile, the caller turned off his cell phone, while the police repeatedly tried to contact him. After about four hours of search and surveillance, the police allowed visitors to enter both places after increasing the number of personnel deployed for their security.

Focusing then on tracing the caller, the police, with the help of other law enforcement agencies, obtained his phone call and location data. The location record showed that the caller was present in the same area during the search operations.

Finally, on Tuesday evening, the police traced the caller in an area near Data Darbar and took him into custody. DIG Kayani told The Express Tribune that the name of the suspect, aged 30, was Shoaib and he was a resident of Chakwal.