There will be further delay in pronouncement of PPP’s formal decision about en mass resignation, PDM’s long march

Bilawal is briefing media after the CEC meeting. SCREENGRAB
ISLAMABAD:

The Pakistan Peoples’ Party (PPP) delayed its Central Executive Committee’s (CEC) meeting, scheduled for April 5, as both the upper and the lower house of the Parliament would be in session on that day.

Reportedly, as a result, there would be further delay in pronouncement of PPP’s formal decision about en mass resignation and PDM’s long march.

"In exercise of the powers conferred by clause (1) of Article 54 of the Constitution of the Islamic Republic of Pakistan, the President has been pleased to summon the Senate to meet in the Parliament Building, Islamabad, on Monday, the 5th April, 2021, at 10:00 a.m.," stated a notification from Senate Secretarite issued on April 3. 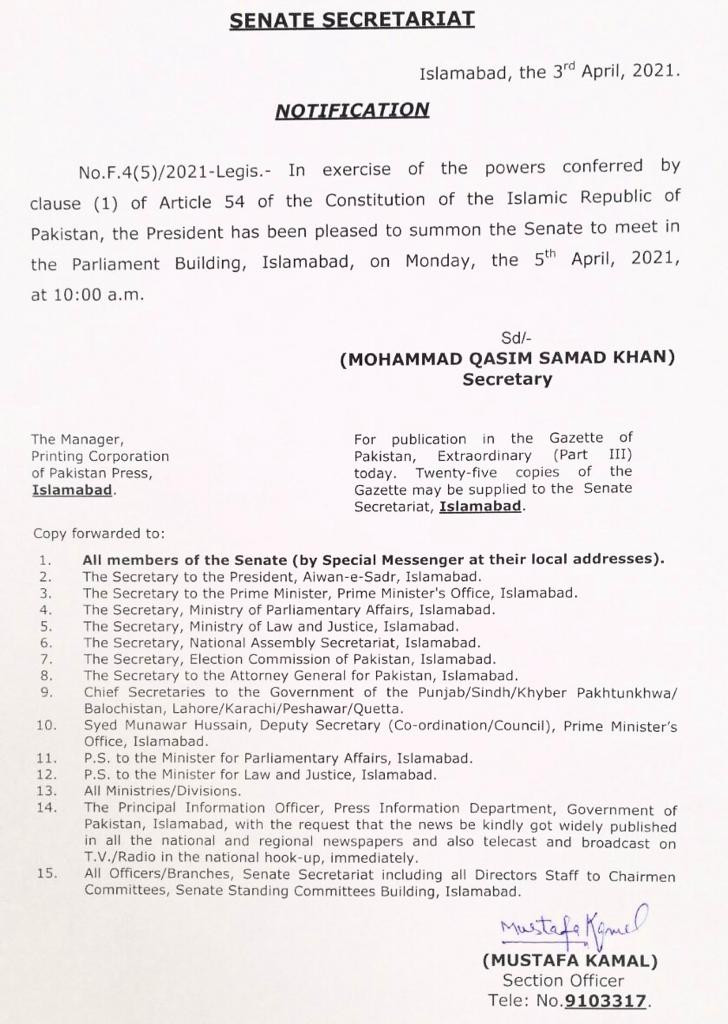 Serious differences emerged between the parties – both part of an anti-government alliance, the Pakistan Democratic Movement (PDM) – after the PPP appointed its stalwart Yusuf Raza Gilani as Senate’s opposition leader, apparently in violation of what had earlier been agreed upon in a PDM meeting.

In a meeting held in Islamabad on April 2 leaders of eight opposition parties agreed that “show cause notices” should be issued to the PPP and the ANP for disregarding the PDM’s decision, said sources.

They said the parliamentary leaders of the eight parties decided that the show cause notices should be issued with the approval of PDM chief Maulana Fazlur Rehman.

Sources said the eight parties have decided to first give a chance to the PPP and the ANP to explain their position and if they couldn’t satisfy then they will be expelled from the alliance.

They said the parties have also agreed to hand over the leadership of the new bloc to Senator Azam Nazir Tarar, PML-N’s candidate for the position of Senate opposition leader.