Prime Minister Imran Khan allotted 1,008 flats and 500 houses for poor workers and widows on low-cost mortgage at a ceremony in the suburbs of Islamabad. PHOTO: APP
ISLAMABAD:

Prime Minister Imran Khan inaugurated on Thursday a labourers' complex in Islamabad as part of the Naya Pakistan Housing Scheme.

"This is a major achievement," the premier said while addressing a ceremony held for the allotment of 1,500 houses in the federal capital.

The project was initiated as part of a joint collaboration between the Workers Welfare Fund, Ministry of Overseas Pakistanis and Human Resources Development.

"I want to congratulate Zulfi Bukhari [Minister for Overseas Pakistanis], Workers Welfare Fund and their team for reviving the 25-year-old project and providing the people with their own houses," he added.

"In the last 25 years, no one thought about making this a priority and provide houses to those who can't afford to have their own residence," the premier said.

"This is the true meaning of Naya Pakistan - a new idea and mindset of a government, deciding to uplift the destitute segments of the society," the PM remarked.

He said it was a collective responsibility of a government to prove through its actions that it has new ideas to serve its people.

"It is a right of this segment of the society and we owed it to them," he maintained. 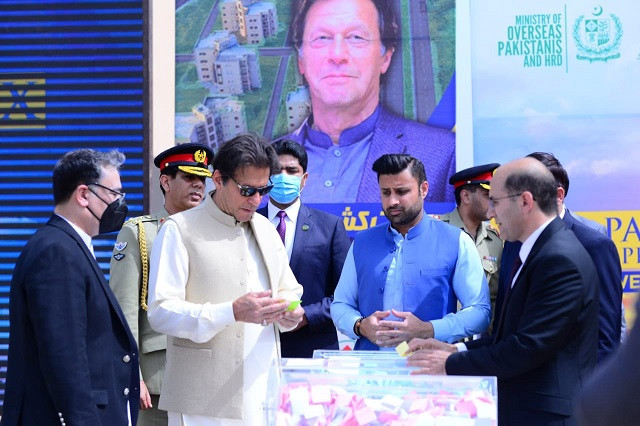 PM Imran observed that owning a house of their own has become nearly impossible for labourers. "But now, they can have their own houses," he asserted.

"The government made efforts to introduce legislation and managed to get the foreclosure condition cleared," the premier said, adding that it was now possible to borrow loan to pay for mortgage.

Concluding, the premier said that the government was actively focusing on the construction sector.

Later, talking to the media regarding the housing scheme, the premier said, "The government is going to give a subsidy amounting to Rs0.1 million on every house for the next three years."

If there is a subsidy on a house that costs Rs2.1 million, it will come down to a cost of Rs1.8 million, the premier explained.

"The cost of Rs1.8 million essentially means that instalments will be reduced as well, enabling people to pay the instalments while living in the house," he said.

This, the premier added, has happened for the first time in Pakistan. “Now that the foreclosure law has been passed, banks can lend money to borrowers,” he said.

To a question, the premier said that the Workers Welfare Fund was earlier ridden with corruption, and labourers were not given what they deserved.

"The 25-year-old scheme was revived and then, due to the efforts of the overseas ministry, the entire society came into being in just two-and-a-half-years," the PM stated.

Responding to another question on the role of provinces regarding the five million houses’ scheme, he said, "We are in contact with the provinces, and though we don't receive much response from Sindh, the scheme is in full swing in Punjab, Khyber-Pakhtunkhwa, as well as Balochistan, especially after the passage of foreclosure law,” PM Imran added. 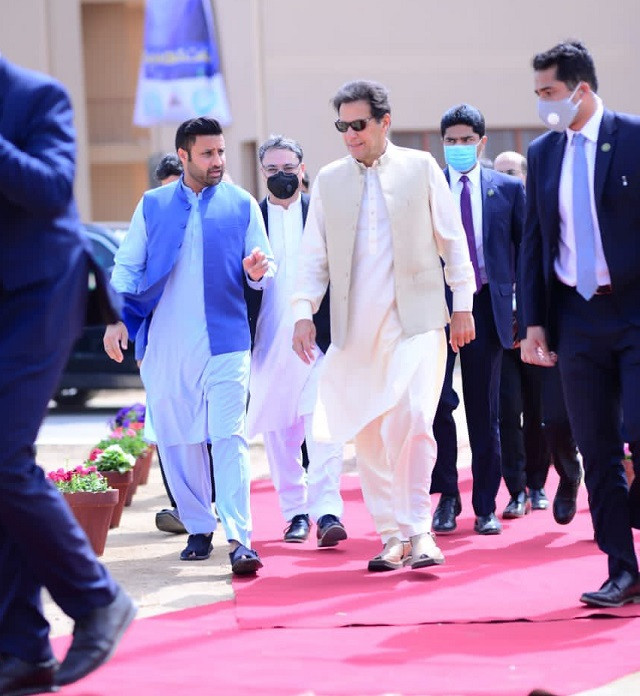 Regarding future projects, he said, "The Bundle Island, for which the Sindh government isn't giving us permission, Ravi Project and Central Business District at Walton Airport are in the pipeline."

"The Ravi and Central Business District projects alone can help us complete the housing scheme," the premier opined.

He said that some 7,800 houses have already been built for the unprivileged, and interest-free loans are being provided to them.

"The construction will be visible in the days to come as it is in full swing in provinces," the premier said, adding that the master plans for several cities were in the making and several will be completed by the year end.