Imports aimed at bridging fuel deficit in the economy 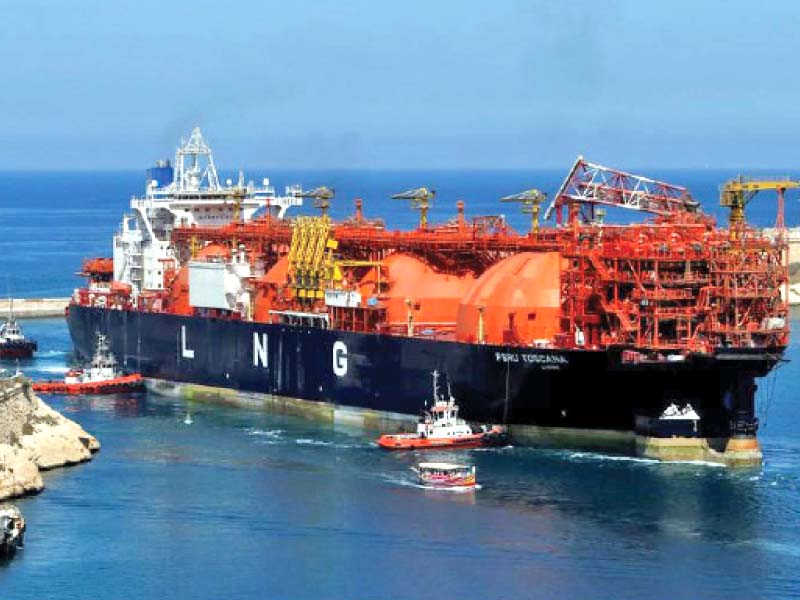 In Pakistan, consumption of imported gas has remained low mainly due to the gas import contract at higher price. PHOTO: REUTERS
KARACHI:

Pakistan has booked 11 cargoes of liquefied natural gas (LNG) to be imported during March to partially bridge the deficit part of the fuel in the growing domestic economy.

The imports would, however, be made at an eight-month high price at $9.59 per metric million British thermal unit (mmbtu).

The government would make the expensive imports partly due to uptrend in the energy prices at global markets for the past couple of months and partly due to signing of 15-year long LNG import agreement with Qatargas at a higher rate by the previous government in the centre.

The rate is pegged with the trend in the international benchmark crude Brent’s price. The costly imports would keep it challenging for the government to control inflation and check its expenditures.

It would not just be the import bill which is set to go up, but the amount of subsidies the government pays on LNG supplies to manufacturing and export sectors would also rise. The public would actually pay the price for the expensive imports which are a must due to deficit production of local gas.

Pakistan would import LNG at around February’s eight-month high level of $9.59 per mmbtu.

The breakdown suggests that state-owned Pakistan State Oil (PSO) would import six cargoes of LNG on an average $7.587 per mmbtu - excluding terminal charges, profit margins, transmission & distribution losses and other costs - in March.

Besides, Pakistan LNG Limited (PLL), which is another state-owned company, would import five-cargo of LNG at an average of $7.104 per mmbtu in the month. The two companies have the capacity to import 1,200 million cubic feet per day. They would import a total of 35,200,000 mmbtu in March.

The imported LNG is supplied to RLNG-fired power plant and manufacturing and export sectors like textiles.

“Accordingly, the expensive supplies would take their cost of production up…and cause inflation in the economy,” AHL Research Head Tahir Abbas said while talking to The Express Tribune.

The import price of RLNG is pegged with Brent, which is on the rise for the last several months. Brent is trading at one-year high over $68 per barrel at world markets these days, he said. Oil may hit $70 per barrel ahead of the return of summer season in June-July when demand of energy peaks every year, according to other local and international research houses.

The cost of power production goes up at RLNG-fired plants, as RLNG contains significant portion in the energy mix, Abbas said.

“The increase in import price would also take amount of cross subsidies to be paid by the government to the export sectors,” he said.

The utility companies also supply the imported gas to other manufacturing industries at the actual price, excluding subsidies. The increase in their cost of production would agree them to pass on the increase to the end-consumers which would keep inflation in the economy at higher side, he said.

“The current oil prices (with which LNG is pegged) in world markets are already high for an emerging economy like Pakistan. A further increase may make things worse while the country has limited fiscal space to spend more,” Alpha Beta Core (ABC) CEO Khurram Schehzad said the other day.

To recall, Pakistan has very recently resumed the International Monetary Fund’s (IMF) loan programme worth $6 billion which was on hold since the outbreak of Covid-19 in Pakistan in February 2020.

The global lending institution was already demanding the government to increase its income through new taxation measures and have control over expenditures.

He said the reopening of global economies from lockdown with availability of vaccine has revived hopes for revival of the global economy.

The developments would increase demand for oil globally with demand particularly to come from cars and airline industries soon.

AA Gold Commodities Director Adnan Agar was of the view that oil may see correction of $10-15 per barrel after touching $68-70 under the current cycle.

“It (Brent) would, however, go again up to $65-70 per barrel ahead of the summer season (Jun-Jul). By that time, a large population in the US and Europe would have been vaccinated and global economies would be in gear.”