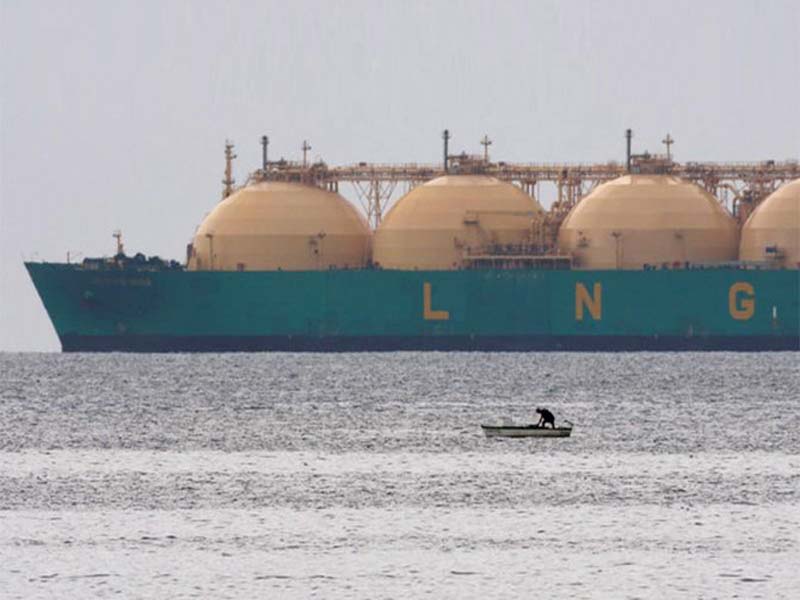 Two major industries around the world – arms and energy – have continued to dominate for a long time and have driven diplomatic and strategic relations between different countries.

Energy diplomacy leads to interdependence on each other. Energy trade is not only confined to commercial business but it also provides opportunities for countries to expand their footprint in foreign markets.

Traditionally, the oil lobby has been powerful around the world for decades. However with changing energy dynamics, a liquefied natural gas (LNG) lobby is emerging rapidly as several countries are increasingly using LNG as a tool to capture markets as well as develop diplomatic and strategic relations.

For decades, Saudi Arabia remained an ally of Pakistan and had been supplying a major share of oil. However, it faced a big setback during the tenure of Pakistan Muslim Nawaz (PML-N) government in 2015 when Pakistan signed a 15-year LNG supply deal with Qatar.

Lately, in Pakistan’s power sector, which had been a major oil consumer, LNG has replaced oil demand. With this, Saudi Arabia has lost a major chunk of its oil market.

The ruling Pakistan Tehreek-e-Insaf (PTI) had been a major critic of the 2015 LNG deal with Qatar when the party was not in power. The party even made the “expensive” LNG deal part of its election campaign against the PML-N government.

When PTI came to power in August 2018, the anti-corruption watchdog launched an investigation into the LNG agreement, but later abandoned it, fearing the probe would mar diplomatic relations between Islamabad and Doha. Now, Pakistan has signed a second long-term LNG deal with Qatar for initial supply of 200 million cubic feet per day (mmcfd), which will begin next year. Supplies will increase to 300 mmcfd in 2023 and 400 mmcfd in 2024. The contract will remain in place for 10 years.

Is it really a cheaper deal? Gas prices are linked with crude oil in the global market. During Covid-19 lockdowns, oil prices crashed, with which LNG prices also came down. LNG went down to as low as $2 per million British thermal units (mmbtu).

However, with the easing of lockdowns following supply of Covid-19 vaccines around the world, the LNG prices rose over the past couple of months, touching $30 per mmbtu. Now, they have started falling again. Earlier, the PML-N government inked the LNG supply agreement with Qatar and commodity trader Gunvor at 13.37% of Brent crude. The deal came in for a lot of criticism for being what many called “expensive”.

Separately, Pakistan LNG Limited (PLL) has floated tenders for short and long-term LNG supply and awarded contracts at around 12% of Brent crude. For spot purchases, PLL has given contracts in the range of 6-17% of Brent price.

The PTI government, however, claims that the average price for those spot tenders has been 11.9% of Brent. Now, the question arises whether Pakistan has inked a cheaper deal compared to Qatar agreements with other countries. There is another question whether it is an ideal time for such a deal.

According to officials, Pakistan has clinched a handsome deal, which will cost less compared to agreements inked by Bangladesh and China. Qatar has struck LNG deal with Bangladesh at 10.5% of Brent whereas with China the deal has been inked at 10.2%.

LNG prices for Pakistan and China are same, but China has agreed on bulk supply, which is why it has to pay the lower price whereas Pakistan has booked a smaller quantity, which no country offers at a low price.

Secondly, experts say LNG prices will rise in coming years. Bangladesh, India and many other countries are building more LNG terminals, therefore, there are signs that prices will go up.

At present, the share of LNG stands at 43% in Asia’s energy market. According to studies, this share will widen to 64% after completion of new terminals next year.

The private sector is going to kick off LNG imports from April 2021 as the PTI government has opened up the LNG market.

Universal Gas Distribution Company (UGDC) CEO Ghiyas Paracha has described the new LNG agreement as good, believing it would set a benchmark for LNG imports by the private sector at low prices. He stressed that it would also spark competition in the market and would lead to imports at competitive rates, ultimately benefitting the consumers.

Qatar has offered to invest in laying a gas pipeline in Pakistan. It has also become part of a consortium setting up an LNG terminal. With its increasing stake in the LNG market, experts suggest, Qatar should inject capital into gas infrastructure in Pakistan.

Paracha called it a good opportunity for Qatar to invest in building gas infrastructure in Pakistan.

However, Saudi Arabia seems to be unhappy with Qatar’s presence in Pakistan. Earlier, according to officials, it had piled on pressure on former prime minister Nawaz Sharif to shelve the LNG deal with Qatar when Riyadh had a spat with Doha. However, Nawaz Sharif did not abandon the project.

During the tenure of current PTI government, Saudi Arabia extended an oil supply facility on deferred payments as well as deposited $3 billion in Pakistan’s central bank.

However, Pakistan could not avail itself of the full oil supply facility as Saudi Arabia refused to provide refined petroleum products and only offered crude oil. It also offered Pakistan supply of 24 LNG cargoes annually but no agreement could be reached as Riyadh had no LNG production.

Experts say the fresh LNG deal will provide new opportunities for Pakistan. Islamabad and Doha have been engaged in negotiations for the export of 100,000 workers to the Gulf state. Qatar needs huge manpower because it is going to host the FIFA World Cup.

Pakistan has an opportunity to send its workforce to Qatar, which will increase the inflow of remittances.

In addition, the LNG deal has cleared the way for enhanced diplomatic and strategic relations between the two countries. Qatar is likely to facilitate trade and provide a new market for Pakistan.

Now, Pakistan seems to be working on multiple options to extract more benefits by forging better relations with different countries. Pakistan should follow the same policy in case of neighbouring Iran, which offers a lot of opportunities for trade in goods and energy.