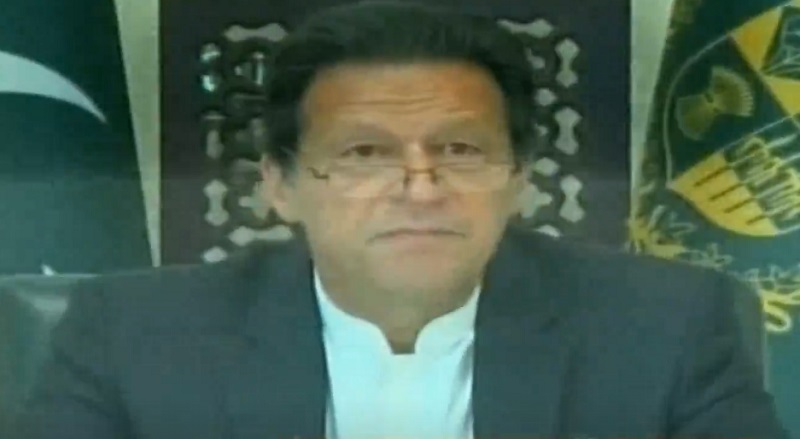 Prime Minister Imran Khan invited the Economic Cooperation Organization's (ECO) member countries on Thursday to tap the enormous economic opportunities available in Pakistan, saying the country can be the centre-point for economic development.

"We have rich resources, enterprising people and human workforce, with a larger potential for future," the premier said while opening the 14th ECO Summit virtually.

The premier opened the summit in Pakistan’s capacity as the Chair of the 13th Summit, held in Islamabad in March 2017. The 14th Summit will be chaired by Turkish President Recep Tayyip Erdogan.

The theme of the current summit is Regional Economic Cooperation in the Aftermath of Covid-19.

While sharing Pakistan’s perspective on Covid-19 challenges, the premier outlined his vision for regional economic development in line with ECO’s founding principles of promotion of trade and connectivity.

The premier presented a six-point agenda for the organisation to take up as a strategy for the future.

First, he said, we need to recover from the losses caused by the pandemic. “We must use all local and internal resources for the purpose,” he added.

Second, the premier said, we must adopt a plan to build a resilient healthcare system to combat outbreaks such as the Covid-19 in the future.

“Third, there is a need to build an integrated network and transport system between the major economies in the east, west, south, and the north,” the premier observed.

He termed the linking of the China-Pakistan Economic Corridor (CPEC) to Afghanistan and beyond as vital.

“Fourth, we must implement all cross-border projects, especially the TAPI and other gas pipeline projects," the PM maintained.

Moreover, PM Imran said that, “The nations must tap into mutual trade potential and increase it 10-fold,”

“This," he added, "can be done by simplifying border procedures and making ECO trade agreements operational.”

Lastly, the PM said that, “We must promote knowledge-based economies and enhance expenditure on research, development, and digitalisation.”

In this regard, he added, the ECO should engage with other regions and organisations.

“Doing so is the biggest injustice to Muslims around the world.” He also asked the global fraternity to take steps to ensure freedom of speech is not used for denigrating the sanctity of Prophet Muhammad (PBUH).

The Organisation of Islamic Cooperation (OIC) and the Muslims countries have called for observing an annual day in this regard, and there is a need to do more, he observed.

For the ECO itself, the premier suggested enhanced collaboration and growth, especially in the industrial sector.

“We need to accelerate the pace of progress by taking advantage of political relationships and geographical locations.”

“Doing so will help generate trade and employment opportunities, and increase mobility,” he added.

Also read: Pakistan to be made into industrial state, agro-based economy: PM Imran

Regarding Afghanistan, PM Imran said that peace in the country is crucial for economic activities in the region.

He hoped that the ongoing talks between the stakeholders will be fruitful in bringing normalcy to the war-stricken country.

Concluding his address, the premier said that Pakistan has its priorities and goals clear for the regional economic uplift.

Pakistan is one of the founding members of ECO, in addition to Iran and Turkey. The organisation was formed in 1985 from the erstwhile Regional Cooperation for Development (RCD). Afghanistan, Azerbaijan, Kazakhstan, Kyrgyz Republic, Tajikistan, Turkmenistan and Uzbekistan later joined as members of ECO.

As a founding member, Pakistan remains strongly committed to ECO which aims at the promotion of effective regional cooperation, with a focus on communications, trade, culture and connectivity.

The summit is the highest platform in the 10-member ECO. Its meetings entail the exchange of views on regional and global issues of interest to the ECO region and a review of the progress in implementation of ECO programmes and projects.

Pakistan has been actively contributing towards the advancement of the goals and objectives of ECO, including regional economic integration.