Textile exports are witnessing an increase and new industries are being set up across the country, says premier 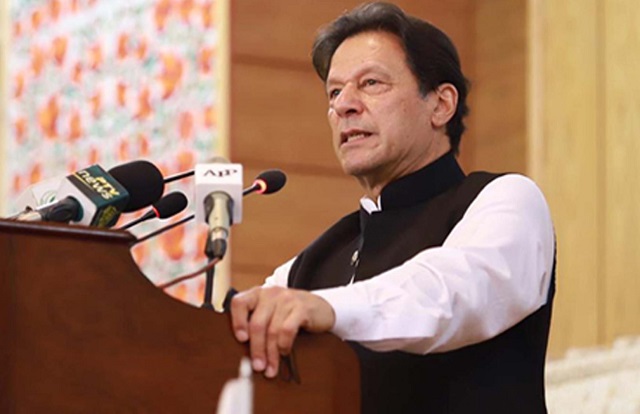 Prime Minister Imran Khan on Friday expressed satisfaction at the current state of the country's economy and said Pakistan maintained a current account surplus during the first six months of the fiscal year.

“Our textile exports are also witnessing an increase and new industries are being set up across the country,” said the premier while giving an example of the economy's condition.

He, however, said the economy was mismanaged by previous governments. The premier was speaking at the foundation stone laying ceremony of the central business district in Lahore.

The premier said the project will serve as a business hub and will help in wealth generation, adding that it has the potential to generate hundreds of billions in revenue.

He further said that in the first phase, the project will generate Rs1,300 billion, through which the government will receive Rs250 billion in taxes.

Imran stressed that wealth generation projects are important to strengthen the economy, enabling loans to be paid back by the government.

The prime minister said Pakistan and Qatar have signed a new liquefied natural gas (LNG) import agreement for ten years and added that it took the government three years to negotiate the agreement, which will help save three hundred million dollars annually.

During the visit, he also held a meeting with Punjab Chief Minister Usman Buzdar; besides chairing other important meetings.