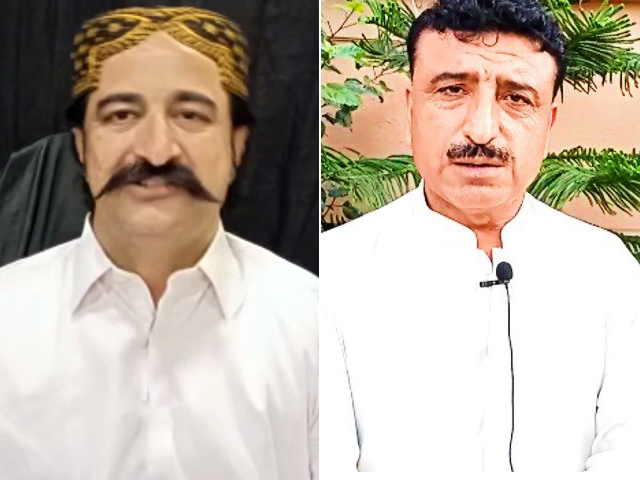 Only two days ahead of Senate elections, two members of the provincial assembly from ruling Pakistan Tehreek-e-Insaf (PTI) have announced that they will not vote for their party's candidates, alleging that "a few candidates were given tickets only in exchange of money".

In a video message obtained by The Express Tribune, Karim Bux Gabol — who was elected from PS-100 Karachi East-II in the 2018 general elections — claimed on Monday that his party has given Senate tickets to candidates in exchange of money, adding that the Constitution of the country allows him to vote for any candidate.

“I am a PTI worker and will remain with party, but can’t vote for its candidates in Senate elections because the party has given the ticket to candidates in exchange of money," he could be heard as saying in the video. He added that he cannot support such candidates who have "purchased" a ticket.

Read more: Cabinet reshuffle after Senate polls on the cards

Criticising his own party for failing to deliver as per the people's expectations, he said that Sindh was being given "step-motherly treatment" by the federal government.

The video message of the PTI MPA has come at a time when the Pakistan Peoples Party (PPP) and Pakistan Muslim League-Nawaz (PML-N) have claimed to be in touch with members of assemblies belonging to the ruling party.

They have claimed that many were ready to vote for them during the Senate elections scheduled to be held on March 3.

Sources in the PPP told The Express Tribune that a few other MPAs belonging to PTI and its coalition partners in Sindh and Punjab are ready to give their votes to candidates of Pakistan Democratic Alliance (PDM) — an 11-party alliance aiming to oust the government of Prime Minister Imran Khan.

“The actual contest is between PDM’s Yousaf Raza Gillani and PTI’s Dr Abdul Hafeez Shaikh on Islamabad seat. We will give surprise to everyone on March 3,” PPP leader Syed Nasir Hussain Shah said in a statement today, adding that many PTI leaders and lawmakers are unhappy with the performance of the federal government, therefore, they are ready to vote for the candidates of the opposition parties.

Meanwhile, the ruling party has termed the move ‘horse-trading’. “PDM parties are busy in the purchase and sale of the assembly members in Sindh and other provinces. We will take legal action against those who are found guilty in floor crossing,” PTI leader in Sindh Assembly Khurrum Sher Zaman said.

He said that his government has approached the apex court to prevent corruption and bribery practices. "We are consulting with leadership and legal team and action will be taken against those lawmakers who change party loyalty," he added.

Speaking about Kareem Bux Gabol, Zaman alleged that PPP has pressured many MPAs of his party by registering cases against them to change the loyalty. “Kareem Bux Gabol is among those who have succumbed to PPP pressure. We know where he is,” he added.

Zaman said that two other MPAs of PTI have also “gone missing” before the Senate election. “We can't trace them. We know very well that the PPP government is involved in it,” he remarked.

‘Who’s going to abduct us and why?’

Soon after Zaman's presser, Shahar Yar Khan Shar — PTI MPA from PS-18 Ghotki-I — denied PTI leader's claims, saying that no one had abducted him and he was present at his residence right now.

"I just heard Khurram Sher Zaman, saying that three of our MPAs have been abducted... Who is going to abduct us? And Why?" he could be heard saying in a video showing black curtains hanging in the background.

Like Gabol, he also announced that he will not vote for PTI's candidates during Senate elections. "No one listened to us... we were not even called to consult over the Senate tickets," he added.

The PTI MPA said that tickets were "distributed behind closed doors at the Governor's House" and MPAs from the province were not taken into confidence. "I am not going to vote for them (PTI's candidates) and that is my right as a Pakistani and Sindhi."

Shar said that hundreds of thousands of people voted for PTI in Sindh but the party has disappointed them. "I have met Prime Minister Imran Khan several times even during the meeting at the Governor's House... the fact is PTI does not have any programme (development plan) for Sindh," he added.