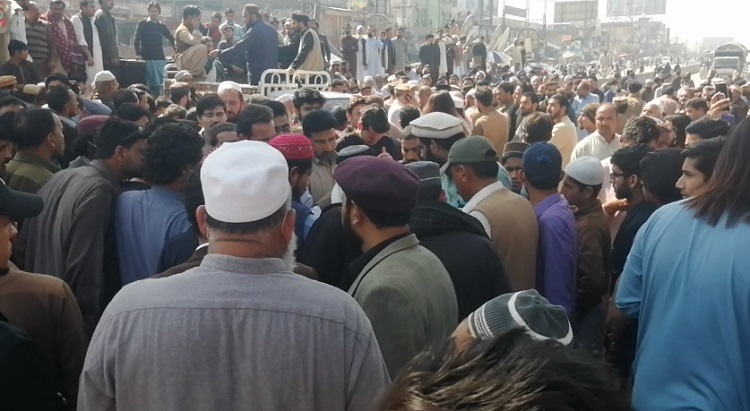 The protesters blocked both the tracks of Murree Road at Athal Chowk in Bara Kahu, causing a massive gridlock. PHOTO: SCREENGRAB
ISLAMABAD:

Workers of the Jamiat Ulema Islam-Fazl (JUI-F) blocked Islamabad's Murree Road on Sunday as they protested with the bodies of the party's slain local leader Mufti Ikram, his son and a student who were shot dead late Saturday night.

The protesters blocked both the tracks of the road at Athal Chowk in Bara Kahu, causing a massive gridlock.

Police were engaged in talks with the protesters demanding immediate arrest of the assailants.

Shafqaat informed the protestors that an FIR of the incident had been registered at the Bara Kahu police station.

SSP Tanweer assured the protestors that the suspects will be in the police's custody soon.

However, the demonstrators were adamant on continuing the protest until the culprits' arrest.

On Saturday night, unidentified assailants shot dead Mufti Ikram-ur-Rehman and two others at the federal capital Prince Road, in the jurisdiction of Bara Kahu police station.

Mufti Ikram was shot at by three armed men on his way back from offering Isha prayers. According to the complainant, he can identify the killers in an identity parade.

According to police, the attackers opened indiscriminate fire resulting in the deaths of Ikram, his 13-year-old son and a student.

Following the incident, SHO Habib-ur-Rehman said the attack appeared to be a targeted killing, adding that it was being investigated from every angle and that the suspects will be caught soon. 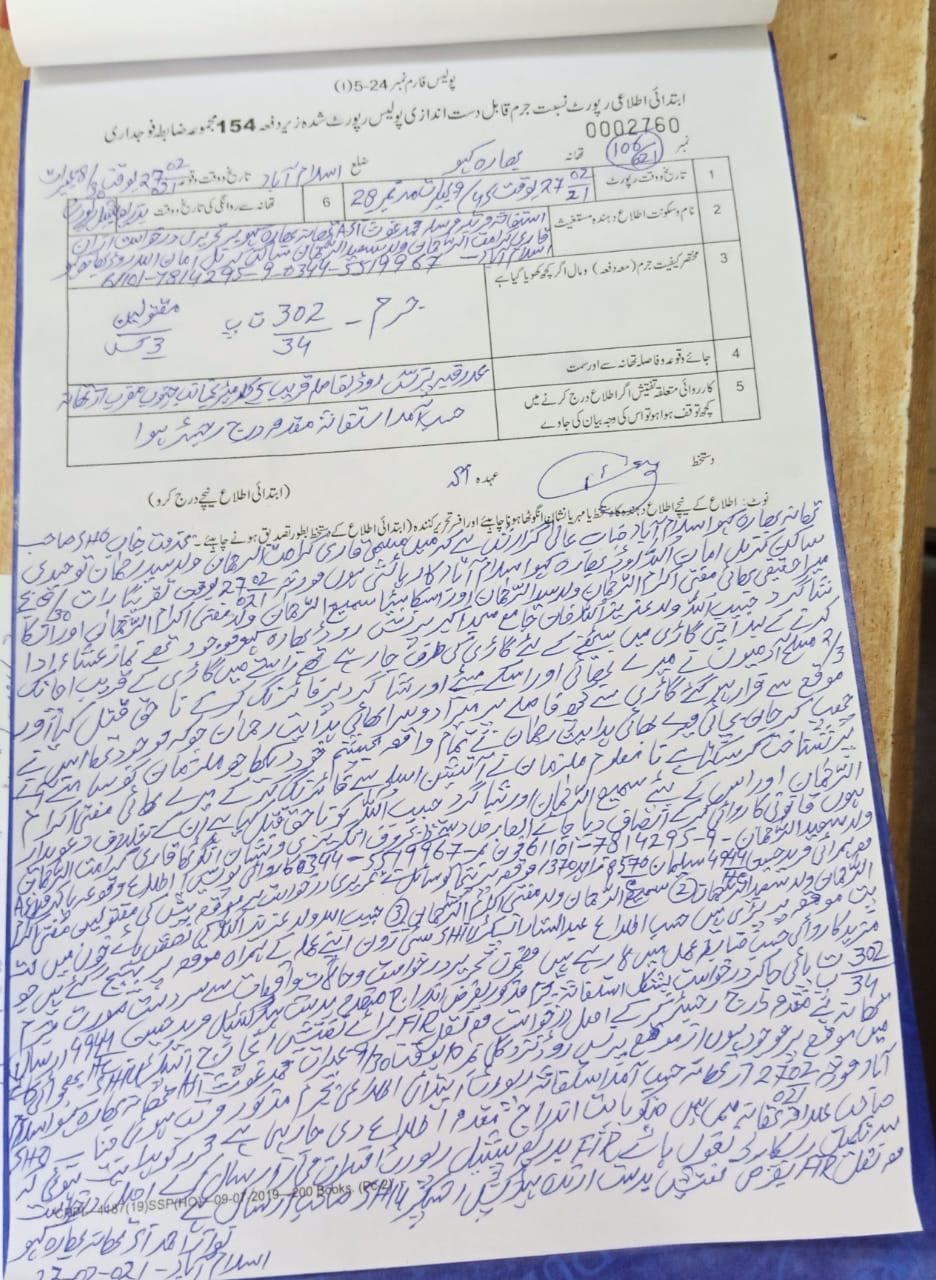 The FIR registered at the Bara Kahu police station against Mufti Ikram's, his son and student's murder. PHOTO: EXPRESS