Angelino soars at title-chasing Leipzig after struggling under Guardiola

Left-back opted to work under Nagelsmann after failing to impress Spanaird, which he says "killed" his confidence 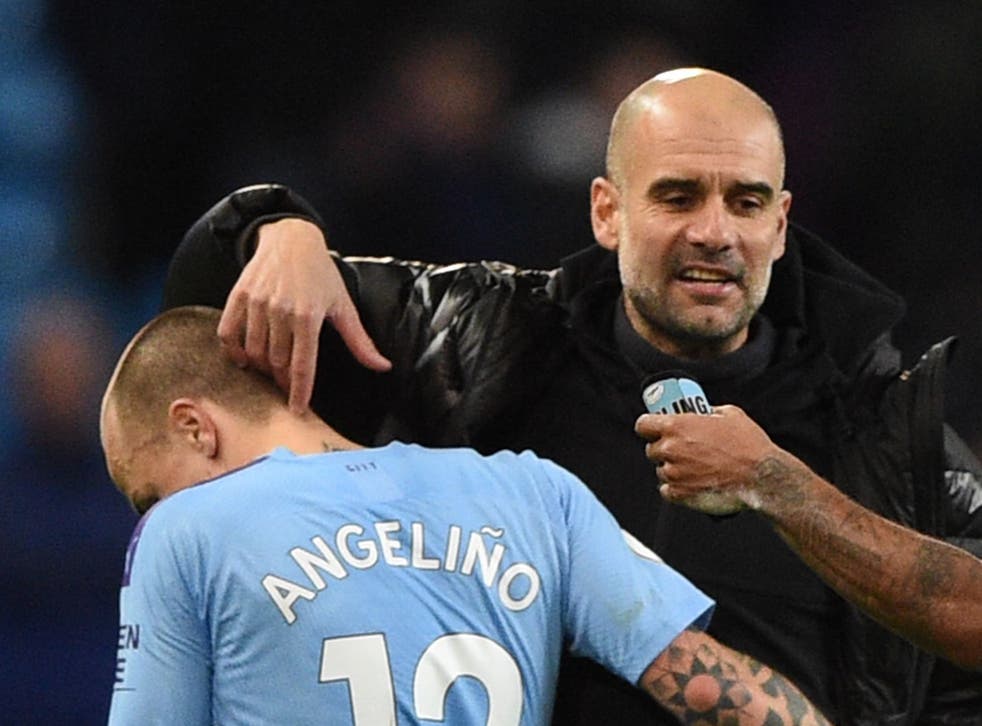 Angelino has rebooted his career in the Bundesliga under Julian Nagelsmann to become RB Leipzig's top-scorer, but he says a lack of trust under Pep Guardiola "killed" his confidence at former club Manchester City.

Second-placed Leipzig host Moenchengladbach on Saturday after clawing their way back into the Bundesliga title race to trail current leaders Bayern Munich by just two points.

After striker Timo Werner left Leipzig to join Chelsea in the summer, the 24-year-old Angelino has taken over as the club's top scorer this season with eight goals and 11 assists from the flanks, either on the wing or at left-back.

"If someone believes in you so much, lets you play every week, you have to pay it back," Angelino told magazine Kicker on working under Leipzig coach Nagelsmann.

"He gave my career a huge boost. Hopefully we will work together for a long time."

Angelino produced a contender for Champions League goal of the season with a net-buster in December's 3-2 home win against Manchester United in the group stages.

He joined Leipzig from Man City in January last year and an initial 18-month loan deal became a permanent transfer a fortnight ago.

He was only 16 when he joined City's youth academy from Deportivo La Coruna, but was sent on numerous loan spells after failing to make the grade.

Angelino opted to work under Nagelsmann after failing to impress Guardiola, which he says "killed" his confidence.

"I was judged... and then I didn't get another chance," says Angelino, who rates his experience under Guardiola at City as "50:50".

"On the one hand, I learned a lot from Pep. On the other hand, I didn't play as much as I wanted."

Leipzig have won their last four league games, but their title credentials will be tested in early April at home to Bayern should they manage to keep the pace until then.

However Nagelsmann is wary of the words "title race", and said on Thursday that Bayern are "simply the best team" in Germany.

"If you want to keep up (with Bayern) for a long time, you simply can't lose any games. It's relatively simply."

At the same stage of last season, Leipzig were just a point behind Bayern.

While Bayern went onto win the league, Leipzig's performances faded and they eventually finish third, 16 points behind the champions.

Bayern swept past Lazio 4-1 in Europe on Tuesday, bouncing back from last week's shock 2-1 defeat at Frankfurt and 3-3 home draw with Bielefeld in the Bundesliga.

On Saturday, Bayern host Cologne, who pulled away from the relegation places in recent weeks.

The Bayern teen is set to celebrate his 18th birthday on Friday by signing a five-year contract with recently-crowned club world champions.

It's been a huge week for the England Under-21 midfielder, who is set to start against Cologne.

He scored his first Champions League goal in Rome on Tuesday after replacing Thomas Mueller in Bayern's starting line-up.

Less than 24 hours later, Stuttgart-born Musiala, who grew up in London, confirmed he will switch allegiances and hopes to play for Germany's senior side.

Joachim Loew reportedly wants to pick the rising Bayern star, who he says has "huge potential", for Germany's World Cup qualifiers next month.

27 - goals Erling Braut Haaland has scored in 25 games this season for Dortmund in all competitions. The tally includes doubles in his last two games. More are expected in Saturday's home game against lowly Bielefeld.

26 - goals Robert Lewandowski, the league's top-scorer, has netted so far this season including 14 in his last 11 Bundesliga games.