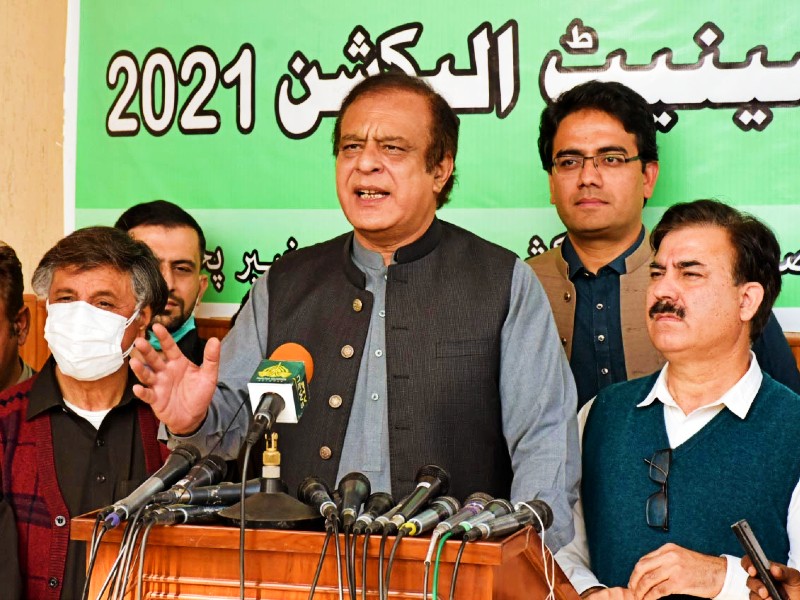 Federal Minister for Information and Broadcasting Shibli Faraz said on Thursday the Pakistan Muslim League-Nawaz (PML-N) had become an expert in the “art of manipulating” the election results during the past many decades.

“History is a witness that PML- N has always won elections on the basis of bullying, rigging and electoral fraud,” he told reporters here outside the Election Commission of Pakistan (ECP) along with PTI leader Usman Dar and NA-75 candidate Ali Asjad Malhi.

He said PML-N leader Maryam Nawaz had rightly said the other day that the Pakistan Tehreek-e-Insaf (PTI) did not know the “art of rigging the elections”. “Whatever the tales of rigging were narrated by the PML-N’s legal counsel before the ECP were in fact related to their own actions.”

The PTI candidates could not be intimidated by such threats and firing as the party was committed to reforming the system, he added.

The minister alleged that the PML-N failed to provide any concrete proofs and evidences of rigging in NA-75 Daska by-elections. “The PML-N leaders consider victory in every election their birth right, and if otherwise, they start crying foul,” he added.

He reminded the media that it was the ruling party that had raised its voice against rigging in the 2013 general election. From the “Chhanga Manga politics to the 2018 elections,” he alleged that the N-league had the record of stealing the mandate of the people through dirty tricks.

Shibli said PM Imran Khan had accepted the challenge of re-polling in 20 polling stations but now they had backtracked and started demanding re-election in the entire constituency. “It is a trademark of all the Pakistan Democratic Movement (PDM) parties to take U-turns and backtrack from their earlier decisions.

They have the habit of ‘pick and choose’ and they even cried hoarse over court decisions if the same were not in their favour,” he added.

He said the prime minister believed in transparent elections and recourse to the Supreme Court for open ballot in Senate polls was its manifestation.

The minister alleged that the opposition parties were planning to purchase votes in the Senate elections from the money plundered by them in the past. “Their [opposition] attitude is hypocritical and they want to damage the democratic system but they would not succeed in their designs,” Shibli said.

To a question, he said the PML-N had said that they had objection on only 20 polling stations and now it wanted re-election in the entire constituency. The PTI would accept the ECP’s verdict in the case, he said, adding on the contrary the opposition parties had the tendency of challenging the decisions against them.

“It is the manifestation of their [opposition parties] hypocrisy that they are claiming that rigging was done in NA-75 but they are opposing an open ballot system in the Senate elections,” he added.

Referring to uproar of PML-N on NA-75 by-polls results, PTI senior leader Usman Dar alleged it had designed a “story board” of rigging to strengthen its anti-state narrative.

He said the “political role” of Maryam Nawaz had been fully exposed as she blamed state institutions for her party’s apparent defeat in the Daska by-polls. She was trying to make the state institutions controversial to get the results of her own choice, he alleged. APP