Polling station staff, polling agents and female voters had to be seated in a single room due to lack of space 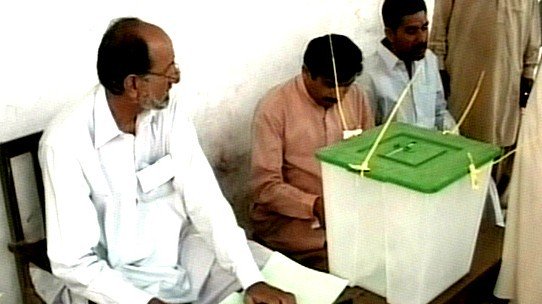 Polling for the Pishin by-election constituency PB-20 was carried out in a disorderly manner due to improper seating arrangements.

The polling station staff, polling agents and female voters had to be seated in a single room due to lack of space. Male staff arrived at the women’s polling station to reorganise the polling procedure that caused a 30 minutes delay due to mismanagement.

However, Deputy Commissioner Qaim Lashari visited the polling station and restored the election process. He also recovered fake identity cards from women. The Shahi Kot Karbala polling station became a battlefield as workers of independent candidates fought amongst themselves.

Aerial firing was also reported near women’s polling station in Karbala area. An angry mob also set fire to a car parked nearby.