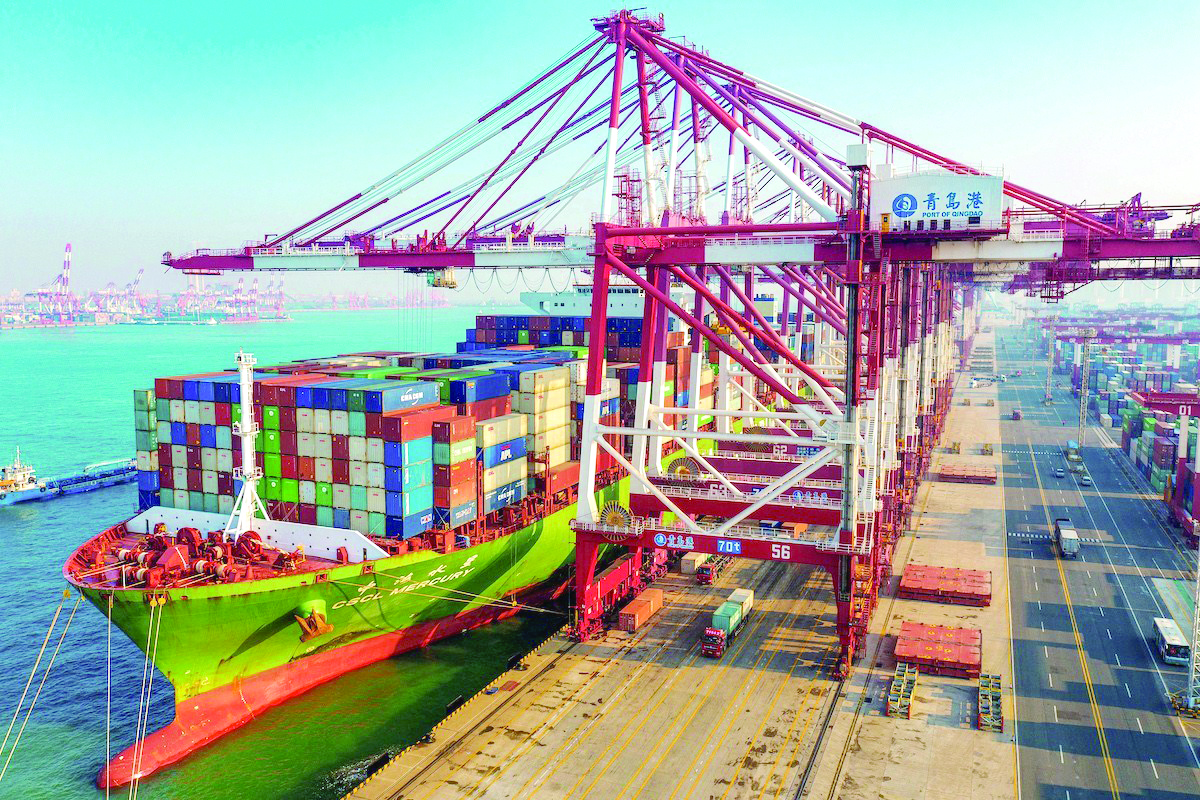 Market Pakistan as geo-economic potential, avoid becoming a proxy in the US-China tussle and contend with the deepening US-India strategic ties are some of the key highlights of a policy paper.

The 35-page research paper was prepared by the TabadLab, an Islamabad based think, in collaboration with the Mahvash and Jahangir Siddiqui Foundation. It has been authored by Syed Muhammad Ali, Muhammad Asad Rafi and Mosharraf Zaidi with input from former diplomats, retired generals and other experts.

The report titled ‘Pak-Americana: Ushering in a new era for Pakistan-US relations’ was launched here on Friday at a ceremony attended by Foreign Minister Shah Mahmood Qureshi. The research paper, the think tank said could serve as a guideline for policymakers in the country.

The key highlight of the paper is to transform Pakistan’s ties with the US into geo-economic cooperation. “A relationship built on the foundations of economic cooperation and integration can serve as a much more robust and sustainable basis for bilateral engagement,” reads the paper.

It highlights that how the US used international financial institutions and aid both as “carrot and stick” to pursue its strategic interests in Pakistan.

“The US must avoid exerting political pressure on such entities to achieve its own strategic goals, as this in turn will continue to erode Pakistan’s trust in the global multilateral system and compel it to rely more on Chinese financial support,” it also reads.

Instead of using financial incentives as the means to secure strategic ends, it reads the US could instead begin viewing trade, investment, and economic cooperation as the underlying basis for developing a durable bilateral relationship with Pakistan. It was in the US interest to enable Pakistan to become economically viable.

According to the paper, forging a closer economic relationship between the two countries holds not only the promise of benefiting Pakistan but also enabling the US to advance its interests in South and Central Asia.

“By the same token, a major shift is also long overdue within Pakistan. Pakistan must begin prioritising and marketing its economic potential instead of banking (and occasionally capitalising) on its geostrategic location,” recommends the paper.

It reads that Pakistan could leverage its geostrategic position to pursue economic goals, rather than relying on international aid in lieu of furthering the geostrategic agendas of powerful countries, like the US. Even now, it reads as India’s image as the largest ‘democracy’ in the world has begun to tarnish and its political actions have strained its relations with its neighbours, it continues forging economic links with China, with other South Asian and East Asian countries, with Oceania and beyond. “New Delhi is well positioned to expand its economic linkages due to sheer size of its market and its economy. Yet, Pakistan too has untapped potential of diversifying its economy and becoming more integrated with the global economy—something that the incumbent government plans to explore through its recent initiatives with regards to economic diplomacy.”

In developing its geo-economics portfolio, Pakistan’s economic relationship with the US would prove instrumental, especially if such a relationship is based on an independent track of private sector-led economic cooperation. “There is an immense potential to enhance Pakistani exports to the US,” it reads, adding that despite its growing economic ties with China, the US remained Pakistan’s largest export market. “Don’t become proxy in US-China tussle.”

It further stressed the need for developing a calibrated balance in its bilateral relationships with the US and China. “Indeed, the relationship Pakistan has with China and the US are quite different in nature,” notes the paper.

“Balancing this relationship does not imply equal depth and breadth with both. But it does demand that Pakistan not allow itself to become embroiled in the issues between China and the US, especially those on which they have deep disagreements.”

It also reads that rather than being coerced into choosing either Beijing or Washington, Pakistan needed to set itself up as a mediator to allow the two great powers to pursue their shared interests.

Moreover, Pakistan further needs to enhance its capability to balance diplomatic ties. The country has in the past played the part of a bridge state for the two powers during the Nixon era. However, the nature of the strategic competition between the US and China “is now quite different, and Pakistan cannot assume that it would be able to achieve any sort of détente.” Pakistan can however avoid becoming a proxy arena for China-US competition and instead offer them unique avenues for engaging in mutually beneficial cooperation, it suggests, adding: “This requires Islamabad to have a clear and long-term vision for its own growth and development, and then to assure that the relationship with both countries helps Pakistan to achieve these goals.”

The paper recommends investing in diplomatic, economic and political capital to build Pakistan’s stature as one of the most capable and natural bridges between China and the West and avoid any classification that links Pakistan to either China or the US exclusively.

“Avoid blanked endorsement of all Chinese foreign or domestic policies, especially when doing so might undermine the principled positions that Pakistan may take on other issues, particularly its leadership at the UN in countering regional discrimination especially against Muslims.

The paper stresses that the China-Pakistan Economic Corridor must be used as an opportunity to enhance civilian capacity to build economic hardware and software. “Ensure that all aspects of CPEC are open and transparent in line with international investment norms and supportive of the wider geoeconomic posture that the country wants to transition to,” says the paper.

Another key policy recommendation put forward by the paper includes contending with the deepening strategic ties between the US and India. The paper admits that the growing depth of ties between Washington and New Delhi “is a clear and direct threat” to Pakistan’s core national interest.

The principle driver of US efforts, according to the paper, is to forge closer ties with India may be American fears about China and its global ambitions. But to reduce the India-US relationship to an anti-China alliance or viewing it as a sign of Pakistan’s diminishing relevance in the region would be counter-productive. “Pakistan should not, in principle, object to the growing strategic convergence between India and the United States,” says the paper. But it must persuade the US of not allowing its newfound convergences with New Delhi to compromise Pakistan’s national security.

“Efforts to highlight India’s occupation of Kashmir as a human rights issues as well as the source of conflict between Pakistan and India must continue to be a key diplomatic goal for Islamabad.”

The paper highlights Afghanistan as one of the key factors that require close cooperation between Pakistan and the US. It reads that Pakistan was neither vying for an outright Taliban victory nor is it Pakistan’s interest that the Taliban be completely marginalised as both extreme outcomes would sustain rather than end violent insurgency.

“To achieve sustainable peace in Afghanistan, it is essential that the US remains involved in peace building efforts and redoubles efforts to improve governance and economic development in Afghanistan.”

The paper also talks of India’s role in Afghanistan and asks the US to ensure that India’s infrastructure in Afghanistan is not leveraged to threaten or undermine Pakistani security and stability.