Why America's Indo-Pacific Framework is a threat to Pakistan 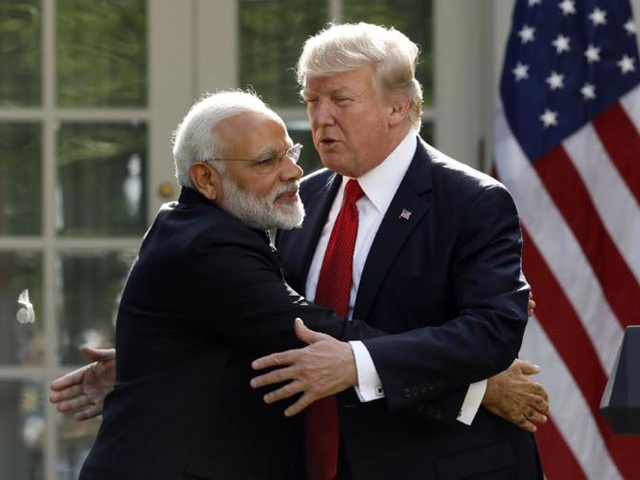 The key feature of the Indo-Pacific strategy is to build the economic, defence and military muscle of India so that the South Asian country could effectively act as a counterbalance to China. PHOTO: REUTERS/FILE
ISLAMABAD:

On January 12, the office of the US National Security Adviser declassified the Indo-Pacific Framework in a surprise development, which according to observers was unprecedented given the fact that the document reveals how Washington wants to stop the rise of China as the next global power.

The 10-page document envisages a road map to undermine China’s march to become the number 1 economy of the world by 2030. In Pakistan there has been no or little debate about the declassified document, although analysts believe that Indo-Pacific strategy is not just a security threat to China but also Pakistan.

The key feature of the Indo-Pacific strategy is to build the economic, defence and military muscle of India so that the South Asian country could effectively act as a counterbalance to China.

“A strong India, in cooperation with like-minded countries, would act as a counter balance to China,” read the 10-page document, which was approved in February 2018 by the Trump Administration.

What is significant from Pakistan’s perspective is that the US considers India as “preeminent” power in South Asia and wants to see India taking a lead role in maintaining Indian Ocean security.

To help India achieve that objective, the US, through Indo-Pacific Framework, is seeking to accelerate “India’s rise and capacity to serve as a net provider of security and Major Defence Partner, solidify an enduring strategic partnership with India underpinned by a strong Indian military able to effectively collaborate with the United States and our partners in the region to address shared interests”.

For this purpose, the framework focuses on building a strong foundation for defence cooperation and interoperability, expanding defence trade and ability to transfer defence technology to enhance India’s status as a “Major Defence Partner.”

The US also wants to back Indian bid to become the member of the Nuclear Suppliers Group (NSG).

“Offer support to India through diplomatic, military and intelligence channels to help address continental challenges such as the border dispute with China and access to water including the Brahmaputra and other rivers facing diversion by China,” the framework further says.

Not just that the US through the Indo-Pacific Framework also talks about challenging the “Belt and Road Initiative” by developing a “robust public diplomacy capability, which can compete with China’s information campaigns, puncture the narrative that Chinese regional domination is inevitable.”

It was because of these reasons, as analysts point out, the US officials often spoke against the China Pakistan Economic Corridor (CPEC), a flagship program of the BRI. Defence and strategic affairs experts consider the Indo-Pacific Framework as a clear threat to Pakistan’s security.

Senator Mushahid Hussain Sayed, who heads the Senate Foreign Relations Committee, told The Express Tribune that there was no ambiguity that the US strategy for the region was a threat to Pakistan’s security. He said that the purpose of declassifying such a sensitive document by the Trump administration was to ensure that the incoming Biden government sticks to the Indo-Pacific policy.

However, Sayed thinks that given the internal political turmoil and his desire to restore the lost global leadership role of the US, new US President Biden may not be in a position to implement the Indo-Pacific strategy.

Meanwhile, officials in Pakistan are increasingly worried that deepening defence and military ties between the US and India have far-reaching implications for the country. “The conventional balance will certainly be disturbed between Pakistan and India,” cautioned an official, while referring to the US intention to build India’s defence and other capacity against China.

Pakistan, official sources said, has been taking up the issue with the US authorities. But observers believe that given the US strategic interests, it is unlikely to accommodate Pakistan’s concerns any more.

There was a time when the US tried to maintain balance in its ties with Pakistan and India. Washington had been receptive to Pakistan’s strategic concerns. But with the rise of China, the US has clearly taken a decision to ignore those concerns and hence wants to see India as a strong military and economic power to counter China.