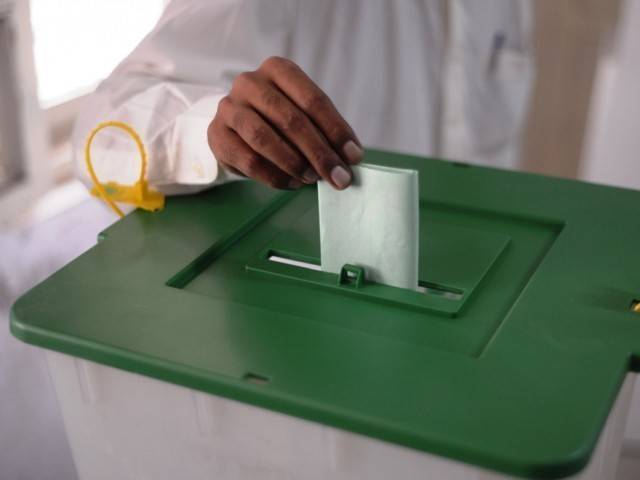 The Khyber-Pakhtunkhwa government has expressed reservations over the Election Commission of Pakistan’s (ECP) proposed schedule to hold local government elections in the province.

"The ECP must not single out the province of Khyber-Pakhtunkhwa and must not punish the province for its advance level of readiness and shall hold these elections concurrently in all the provinces," says a report submitted by K-P Advocate General Shumail Butt in the Supreme Court.

“The election dates should be set on the basis of a consistent criterion,” it adds.

The K-P government informed the Supreme Court that the ECP, while submitting a proposed schedule, did not consider the submissions made by the provincial government and its representative made during the meeting and rather stiffer timelines have now been proposed then the ones shown during the February 1 meeting.

The K-P government, however, stated that the matter was placed before the cabinet in a special meeting on February 2. After holding deliberations, the cabinet agreed to hold the election in August.

Even the province accordingly intimated this proposal in writing to the ECP. The report says that the LG elections in K-P must precede by all the requirements so stipulated in the constitution and law including but not limited to the mandate of Section 17(2) of the Election Act, 2017.

"While setting a proposed schedule and date of poll, the genuine request and desire of the Province must receive due regard by the ECP", K-P report further stated

It is also informed the SC that in event of election, ECP must take into account the pending wave of Covid pandemic and the risks that are attached in conducting the election during the ongoing wave.

The report further stated that the ECP must also respect that the province would like them to hold the local government election “un-staggered” in view of the peculiarities of the province and the ground realities, where elections of one phase would definitely impact the second phase.

"The ECP must also acknowledge the factum of Ramadan, close of the financial year, summer, hajj/Eidul Azha and Muharram that have a significant bearing on any election and its preceding campaign"

The K-P government report states that the ECP must recognise that choosing a local government system well suited to its needs is the prerogative of the province as provided in Article 140A of the Constitution and, thus, the ECP cannot bind or stop a provincial legislature from bringing suitable changes into its local government system through legislative amendments.

The K-P government, through the report, reiterated that although the province is committed and undeterred to hold the local government elections on the dates proposed by the provincial cabinet, it must be treated on the same set of rules and laws, as mandated by Article 4 and 25 of the Constitution.