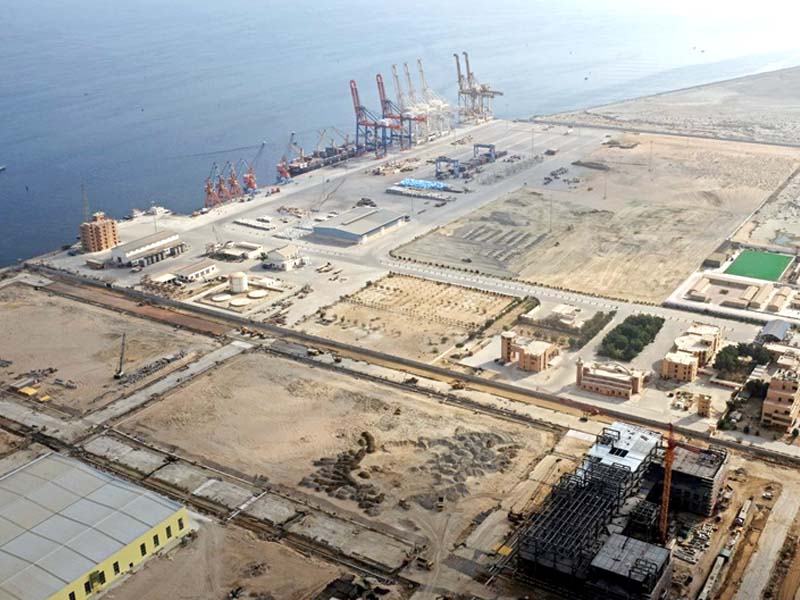 So far, 17 projects worth $13 billion have been completed while another 21 projects having estimated cost of $12 billion are under implementation. PHOTO: FILE
ISLAMABAD:

Foreign Minister Shah Mehmood Qureshi has termed the slow progress on China-Pakistan Economic Corridor (CPEC) against “national interest”, as the federal and provincial bureaucracy again fails to meet expectations of the political leadership.

Headed by Minister for Planning, Development and Special Initiatives Asad Umar, a meeting of the Cabinet Committee on CPEC (CCoCPEC) ended on Wednesday within minutes due to lack of progress on issues identified in last week’s meeting on CPEC, a senior government official told The Express Tribune.

This time four summaries were tabled for consideration of the CPEC body, which were primarily related to the progress on projects being executed in Gwadar.

“Three summaries were presented but the Ministry of Interior and Ministry of Defence sought more time to address the outstanding issues,” said Umar while talking to The Express Tribune. He added that the Power Division would bring more summaries next week.

The maritime affairs ministry had presented three summaries related to the vacation of land needed to build the Gwadar free zone phase-II and for the construction of Eastbay Expressway project. The land is being occupied by the Pakistan Coast Guard and Pakistan Navy.

However, the officials said that the ministries were again directed to resubmit their summaries after completing due consultation.

Last week, Umar had directed the ministries to remove irritants in the way of fast-paced execution of projects and gave them a stern warning that if the task was not completed within a week they would face the music.

Even the warning could not convince the bureaucracy to show progress. CPEC Authority Chairman Asim Bajwa also flew to Quetta this week to seek the help of provincial government to remove obstacles in the way of execution of CPEC projects.

The only progress between the current and last week was that Pakistan had shared a revised term sheet of Mainline-I project of Pakistan Railways with China for securing a $6 billion loan. The Power Division was the other government department that did make efforts to show some progress.

Last week, the CCoCPEC chairman set new deadlines for the bureaucracy to resolve matters that were lingering for quite some time and carried implications for the $53 billion planned portfolio.

The official record of the last meeting showed some serious observations made by Foreign Minister Shah Mehmood Qureshi. Qureshi did not attend Wednesday’s meeting.

The minister for foreign affairs “stressed that proceedings on various fronts of the programme should be made on a fast-track basis as slow pace in this respect shall demonstrate lack of resolve to implement CPEC and that would not be in national interest of Pakistan”.

“Noticing slow progress on different CPEC projects, the chair (Asad Umar) was of the view that the forum of Cabinet Committee on CPEC was underutilised,” according to the documents.

The portfolio of CPEC projects has grown to $53 billion, comprising completed, ongoing and under-consideration schemes. But the share of projects that are in the pipeline is more than half at $28 billion, the cabinet committee was informed.

So far, 17 projects worth $13 billion have been completed while another 21 projects having an estimated cost of $12 billion are under implementation.

Last week, the cabinet committee was told that there was a need to expand the Gwadar Port. The CPEC Authority took up the issue with the Ministry of Maritime Affairs and the Ministry of Commerce. Both the ministries did not respond to the authority, according to the officials.

The issue of interim payment certificate to contractors of the Multan-Sukkur motorway remains pending. Sources said that the CPEC Authority took up the matter but the Ministry of Communication did not submit a reply, said the officials.

For the construction of Eastbay Expressway, the approval of design and right of way at some points was pending. Sources said that the CPEC Authority took up the issue with the Ministry of Maritime Affairs and National Highway Authority (NHA). But it did not receive a reply, they added.

A few years ago, Pakistan and China had decided to realign the Thakot-Raikot section of KKH. In light of the last cabinet committee meeting discussions, the CPEC Authority took up the issue with the NHA but it did not get a reply.

Similarly, the government of Sindh also did not address the issue affecting the execution of 1,320MW Thar block-I coal power project.

Sources said that there was a need for Pakistan to review the plan to add more power projects due to an already huge idle capacity that was leading to Rs850 billion in annual capacity payments.

The Power Division did respond to the queries of CPEC Authority and it also got one issue related to the Gwadar power project fixed last week.

There was also delay on China’s part over the issue of execution of social sector projects in Balochistan, said the officials.