A white, circular object can be seen in footage as cabin crew speculates about phenomenon 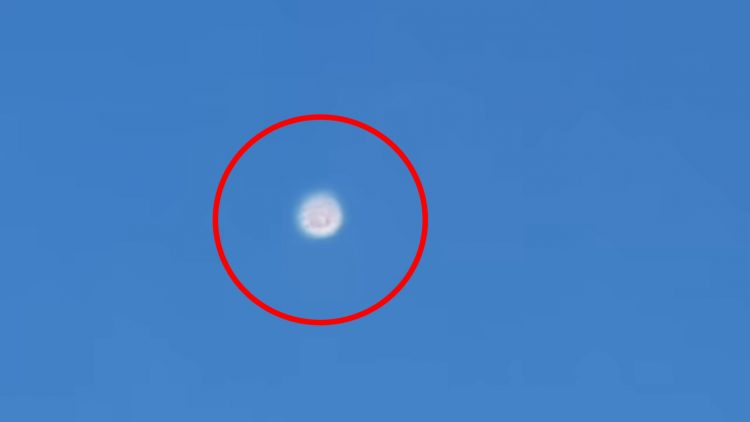 A short video shot by the cockpit crew of a PIA aircraft set off frenzied speculation on social media on Wednesday. The 41-second-long clip shows a strange-looking phenomenon from a window of the PIA flight PK304 in Punjab skies.

The video was shot over Multan-Sialkot region by Captain Faisal Qureshi and his First Officer Captain Talha while piloting the Karachi-Lahore flight at an altitude of 35,000 feet. The pilot posted the video to social media which immediately went viral.

The pilots reported seeing a “foo fighter” – a term used by fighter pilots during World War II to explain the unidentified or mysterious objects seen in the sky during operations.

A brilliant white circular object can be seen in the video as the cabin crew speculates about the phenomenon with one saying it could not be a weather balloon.
According to Captain Qureshi, the object was surrounded with a metal ring and released brilliant light from its centre. The object, as seen in the video, has very little or no movement at all, hence it cannot be stated for sure whether it was moving or just hovering.

PIA spokesman Abdullah Khan confirmed the UFO sighting by the cockpit crew of flight PK304 on Saturday, January 23. “It was necessary to inform the public and the media about the phenomenon,” he said in a video message, but refused to comment on the nature of the mysterious object.

As the UFO sighting started trending on social media, netizens came up with different explanations. While people who want to believe in aliens were trilled, sceptics said it might have been a weather balloon.

Pakistan Meteorological Department spokesman Khalid Malik said they had two types of weather balloons. One is capable of flying at an altitude of 6,000 to 7,000 feet, while the other, called Radiosondes, could fly at high altitudes – up to 70,000 feet.

A Radiosonde is a battery-powered telemetry instrument carried into the atmosphere usually by a weather balloon that measures various atmospheric parameters and transmits them by radio to a ground receiver. Sources, however, said the Met Department has lately stopped using Radiosondes.
Jawad Memon, who operates the private weather station Doppler Karachi.pk, also ruled out that the mysterious object filmed by the cockpit crew could be a weather balloon. “The Meteorological department has stopped using Radiosondes,” he told The Express Tribune.
Also, he added that Radiosondes are made up of rubber, but the object in the video clip shone brilliantly which means it is either aluminum, or some other metal, or glass.

It is not the first sighting of UFOs in Pakistan. A similar incident was also reported in January 2019 by PIA pilots in Karachi. A UFO was spotted by the flight crew flying 105 feet above the aircraft, while the plane was flying at an altitude of 2,500feet. The flight captain suspected it could be a drone. The incident was immediately reported to the Air Traffic Control (ATC) in Karachi.

According to Scott C. Wang, a blogger who posts about UFO sightings, the recorded video by PIA pilots of the unidentified object is the most focused and accurate image of a “foo fighter” in UFO’s research history. Aliens follow human movements and activities by following their planes, claimed Scott. 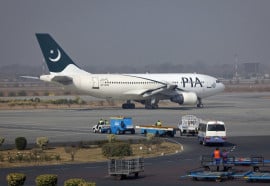