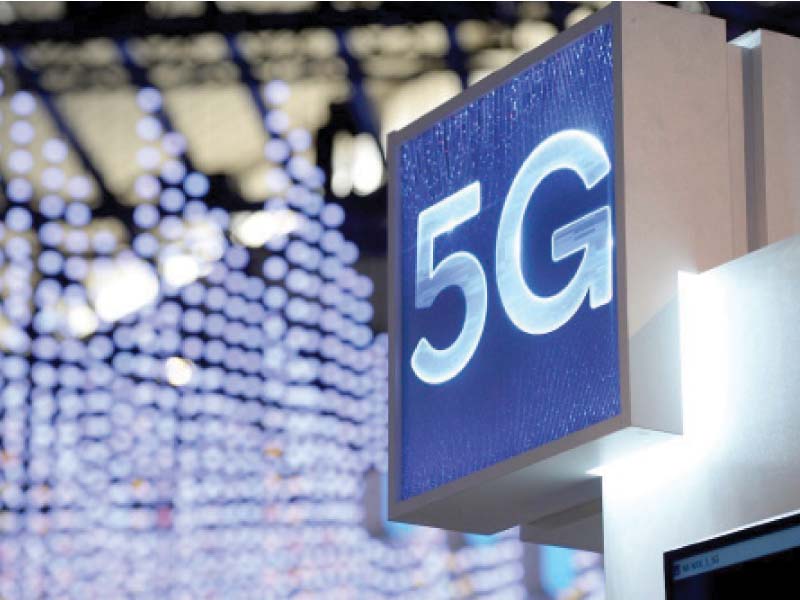 With the expansion of 3G and 4G services, an increase of 77% was seen in data usage for FY20. PHOTO: FILE

Pakistan has kick-started its journey to make the most advanced 5G internet commercially available to consumers in 2022-23, which would accelerate the download speed 10 times to one gigabit per second (Gbps) and widen economic activities significantly in the country.

The government of Pakistan is developing a comprehensive roadmap for 5G technology readiness in the country. It is aimed at auctioning “spectrum for…5G services in fiscal year 2023,” the Pakistan Telecommunication Authority (PTA) said in its annual report 2020.

The Covid-19 pandemic proved a blessing in disguise as the digital economy widened multi-fold during these testing times in Pakistan. The crisis has prompted regulators and stakeholders to improve digital infrastructure.

Earlier, mobile phone service providing firms successfully conducted a test trial of 5G services under limited environment and on non-commercial basis in 2019 and 2020. Pakistan stands the first country in South Asia to test 5G “with a recorded download speed of more than one Gbps.”

The tested speeds stands 10 times high compared to 100 megabits per second (Mbps) on 4G internet in the world, it was learnt.

Federal Minister for IT and Telecommunication Aminul Haque said the government has planned to launch 5G technology by December 2022 but experts in different fields are still sceptical, believing the country will take a much longer time (5-7 years) to roll out the next-generation technology.

Haque made a test video call through 5G to China and said it was a wonderful experience. The voice was loud and clear, and the video quality was also wonderful, according to an international media outlet.

The modern technology would make great economic progress when it comes to Pakistan, Haque added.

GSM Association estimates the economic contribution of the mobile industry in Pakistan will reach $24 billion, contributing 6.6% to total gross domestic product (GDP) by 2023.

The telecommunication authority said it, along with the government, would publish a Spectrum Master Plan and a Spectrum Rolling Strategy to enable operators to plan their investments in a more efficient manner. Together, they will need to create an environment that encourages creativity and innovation so that large and small businesses can explore the possibilities created by 5G.

In Pakistan, 98% of the households own a mobile phone whereas penetration of mobile services reached 81.1% at the end of October 2020, with 172.3 million mobile subscriptions. Broadband subscriptions showed impressive growth trends of 17% during FY20, crossing the 90.1 million mark in October 2020, whereas 4G subscriptions registered an exponential 60% growth in FY20. Resultantly, total broadband penetration in Pakistan reached 42.4% by the end of October 2020. With the expansion of 3G and 4G services, an increase of 77% was seen in data usage for FY20.

PTA has geared up to hire international consultants for market valuation and auction of spectrum in 1,800 MHz and 2,100 MHz in Pakistan including AJK and G-B. “The availability of additional spectrum in 1,800 MHz will also enable operators to expand their existing 4G operations and transition to advance technologies.”

It is aimed at auctioning “the spectrum for the proliferation of LTE and VoLTE Services in FY21 and 5G services in FY23. Furthermore, it has also planned for re-farming of spectrum allocated to WLL operators, which will also make additional spectrum available for 5G services.”

It was learnt that the government has estimated to raise Rs27 billion through the auction of the spectrum in FY21.

Earlier, the authority had directed mobile phone service providing firms to refund Rs9.2 billion to consumers following the Supreme Court debarred the firms from the imposition of service and maintenance charges in 2019. However, they have so far refunded only Rs6.9 billion.