Govt jacks up POL prices for second time in a month 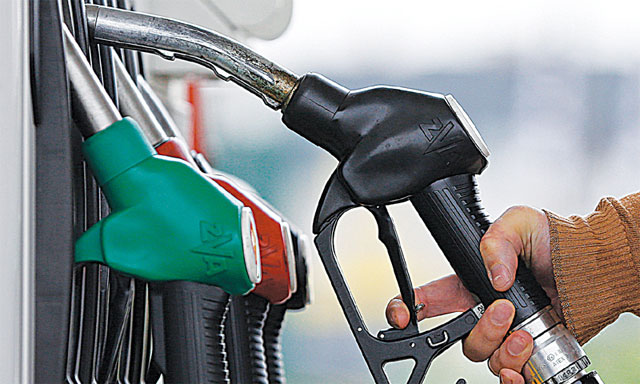 Following approval from Prime Minister Imran Khan, the government on Friday increased the price of petrol by Rs3.20 effective from January 16, 2021.

The Finance Division announced a hike of Rs3.20 per litre in the price of petrol and an increase of Rs2.95 per litre for highspeed diesel.

Meanwhile, the price of kerosene oil went up by Rs3 per litre and light diesel oil became costlier by Rs4.42 per litre.

Despite the increase, the government claimed that it did not pass on the full impact of global oil prices and the exchange rate to the general public as recommended by the Oil and Gas Regulatory Authority (Ogra).

The regulator had worked out a massive increase in prices of petroleum products, which was based on the standard 17% general sales tax (GST) and applicable petroleum levy of Rs30 per litre with effect from January 16.

Following the hike in prices, the new rate for petrol now stands at Rs109.20 per litre while the price for high-speed diesel is Rs113.19 per litre with effect from January 16.

Prices of kerosene oil and light diesel oil were raised by Rs3 and Rs4.42 respectively to Rs76.65 per litre and Rs76.23 per litre for the second half of January.

The regulator had proposed a hefty Rs13.07-per litre increase in the petrol price.

Another Rs11.03-perlitre increase was proposed for the price of high-speed diesel. Ogra had proposed increase of Rs10.55 per litre and Rs15.33 per litre for kerosene oil and light diesel oil respectively.

Petrol is widely used in motorbikes and cars whereas high-speed diesel is used in transport and agriculture sectors. Therefore, the increase in their prices would have an inflationary impact on the masses as they are widely used. On the other hand, kerosene is used in remote areas like northern parts of the country for cooking purposes where liquefied petroleum gas (LPG) or Sui gas is not available.

Meanwhile, light diesel oil is used in industries. Consumers are paying two types of taxes, which include petroleum levy and general sales tax that play an important role in the increase in oil prices.

Earlier, the sale of petroleum products grew in double digits in December 2020 following consistent revival of economic activities as major contribution came from the spike in demand for furnace oil to produce electricity during the ongoing gas crisis.

Sales of motor spirit (MS/ petrol) went up by 5% to 0.67 million tons while high-speed diesel sales grew 13% to 0.62 million tons during December 2020 compared to the same month of previous year.