Thousands of Hazaras are staging a protest, arranging the coffins across a highway in Quetta. PHOTO: REUTERS
QUETTA:

Members of the Hazara community who have blockaded a highway in Quetta with the bodies of slain coal miners said on Tuesday they will not withdraw until Prime Minister Imran Khan meets them and the killers are brought to justice.

Islamic State militants slit the throats of 11 miners in a residential compound near a mine site in Balochistan on Sunday, filming the entire incident and later posting it online.

Thousands of Hazaras have since staged a protest, arranging the coffins across a highway in the provincial capital. 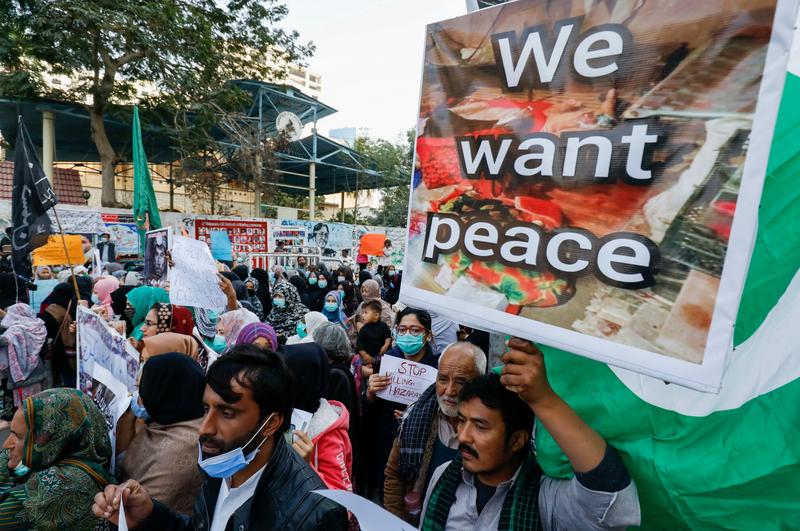 “We have become tired of picking up the bodies of our people,” Syed Agha Raza, a Hazara political leader, told Reuters.

Masooma Yaqoob Ali said her elder brother along with four other relatives was among those killed.

“Now we have no male member [of our family] to take coffins of our brother and other relatives to the graveyard for burial,” she said, shedding tears as she spoke. 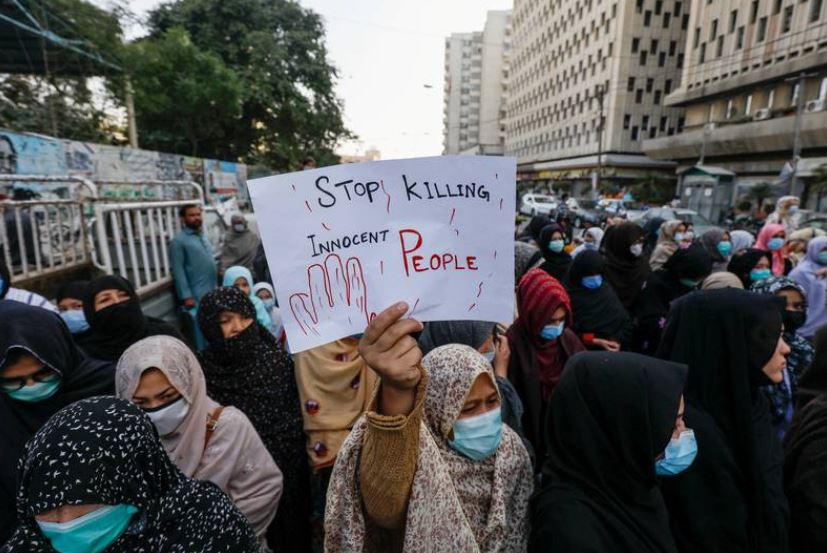 The protesters are refusing to bury the victims of the attack until demands, which include the resignation of the provincial government, are met. Protests also occurred on Tuesday in Karachi.

Rashid met a delegation of the Majlis-e-Wahdatul Muslimeen (MWM), who are leading the sit-in, in Quetta. However, the protesters refused to end their sit-in until Prime Minister Imran visited them.

Rashid dashed to Quetta on Monday evening. Earlier, he held telephonic conversation with the MWM leader Allama Raja Nasir Abbas Jafri and offered his condolences over the killing of Hazara community members.

Talking to reporters after the meeting with protest leaders, Rashid said that he had asked the MWM to form a five-to-seven-member committee to meet with the prime minister in Islamabad. “I will arrange the meeting within two-three days,” he said.

The minister said that that he would convey the demands of the Hazara community to the prime minister. He announced payment of Rs2.5 million compensation – Rs1.5 million of which would be paid by the Balochistan government – to the heirs of each victim. 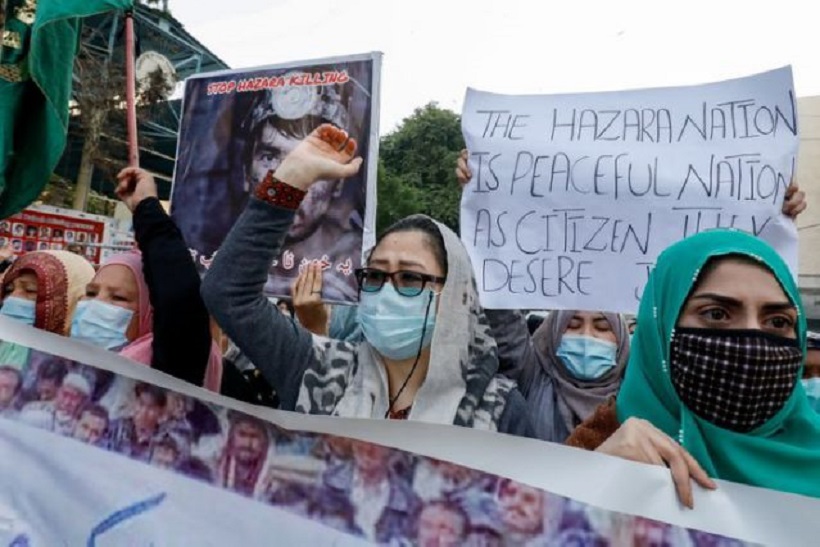 Balochistan Home Secretary Hafiz Basid told Reuters at least nine of the victims were from neighbouring Afghanistan, and two bodies had thus far been taken there for burial. Afghanistan’s Foreign Office said in a statement that seven of the dead were Afghan, and both sides were investigating the incident together.

Some Afghan Hazaras come to Pakistan for work in the winter, including at the coal mine in Balochistan.

Hundreds of Hazara have been killed over the last decade in attacks in Pakistan, including bombings in schools and crowded markets and brazen ambushes of buses along roads.