Pakistan have lost the three-match T20I series against New Zealand after being beaten by nine wickets in the second match at Hamilton and now they only some pride remaining to salvage from the series.

If Pakistan had taken the lessons from the first T20I, they would have found a way to tame the Kiwis in the second match , but if some mistakes were rectified a few other new ones were made by the visitors.

Here are the three mistakes that cost Pakistan the series when they lost the second T20I against New Zealand.

1. Didn’t sort out the opening

While Pakistan stuck with Muhammad Rizwan at the opening spot, the best idea that they could come up to get rid of the opening woes is that they promoted Haider Ali from one-down position, while Abdullah Shafique, first T20I’s opener, was pushed down to the third spot.

Rizwan improved his score of 17 in first match to 22 in the second, but the strike rate at which he did it was once against worrisome.

Meanwhile, Haider, the most promising youngster once against faltered when asked to deliver on the big stage, Shafique went back to the pavilion with a second duck to his name in as many matches.

If it wasn’t for the heroics of Muhammad Hafeez, Pakistan would have once again seen themselves short of anything which the bowlers could defend due to the failure of the top order.

If you have to beat New Zealand on a pitch where the outfield is lightening quick and the Kiwis are more than fine to bat on it, you need to score somewhere near the 200-mark to trouble them.

Pakistan batting failed to reach near the 200 mark once again which made it easy for the hosts to chase a 164-run target.

If Pakistan would have planned better after the first T20I, they could’ve opted to field first after winning the toss once again to see if they could turn the tables on the Kiwis. However, they opted for a safer approach and trusted their bowlers to defend rather than trust their batting to chase a target.

When you are playing a world-class side like New Zealand and that too at their home, conventional tactics seldom work and a few out-of-the-box ideas go a long way in helping beat the opposition. Pakistan played safe, so they lost with dignity, but a courageous move of chasing might have given them a chance at victory.

3. Didn’t take Amir with them

The whole Muhammad Amir-PCB fiasco is a story for the ages, but Pakistan would now be missing the left-arm pacer and the experience he brings to the bowling department.

Even with Shaheen Shah firing on all cylinders, Haris Rauf in the form of his life and Faheem Ashraf making a solid comeback in bowling, Pakistan were unable to bag more than one wicket in the second T20I. The Men in Green lacked a bowler like the experienced Tim Southee, who flustered Pakistan with not pace, but calculated and smart bowling.

Amir could’ve played that role for Pakistan easily. His recent form in the remaining matches of the Pakistan Super League and then the Lanka Premier League spoke volumes about what Pakistan would be missing in New Zealand, but why cry over spilt milk now?

All in all, Pakistan will be going in the third T20I just to save face and even if they pull a rabbit out of the hat in the last short-format encounter, it would not be enough to cover the cracks which are quite evident in this T20I side.

With everyone’s eyes set on next year’s T20 World Cup, this tour and all the next T20I matches are a learning opportunity for the PCB management so that they don’t find themselves wanting when the mega event starts. 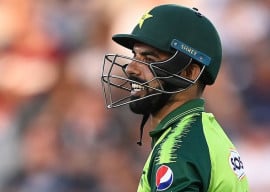 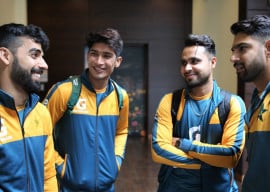